The outcome of Hannah Olson’s new documentary is no secret, and yet watching it all unfold is still a genuinely shocking experience

The Diamond Princess will go down in history as the ill-fated Carnival cruiseliner-turned-global spectacle that, after departing from Yokohama, Japan, on January 20, 2020, became host to the first coronavirus outbreak outside of Wuhan.

In the new HBO documentary The Last Cruise, filmmaker Hannah Olson pieces together smartphone footage shot by Diamond Princess passengers and crew members to document the entirety of their harrowing journey, from the discovery of the first case onboard to their eventual evacuation by their respective governments — all while the world sat by, naive to the escalating probability of a global pandemic. A little more than a year later, it is positively chilling to watch play out.

“I don’t think at that moment that people thought, ‘This is just the origin story of a virus that would come to involve the entire world, it would become a pandemic,’” she continues. “I think it felt like a one-off of that.”

In the film, the Diamond Princess exists as its own little ecosystem, boasting a population of 3,700 (2,666  guests and 1,045 crew members) experiencing the pandemic writ small. It follows three American couples — one elderly, another immunocompromised and a third, who, for all intents and purposes, seem to invoke blissful ignorance as a coping mechanism — who were forced to quarantine on board. In aggregate, the trio represent the broad spectrum of COVID-19 archetypes that we have all since become intimately familiar with.

But the film also follows a handful of crewmembers who live below deck, packed into extremely close quarters, sharing rooms with no windows and no other means of ventilation, and who spend the bulk of the onboard crisis working long hours and generally catering to quarantined — and in some cases, infected — passengers, all for as little as $3 an hour. Footage shows them cooking and hand-delivering meals in addition to operating as stand-in medical personnel for almost the entirety of the outbreak, continually putting them at risk of exposure. In doing so, they come to represent the way COVID-19 would disproportionately affect lower-income areas, people of color and essential workers throughout the pandemic — a huge segment of the population who never had the opportunity to feign ignorance.

“The boat is the microcosm of our globalized economy, with a very clearly delineated caste system. The Indonesian dishwashers, Filipino pastry chefs, American entertainers,” Olson says. “I wanted to see how the virus would reach across class lines really differently.”

The disparity is jarring. Equally so, according to Olson, is the fact that adjacent to the Diamond Princess outbreak, scientists and doctors were already drawing accurate conclusions about the future of the virus, like the fact that coronavirus had gone airborne and could be spread through asymptomatic carriers.

On February 10, 2020, Dr. Carter Mechler, Senior Medical Advisor for the Department of Veteran Affairs, noted in the now infamous Red Dawn emails, “The spread — no doubt — involves those without symptoms.”

Eight days later, two days after the evacuation of the American guests on the Diamond Princess began, on February 18, Duane Caneva, the Chief Medical Officer of the Department of Homeland Security wrote in the emails, “Seems to me a big challenge will be asymptomatic or mild symptoms in kids, spread through the schools, shed to parents who staff both categories acute and non-acute care clinics. If there are several days of asymptomatic shedding, how do you prevent spread to the vulnerable, high risk patients in each category?”

Eleven days later, Surgeon General Dr. Jerome Adams tweeted, “Seriously people- STOP BUYING MASKS! They are NOT effective in preventing general public from catching #Coronavirus, but if healthcare providers can’t get them to care for sick patients, it puts them and our communities at risk!”

In just under six weeks, 712 people contracted COVID-19 onboard the Diamond Princess — 14 of whom died. On March 1, the Indonesian crew members, after a public plea to their government, were finally among the last to be evacuated from the ship. It wasn’t until more than a month later that the CDC began recommending masks to the public.

Of course, hindsight is 20/20. It’s easy to look back at the early days of the virus and identify what went wrong, or what might have gone differently, even in the absence of a degree in epidemiology. That said, there are still a few important lessons to be gleaned from The Last Cruise.

The sentiment rings especially true in regards to the Diamond Princess, and for the cruise industry as a whole, though Olson’s objective was not intended to single them out. The overarching theme — salient, even still today — is one more so of missed opportunity and the consequence of delayed action.

And, more than that, the film is a testament to the resiliency of essential workers in the face of the unknown over the course of the past 15 months.

“The hospitality and food service workers in your life and who you encounter on vacation, tip them well,” Olson says. “I think it’s a time of reflection for the essential workers. I hope that the film inspires reflection on those who have had to work through the pandemic and expose themselves to the virus, and to danger.”

“[Because] beneath the terror, there’s this whole world of social dynamics playing out, with essential workers and who’s delivering food to our houses,” she adds. “So, hopefully, as we start to see the light at the end of the tunnel, we can look back and see some of the social implications of the virus.” 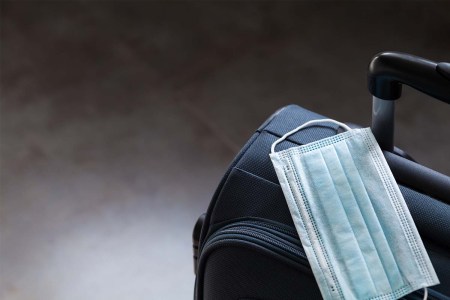 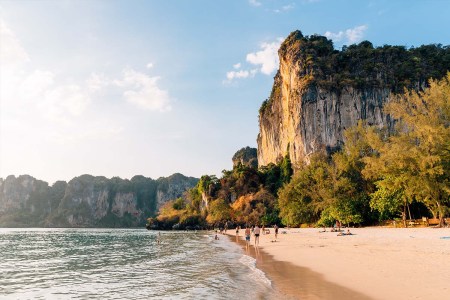 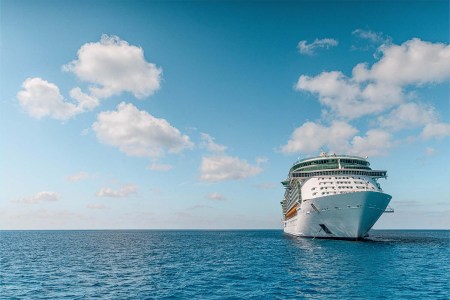