The Complicated Legacy of “Shortbus,” The Sex-Club Cult Film With a Heart of Gold

Director John Cameron Mitchell reflects on a provocative, endearing movie that was both ahead of and behind its time

John Cameron Mitchell’s 2006 film Shortbus — which comes back to theaters this week in a 4K restoration engineered by Oscilloscope Laboratories that commemorates the original release’s 15th anniversary — opens in auspicious fashion, with wayward soul James bringing himself to an ejaculation he also hungrily receives, both for the benefit of the little camcorder whirring a couple feet away as well as his own private enjoyment. It’s more difficult than it looks, and it never looked all that easy to begin with. Gravity and ballistics demand that he angle his pelvis directly above his face, a contortion possible only by hooking his feet onto the underside of a table-ledge while in what appears to be the middle of a backwards somersault. It’s a feat of determined athleticism, and that doesn’t even account for the labor that went into the shot offscreen.

“We’d told [the camera operator] what the scene would be, and he stuck it out, but I found out after the fact he was not comfortable holding the camera on [actor Paul Dawson] during this scene,” Mitchell relates to InsideHook from his new home in New Orleans. “He’d turn the camera away to take the pressure off Paul, but then by the time he’d turn it back, he’d missed it. And a guy needs time to reload just like a camera needs to reload, so we waited six hours and the cameraman missed it again! We came back the next day, but I forgot to bring the sound kit, which was an issue because in this scene, he’s crying and coming and we can’t just loop that in. But if you remember, he’s videotaping himself on that little DV camera for his own film, and that had sound! So our brilliant mixer took the sound from that and spliced it in. It was not an easy shot to get, very hard in many ways. And then, suddenly, not hard.”

Mitchell knew full well that starting with a bang — or at least half of one — would send a clear message to his viewers: get off or, uh, get off. Capturing the auto-fellatio was worth the added hassle it required, in that the whole of Shortbus’s rowdy yet softhearted spirit is contained within that determined show of onanistic will. James’s unshy solo act announces the film’s queer vantage, its comedy of bodily imperfection, and its belief in the utility of unsimulated sexual content. That last point was an important one for Mitchell, who aspired to more than mere titillation with the copious, authentic scenes of copulation scattered through the film. In keeping with the plot’s worshipful attitude toward the transcendent, therapeutic powers of coitus, he wanted the depictions of sex to be as varied, personal and meaningful as sex itself. We’re not watching a man swallow his own load for kicks; in time, we’ll come to appreciate this as a symbol for his impulse to isolate, shutting everyone else out so he can play with — and keep his hurt to — himself.

James is one in a handful of discontented New Yorkers who convene in their searches for satisfaction at Shortbus, a salon/performance art installation/orgy based on events Mitchell attended as part of the Radical Faerie countercultural underground. The characters all bring their own baggage to the post-bohemian, post-hippie get-togethers in the hope that because their angst has roots in the libido, maybe they can fuck the pain away. James and his boyfriend Jamie are talking about opening their relationship, seeing as “monogamy is for straight people.” Sofia has never had an orgasm, a block linked to her deeper lack of self-discovery. The dominatrix Severin can bend men to her mercy, but can’t bring herself to let one past her defenses. In each case, they bare the innermost parts of themselves when baring it all, to the extent that their performance can’t be separated from its most explicit moments.

With ease, Mitchell can rattle off a laundry list of his favorite films demonstrating the unique potency of real or otherwise graphic sex: Nine Songs, Battle in Heaven, Fat Girl, In the Realm of the Senses, Taxi Zum Klo, Sweet Sweetback’s Baadasssss Song, Un chant d’amour. “Oh, and The Brown Bunny, which wasn’t very good,” he adds. “Weirdly, me and [star] Sook-Yin [Lee] ran into Vincent Gallo in the subway while we were working on this movie and we told him, ‘Hey, we’re making a film with real sex too!’ and he said, ‘Whatever you do, don’t be in it. They’ll come after you!’” He couldn’t help noticing that these films all had an undercurrent of despair to them, that the sex often came bundled with suicide or some other tragedy. Though the specters of AIDS and 9/11 loom over Shortbus — “It’s like the ‘60s with less hope,” muses attendee Justin Vivian Bond — his goal was to imagine an oasis of acceptance lifting all visitors out of the “lockstep bloodthirsty patriotism” of the Dubya years and up to a nirvana of fulfillment.

Behind the outrageous set pieces that see the National Anthem sung into a man’s ass or one woman’s orgasm end the Northeast Blackout of 2003, there’s an earnest effort to foster nurturing and healing. “It’s a realistic kind of utopia, in that these characters are all damaged and working through it,” Mitchell says. “It’s not a dystopia, but the characters pretend toward utopia and fail. Which I think is better than dystopia as the only answer! All children’s literature is dystopia-focused now. That doesn’t seem like a great thing to teach your kids, that we’re all fucked, but there’s evidence for that, isn’t there? In our case, I’m fascinated by utopian communities — the experiments, the failures, the chosen families. It’s a queer thing to be interested in, because often queer people’s families won’t understand them or might reject them. So we find our own.”

On screen and off, Mitchell’s techniques rebutted the predatory side to sex that divides us into binaries of objects and consumers. The actors shared authorship with their director, choosing names and backstories informed loosely by their own experiences. They were given a script and then told to paraphrase all their lines in a vernacular that made them feel natural and comfortable, a trick Mitchell picked up from John Cassavetes and Robert Altman. “We borrowed from their lives, with me constantly asking how they feel about where we were at,” he says. “With Sook-Yin, I asked her how we could make her as comfortable as possible around the crew. ‘Why don’t we do a rehearsal where all the crew is nude?’ she said. So we did! It was just me, the cinematographer, and another sound person, but it really helped. We were like, ‘Oh, god!’ for five minutes, and then we all got over it.”

Despite the scandalizing potential Vincent Gallo prophesied, Shortbus generated only a modest amount of controversy in 2007. The expected watchdogs decried the infiltration of “pornography” to wholesome movie theaters. Actress Sook-Yin Lee was dismissed from her job at the CBC and reinstated in the wake of a petition chockablock with celebrity signatories, and a ban on the film in South Korea was lifted after extensive judicial review. “But we weren’t big enough to really get on the right-wing radar,” goes Mitchell’s reasoning. “Though the real victory there was that the Korean Supreme Court had to watch the movie. I’d love for the US Supreme Court to see it.”

No longer mistaken for a smutty novelty, the film returns to a world with drastically changed notions about sex and cinema. The once-outré sensibility of kink has drifted toward the mainstream, now the stuff of premium cable and Oprah-approved short story collections. But at the same time, the U.S. film industry has been thoroughly neutered in the interim, mired in what Mitchell calls a “sex-panic” due in part to the past decade’s revelation of how pervasive abuse has been in Hollywood. “Today, I think the pushback on the film would probably come from the left rather than the right,” he says. “There’s a panic about sex among Gen Z, a concern that if someone’s having sex they must be getting exploited. Young people are having less sex, maybe because the IRL experience has gotten scarier … It feels like a good time for Shortbus to come back out.”

Posterity has suspended Shortbus between trends, ahead of its time in its unabashed sex-positivity but alienated from the present in its willingness to show it. Even so, Mitchell’s prescience leaves him with the last laugh. For one, he anticipated Grindr with the proximity-based hookup app Yenta. (“My lawyer told me I couldn’t patent it unless I actually made it. I’ve never spent time thinking about how to make money, though I probably should. It’s more fun to imagine having it.”) Moreover, his open-mindedness about fidelity has bled into the monoculture, with twentysomethings and married couples alike adopting polygamy in increasing numbers. (“You may remember, the worry was that the gays would redefine marriage. Well, it could use some redefining!”) As for what he sees in the fate of his horny, impassioned cult classic: “I’d love someone to adapt Shortbus for the stage. Real sex on stage, every night! Why not?”

In his sensitive collaborations with his actors and his trust in eroticism as a deeper narrative engine, Mitchell formed a carnal refuge in a confusing, conservative America. Whatever your anxieties about the current state of the nation, this pansexual haven invites you to come as you are. “With sex, there’s no need to be scared,” he says. “I grew up Catholic and sex-phobic myself, so I understand it. But with this film, I wanted to de-mystify, to use sex in a way I hadn’t seen before … One of the actors said, ‘Hey, we’re doing all this, you might as well have sex too.’ And I said, ‘Okay, what should I do?’ ‘Well, you either get fucked up the ass, or you’re gonna eat pussy!’ And I’m like, ‘I’ll try the latter restaurant, which I have never visited.’ So there’s a scene where I’m, you know, downstairs. And it went great! And I never could have done that with another film.” 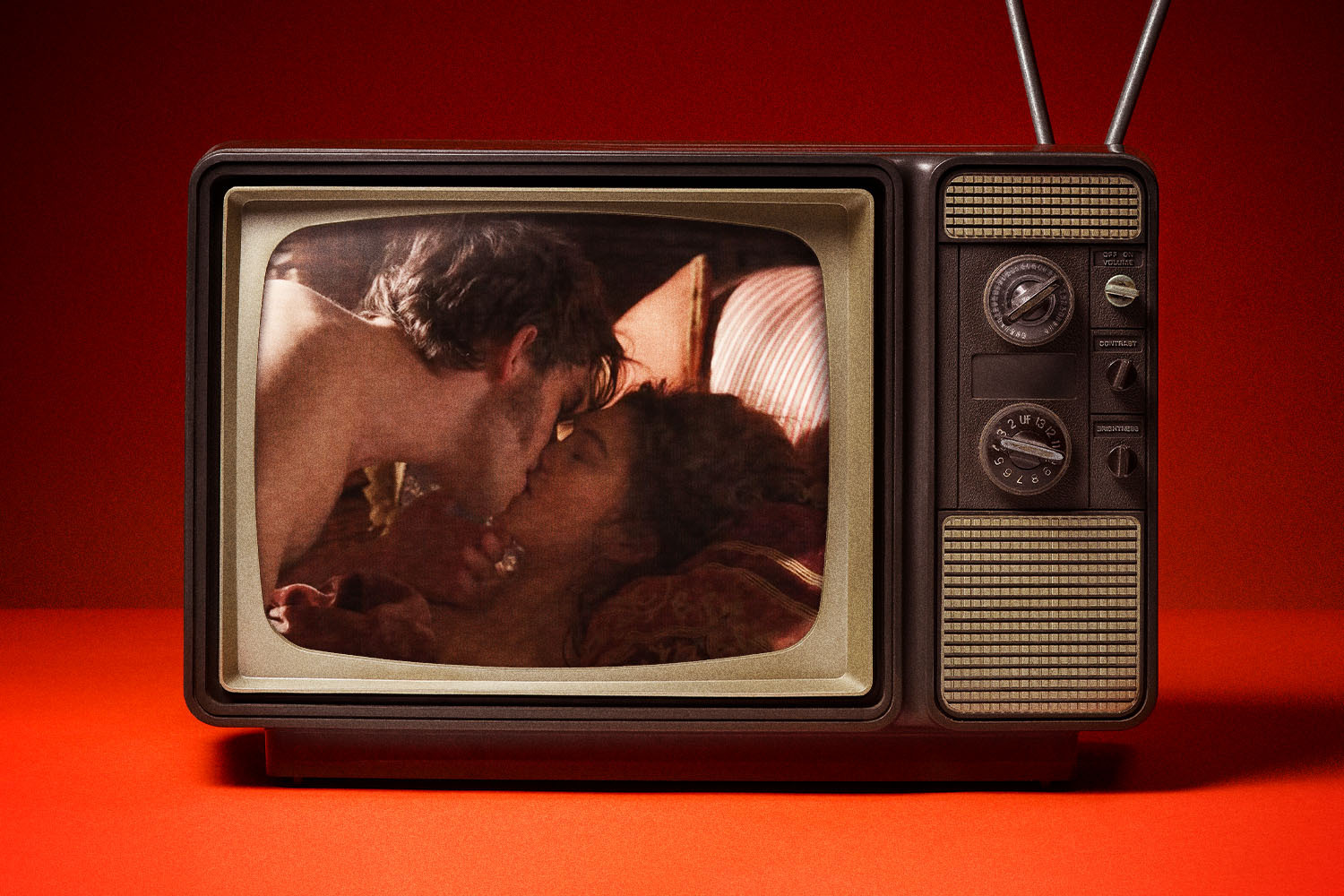 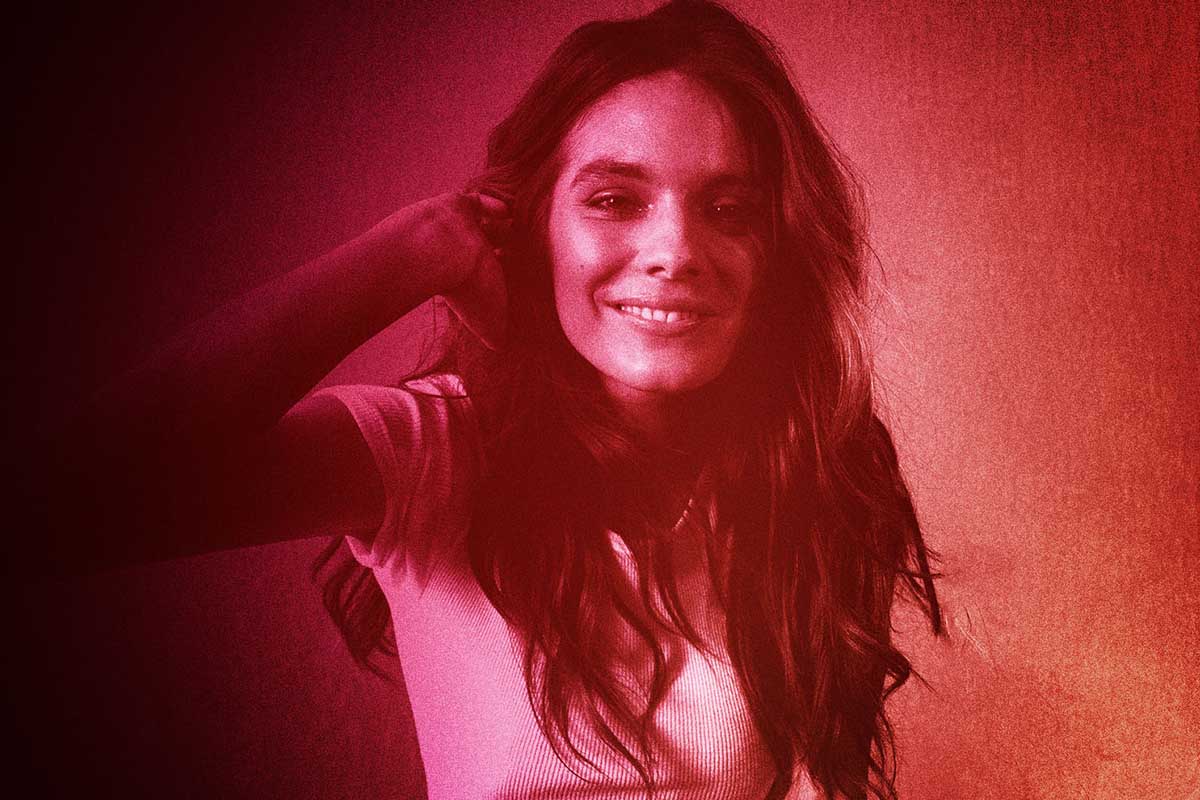 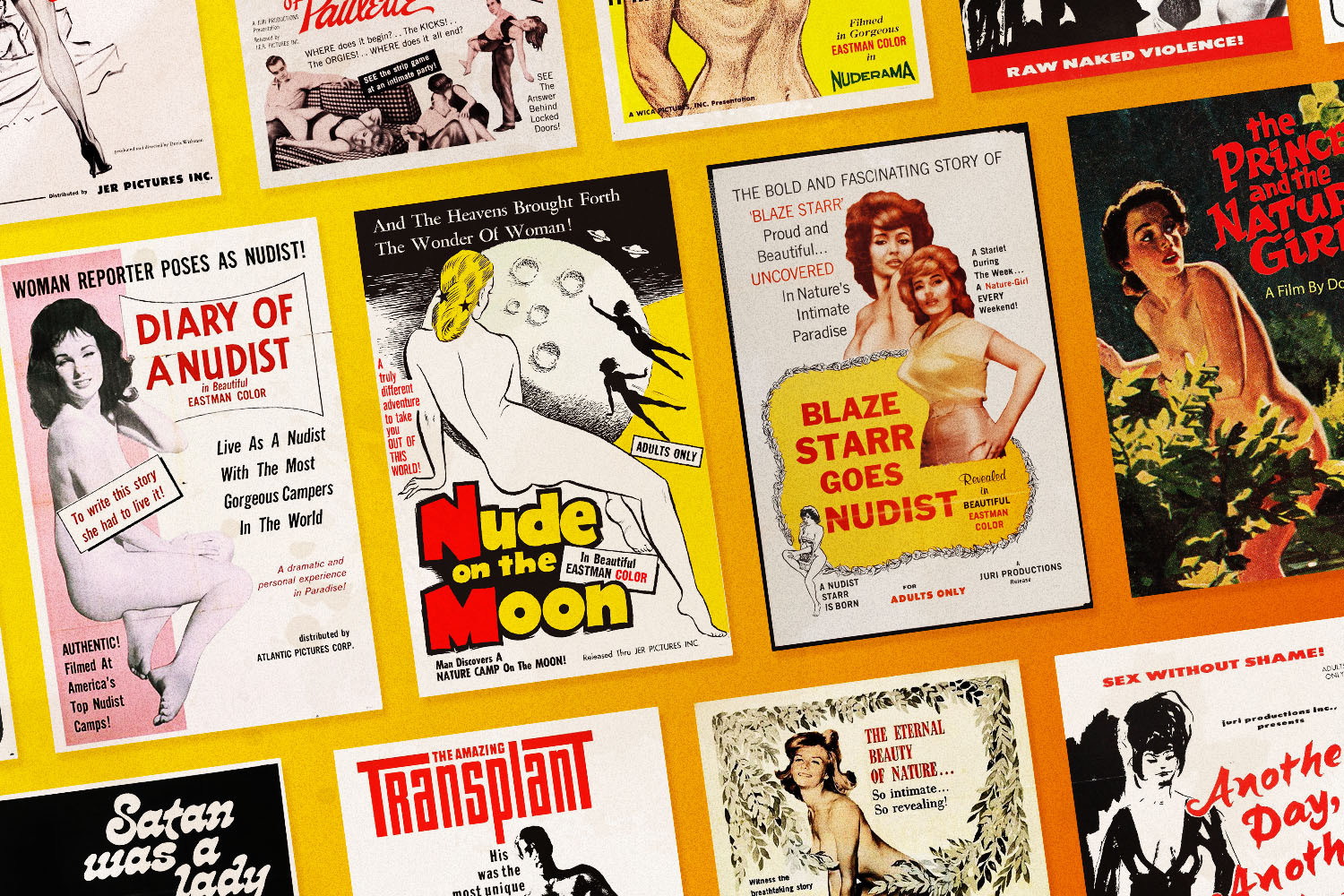 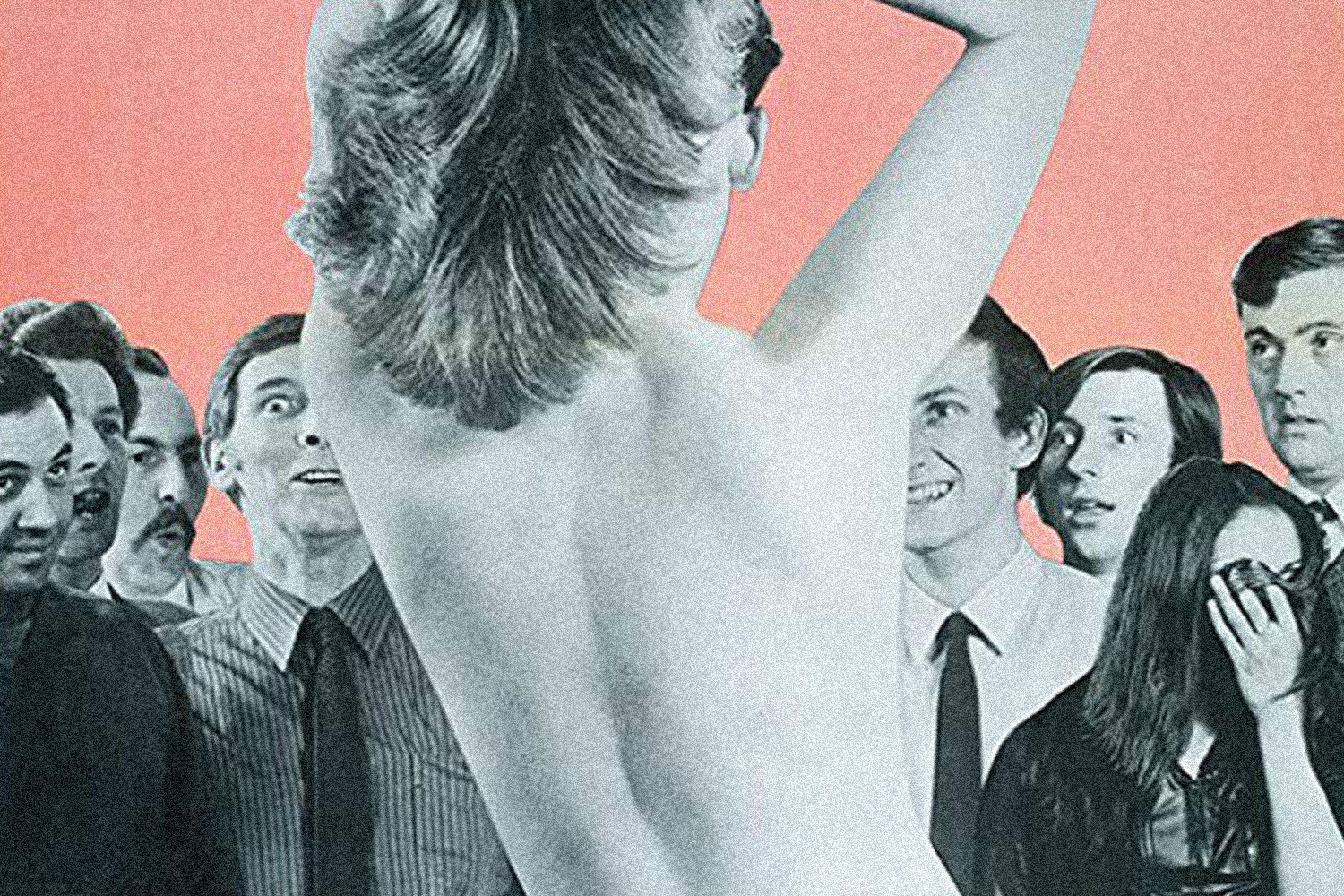