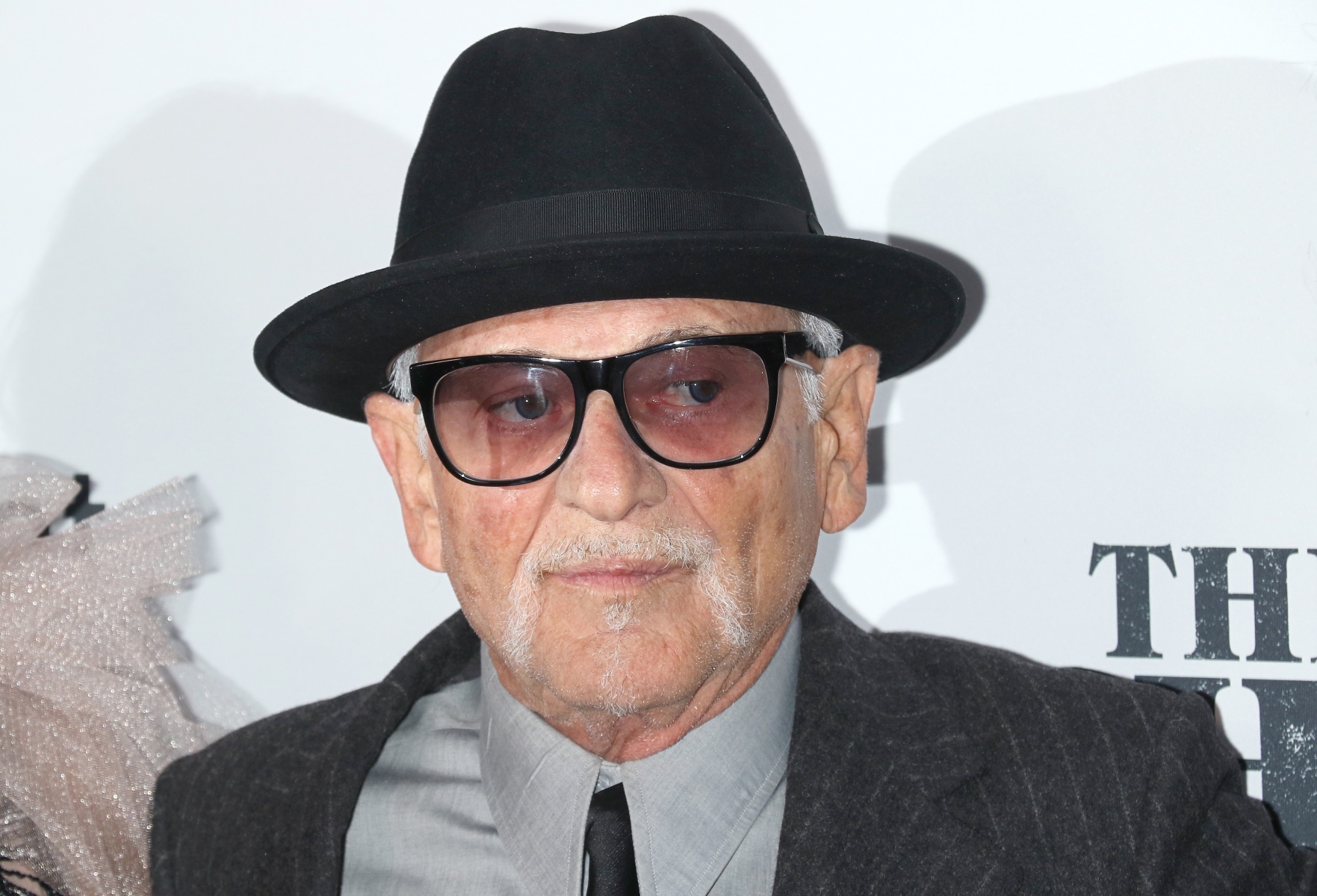 Pesci is enjoying his retirement (Photo by Jim Spellman/WireImage)
WireImage
By Charles Bramesco / November 27, 2019 6:00 am

The gang was all there at the New York Film Festival’s press screening for Martin Scorsese’s late-phase masterpiece The Irishman back in September: Marty himself, Al Pacino, Robert De Niro and in one of an increasingly scarce number of public appearances, Joe Pesci. Resplendent in Marcello Mastroianni shades he refused to take off for the duration of the post-screening onstage Q&A, Pesci sat largely in silence as moderator Kent Jones talked through the thorny meditation on mortal sin and Teamster politicking. Jones lobbed one question Pesci’s way, a general inquiry about whether he could speak on the motivations compelling him to return to acting after his self-proclaimed retirement in 1999. Pesci responded in characteristically terse fashion: “No.” Frankly, most of us were just surprised he showed up at all.

Outwardly, it would appear that Joe Pesci of the year 2019 could not possibly give less of a shit. But the film that had wound up moments earlier told quite a different story, a narrative supported by the scant, curious body of work Pesci’s undertaken in these “post-retirement” years. Much like Michael Jordan or Jay-Z, retirement has turned out to be nothing more than the latest phase of an ongoing career, albeit a far less prolific one in Pesci’s case. The handful of performances that he’s turned in since calling it quits-but-not-really paint a portrait of an actor who only takes a gig when he feels like it, or when the offer comes from a good friend. And yet he’s not coasting on the selling point of his own celebrity like some (but not all) Adam Sandlers one could mention. He’s never once mailed it in — he acts like he doesn’t even know how.

During my high-school years, one of my instructors offhandedly dropped a pearl of profundity that’s long stuck with me, musing that “I love teaching, but hate being a teacher.” This is how Joe Pesci regards the blessings and burdens of movie stardom, a notability that permits him to do great work with esteemed collaborators while also dealing with a lot of associated baggage. He has an open contempt for all the extraneous B.S. attached to being an A-list actor, a station of which actual acting comprises at most 50 percent. When he announced that he’d throw in the towel and make Lethal Weapon 4 his final film role, all he really retired from was playing ball with Hollywood.

Pesci reshaped his working life into something easier and more agreeable, which would allow him more time to do the heavy-duty capital-A Acting he’d made his stock and trade, versus less time doing everything else. He broke his self-imposed eight-year exile in 2006 for his dear buddy Robert De Niro, who was directing The Good Shepherd at the time. Pesci’s presence in the film is limited but memorable, presumably filmed over no more than a couple days on-set, all of the fun stuff with none of the headaches. He plays classically Pescian wiseguy Joseph Palmi, a gangster getting played into opposing Castro as part of some CIA subterfuge. In his big scene, he delivers a stirring monologue about heritage and the W.A.S.P. lack of it, the sort of speech that a thespian can really sink his incisors into.

He wouldn’t take his first proper leading man role again until 2010, when he teamed with Taylor Hackford (who’d later get the elusive De Niro to star in The Comedian in 2016, raising the question of what kompromat he got on them during his tenure as President of the Director’s Guild) for Love Ranch. As legal brothel proprietor Charlie Bontempo, he’s introduced lighting a cigar with a hundred-dollar bill rolled around the end. Pesci gets to do a lot of what could be fairly classified as “baller shit” in his purview as Jersey-bred Nevadan entrepreneur Bontempo, a greaseball in a cowboy getup. He manhandles the working girls in his employ, and in one scene rhapsodizes on his lost youth while receiving a blow job. Pesci gets the chance to show off his chops as a singer, the side hustle he’s cultivated since before he gained fame as an actor. He does the quintessentially Joe Pesci thing of threatening some jamoke with a seriously aggressive rhetorical question, grabbing a debtor by the collar and roaring, “You want me to look like a fuckin’ scumbag?” He’s not coming right out and asking if the guy finds him funny (like a clown), but he might as well be.

It’s all one big callback to Pesci’s star-making roles as Italian-Americans with similarly short fuses in Goodfellas and Raging Bull, but Pesci elevates the material on the conviction of his performing. He gives his all to the phony Southern accent Bontempo puts on for media spots, and he summons real heat for the drag-down arguments he has with his business partner/wife (Helen Mirren). When Bontempo jams his fist into some poor bastard’s mouth as a show of violent intimidation, that’s really Pesci’s fist down the dude’s gullet. “I think Joe finds acting to be a painful experience,” Hackford told the Boston Globe in an interview around this time. Pesci puts in the effort to make us believe it.

Aside from reading the brothel as a metaphor for filmmaking and the friction between its creative visionary Bontempo and the manager keeping everything together as an analog for the tension between director and producer, Love Ranch is no great shakes. But it doesn’t matter whether he’s doing some second-rate indie, stealing scenes in a modern landmark like The Irishman, or popping up in this frankly inexplicable Snickers commercial. He’s a consummate professional, and he shows up ready to put the time in. Though at the same time, this Pesci has relaxed his attitude toward acting as labor, allowing himself to take it a bit easier as he enters the twilight years. For him, that means getting the pleasure he can get from his craft, doing the press when he must and gifting us all the occasional “no.”