“The Invitation,” “Day Shift” and the State of the Vampire Movie

A scene from "The Invitation"
Sony Pictures
By Jesse Hassenger

Did the Twilight Saga succeed where so many vampire hunters have failed over the years and actually kill off cinematic bloodsuckers? Not exactly; in the decade since the five-movie series ended with Breaking Down Part 2, some vampire movies have been released. Some of them, like the underseen Byzantium and the droll Only Lovers Left Alive, are quite good. They’re also nearly a decade old, and skew more art-house than mainstream. Meanwhile, horror’s continuing popularity during this period has moved it in other directions — aided by the fact that the Twilight movies, whatever their charm as romance or soap opera or camp, are not especially strong adherents to the horror genre. Now, as summer slowly turns to fall, two high-profile vampire-related movies have arrived; both The Invitation (now in theaters) and Day Shift (now on Netflix) attempt to untame creatures that were virtually defanged by some of the most popular vampire movies ever made.

The Twilight movies presented a family of vampires who weren’t just good guys, but in the case of Edward (Robert Pattinson), a hopeless — in the sense of being both passionate and insufferable — romantic, lavishing attention upon unassuming Bella (Kristen Stewart), the creepiness mostly subtextual (and seemingly oblivious). It makes a kind of sense that the most popular vampire movies in their absence feature the next step in domestication: the parenting-centric, murder-free narrative of the four Hotel Transylvania movies, kid-friendly cartoons where Dracula is happy to subsist on synthetic blood. There’s so little visceral thrill in the Twilight Saga that their game stars, Stewart and Pattinson, had to head elsewhere for a more genuine goth fix: Personal Shopper, The Batman, David Cronenberg movies.

Maybe the popularity of the horror-drained vampire stories is why The Invitation often feels like it’s starting over from scratch. Treating these creatures almost as if they’re obscure figures, it holds the confirmation that the movie is about vampires for well into its second half. (The trailer evinces no such reluctance.) Then again, any students of the genre will have their suspicions when scraping-by Evie (Nathalie Emmanuel) is invited by distant, wealthy cousins to attend a lavish wedding at a gothic-looking castle. Evie has no living immediate family of her own, and there’s undeniable novelty in this young Black woman finding out she bears some relation to a family of posh, white English people. At the wedding, she meets Walt (Thomas Doherty), a pasty and handsome friend of the family with a grin somewhere between dashing and rictus. Can we see where this is going?

I’ll leave the specifics of the vampirism in The Invitation unspoiled; suffice to say that it dovetails neatly — perhaps too neatly — with an easy-to-read eat-the-rich sentiment, sort of an “eat the rich, before they eat you.” More compelling than the movie’s thin social commentary (largely bitten from the snappier vamp-free horror picture Ready or Not, among others) is its reset of creepy gothic romance. The leading lady is still a beautiful, charismatic actress pretending to be a “normal” human, noticed by an alluring and powerful man — though at least The Invitation has the good sense to tie up its heroine’s supposedly lower status with notions of class and race, rather than pure false-modesty flattery. Moreover, much of The Invitation has an old-fashioned sense of creaks-and-crackles horror, with Evie exploring a luxuriously foreboding manor and catching on way too slowly that there might be something untoward beyond the usual rich-white-people stuff.

At least the movie includes that realization, the lack of which made Twilight so consistently, almost ironically anodyne, especially as it went on. (Catherine Hardwicke’s first installment at least maintained a touch of woozy adolescent danger.) Walt is the one given to false modesty here, with lots of playful talk about his “redeeming” qualities as Doherty bites into his role with a slow, lusty satisfaction that looks almost indecent. Director Jessica M. Thompson follows his lead and winds up teasing everything out too long, leading the movie to sag right when it should really uncork, wasting its connections to some horror classics. The filmmakers, like so many working on current horror projects, seem desperate to infuse some of that Get Out magic, sacrificing a sense of the uncanny or erotic for weak shots of snark — a word Evie actually misuses early on to describe something Walt says. (He’s actually being pompous, not snarky.) It’s the perfect indicator that The Invitation works better as sincere homage to an older strain of horror, with its shadowy figures glimpsed in the cavernous mansion, or clawed fingers pushing through the covering of a four-poster bed. It’s nothing horror fans haven’t seen before, but at least it wants to play in its actual genre.

Even a half-measure of horror bona fides is a refreshing change of pace for a Screen Gems horror movie, as this Sony subsidiary long favored action-horror hybrids like their Resident Evil and Underworld series. The vampire-centric Underworld movies, a couple of which were released during the Twilight era, are half palace intrigue, half horror-as-action. If The Invitation is taking up a simplified version of that intrigue, Netflix’s Day Shift has its eye on the action. Style-wise, Day Shift doesn’t imitate the slick, black-leather-and-ice-blue of Underworld and its sequels. Instead, it goes full-color California, with action scenes orchestrated by director J.J. Perry, a longtime stuntman and stunt coordinator. The movie cares about vampires only so far as they present fight-scene challenges, and Perry seems delighted to figure out ways Bud (Jamie Foxx) a blue-collar vampire hunter, must bend, flip and dodge in order to eventually cut off a vampire’s head (his preferable form of extermination, because it preserves the valuable fangs, which can be exchanged for big cash payouts — just part of the movie’s amusingly quotidian but still-endless lore).

Bud is paired up with pencil-pusher Seth (Dave Franco), a union rep for vampire killers assigned to monitor Bud, who’s desperate for the more regulated union payouts, rather than the endless hustle of freelancing. Like The Invitation, Day Shift positions the vampires — or the worst of them, anyway — as part of the one percent, more pointed about their unavoidable aristocracy than the Twilight model of the noblesse-oblige vamps pitted against more conniving factions. Both movies also avoid really making this detail genuinely insidious or visceral in any way; it’s mostly theory, which is death for a scary movie.

That’s ultimately how the shadows of Twilight remain cast over these vampire movies a decade later: Their accidental innovation that vampires don’t really need to be scary, freeing them up to represent a wider (and sometimes vaguer) range of anxieties and obsessions, and losing some of their power in the process. No wonder Day Shift’s Bud can only assert the status of these “real” vampires by talking about what they’re not: They “ain’t Brad Pitt,” or “blood raves” (referencing Blade). “It’s not Eclipse, it’s not New Moon,” he goes on. Seth objects to this dismissal, especially when Bud dares speak ill of Breaking Dawn Part 2, which he considers a spectacular climax: “Bella has her baby now, it’s insane!”

The movie winks at Franco saying this, probably not least because he sounds like any number of pop-culture junkies back in 2012. But Day Shift and much of The Invitation are no more distinct in their vampire characterizations than Breaking Dawn, where a single surrender to human-vampire sex leads straight into parenthood. Despite additional gore, these movies might ultimately offer even less: here, vampires are ultimately just targets for the heroes’ righteous self-defense. However unintentionally, the vampire class of 2022 represent how demystified these creatures have become —and how much effort it may take for them to frighten us back into their thrall. 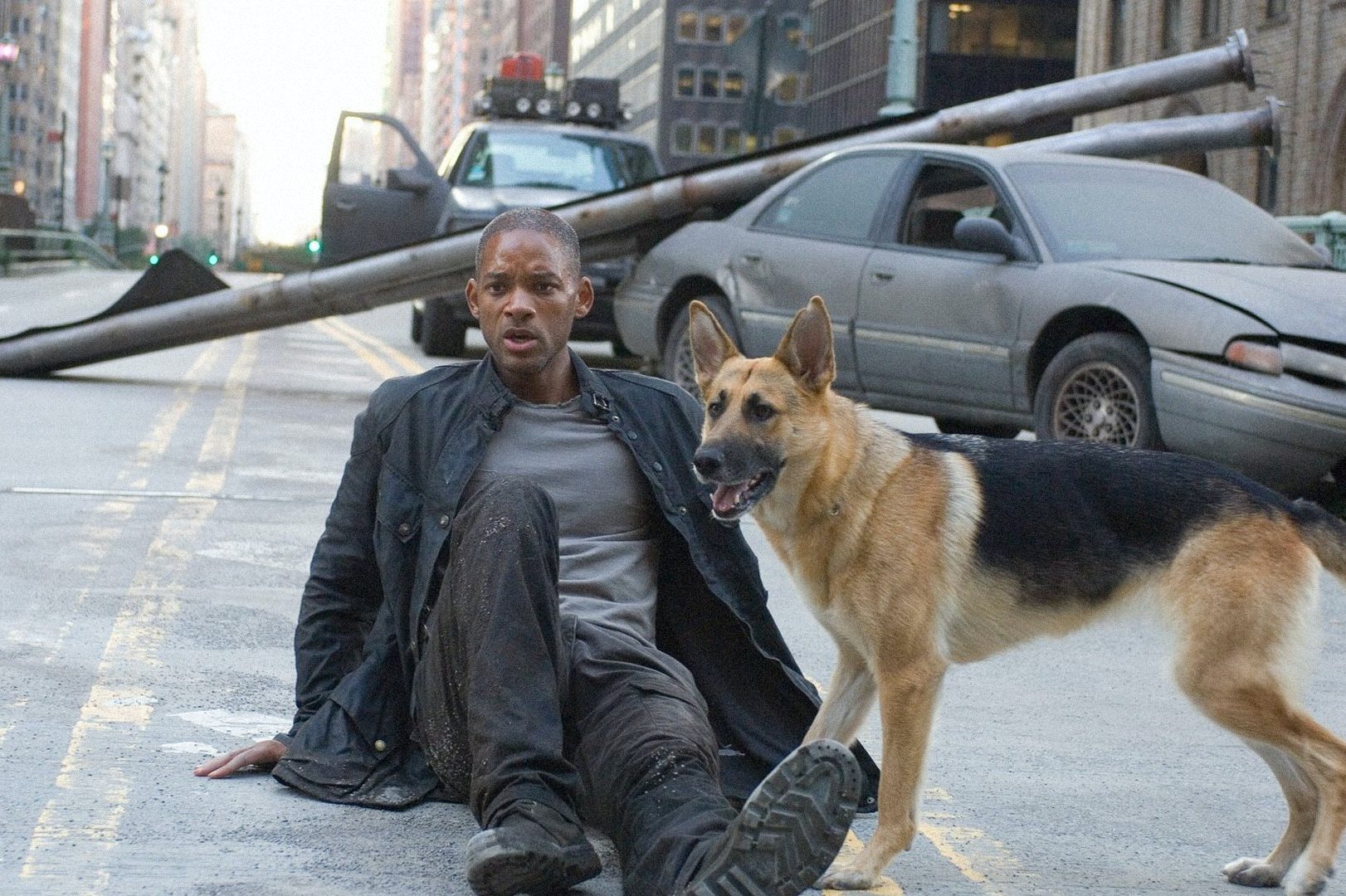 The Screenwriter of “I Am Legend” Would Like to Remind You That the COVID-19 Vaccine Will Not Turn You Into a Vampire
How Do You Feel About Delightfully Bizarre Vampire Mermaid Thrillers? 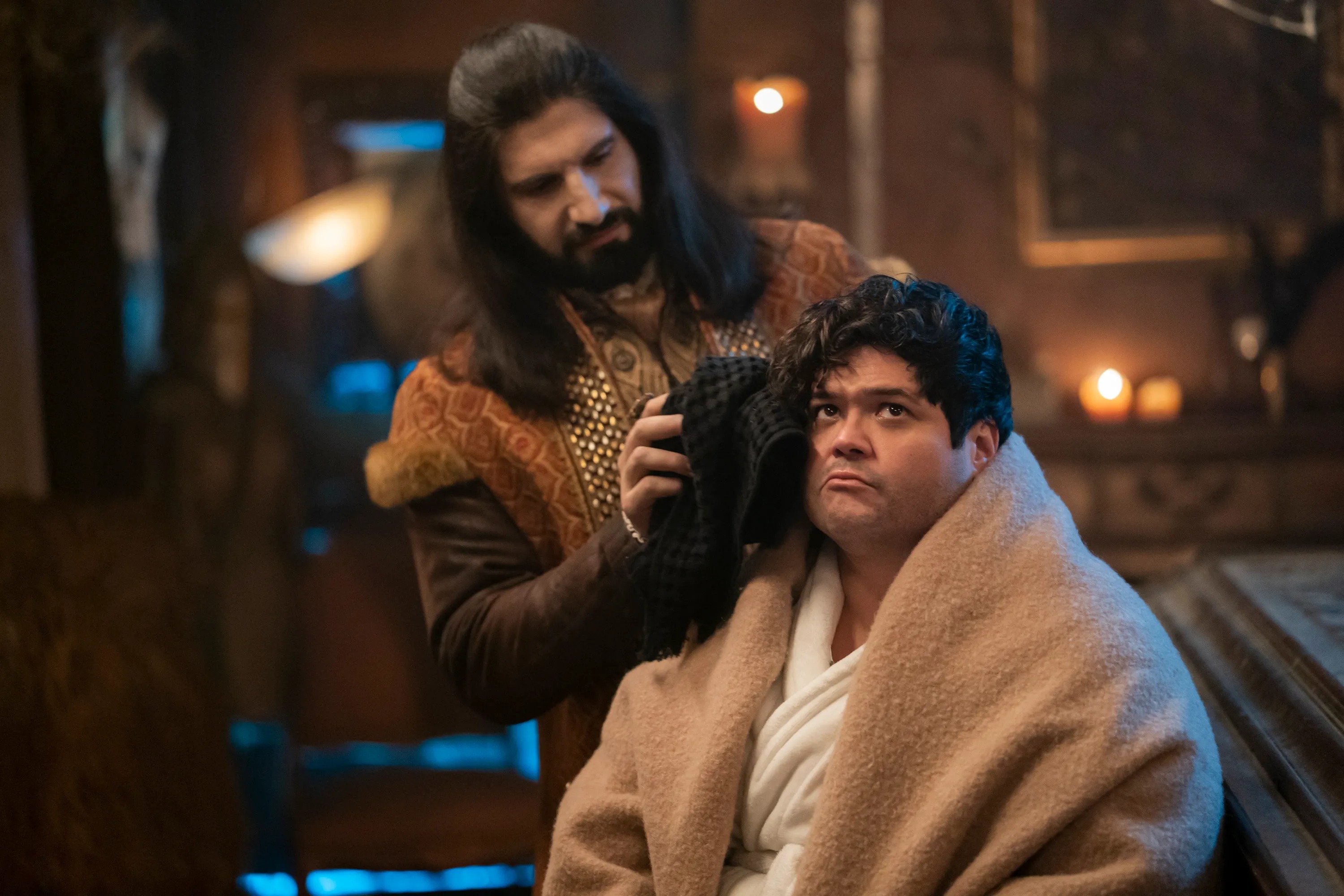 The Absurd, Weird Masculinity of “What We Do in the Shadows”