What Do Actual Dog Handlers Think of “Best in Show”? An Investigation.

"Yes, I have had clients that are the Busy Bee people.”

Don’t call it a “mockumentary.” Best in Show, Christopher Guest’s brilliant canine comedy that turned 20 this month, is many things — an eternally funny send-up of American dog shows, a perfect vehicle for the late, great Fred Willard, the film that cemented Eugene Levy and Catherine O’Hara’s strangely enduring knack for playing a married couple. It may even be the greatest dog movie of all time, in large part because it’s not really about dogs, but instead the eccentric and obsessive humans who love them and train them and parade them around in competition at dog shows. (And because no dogs die in it.)

But “mockumentary”? Guest hates the term — “the word that shall not be spoken,” as he once called it. Yes, like all of Christopher Guest’s most beloved films (Waiting for Guffman, A Mighty Wind), Best in Show is structured in a faux-documentary format examining a quirky subculture and its dialogue was improvised by the cast, but it wasn’t meant as mockery.

In fact, Guest and Levy (who co-wrote the film and plays Gerry Fleck, an insecure terrier owner with two left feet), plunged themselves into deep research, attending dog shows large and small, in order to convincingly portray a caravan of oddball dog owners competing in the fictitious Mayflower Kennel Club Dog Show (likely based on Westminster). In a recent Vulture interview, Levy described having to be trained in how to handle and show the dogs. “You just wanted to make sure you were doing everything the way you were supposed to be doing it,” Levy said, “because you had a sense that dog show people would be watching this movie. And what you didn’t necessarily want was for them to say, ‘No, no no. That’s no way to walk a dog.’”

Well, what do dog show people think of the movie? For years, I’ve wondered whether real-life dog handlers and breeders like Best in Show and its outlandish depiction of their curious world as much as the rest of us do. In honor of the film’s 20th anniversary, I decided to ask them — and the reviews were generally paws-itive (sorry sorry, I’m trying to delete it, but I’ll leave it up to my editor).

“I loved it,” says Valerie Nunes-Atkinson, a second-generation German Shorthaired Pointer breeder and all-breed professional handler. (Nunes-Atkinson’s dog C.J. was the 2016 winner of the Westminster Kennel Club Dog Show.) “I think most people in our sport and industry loved it. There were a few people that didn’t take kindly to it.”

When Best in Show came out in 2000, Nunes-Atkinson had already been entrenched in the dog show world for nearly 30 years. (She was raised in a family of breeders and began competing in shows at the age of seven.) Many of the film’s far-flung characters looked familiar to her. “I could tell you who those people were that they modeled each couple or character around,” Nunes-Atkinson says. “That was what was so funny about it. And that’s what we really got a kick out of. We can see ourselves in those people. We can see our clients in those people.”

Even the neurotic yuppies (played by Parker Posey and Michael Hitchcock) who drag their Weimaraner to couples therapy and go into meltdown mode when they can’t find the dog’s preferred Busy Bee toy?

“Yes, I have had clients that are the Busy Bee people,” Nunes-Atkinson says. “Just so neurotic. I have assistants that work for me. And you know, we know who those clients are … They’ll tell us about all the issues the dog has — problems it has and whatever — and it’s just a perfect angel. As in most issues with dogs, usually the issue is with the owners, not with the dog.”

Nunes-Atkinson’s favorite set of characters, however, is the flamboyant couple (played by John Michael Higgins and Michael McKean) who adoringly dote on their Shih Tzus. “I loved, loved, loved the Shih Tzu couple,” she says. “I mean, I have friends that I think that couple could be.”

As for the depiction of the dog show itself, “I remember it being kind of spot on,” Nunes-Atkinson says. (She once knew a real-life American Kennel Club judge, Dany Canino, who not only has a cameo in the film but also helped train some of the actors behind the scenes.)

Gail Miller Bisher, a second-generation dog person who serves as director of communications for the Westminster Kennel Club and Dog Show Analyst for Fox Sports, also expresses fondness for Best in Show. “I found it hysterical!” Bisher tells me as parrots squawk in the background of the call. “I felt the characters were a little over the top, but that’s Christopher Guest, right? One of the best things about dog shows is that we attract people of all kinds. There are a lot of different personalities and income levels, education levels.”

For Bisher, the pairing of character and dog breed seemed particularly on point. “It kind of falls back to people looking like their dogs,” she says. “[Eugene] Levy was always wearing a tweed jacket, and he had the terrier — that’s what a terrier man would probably wear, a tweed jacket. Because most terriers are English breeds, so oftentimes there are English or Irish or Welsh influence in how people might dress when they’re showing them.”

Bisher also agrees that the Busy Bee sequence is as revealing as it is hysterical. “Most people aren’t gonna panic if you can’t find a dog’s toy,” she says. “But there are superstitions. Like, if you don’t have your lucky socks, or if you don’t have your lucky leash, and it’s a big show, you might feel a little unsettled. You want everything to be perfect. You’ve worked really hard to get to the dog show point.” 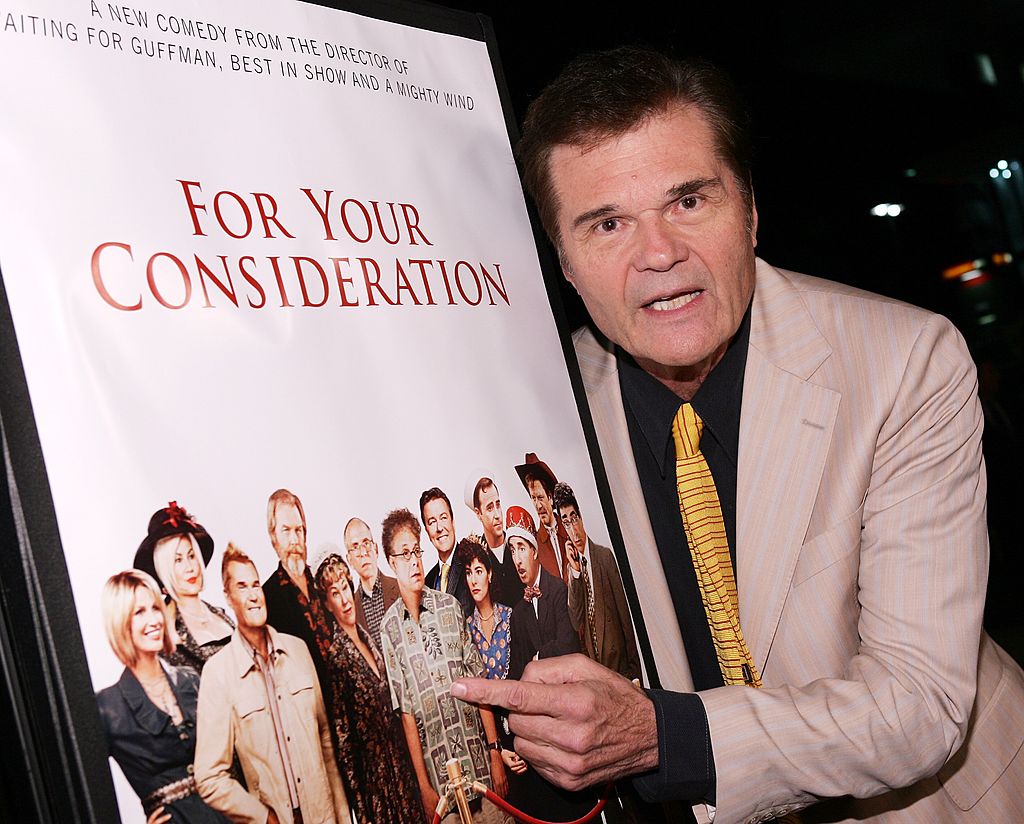 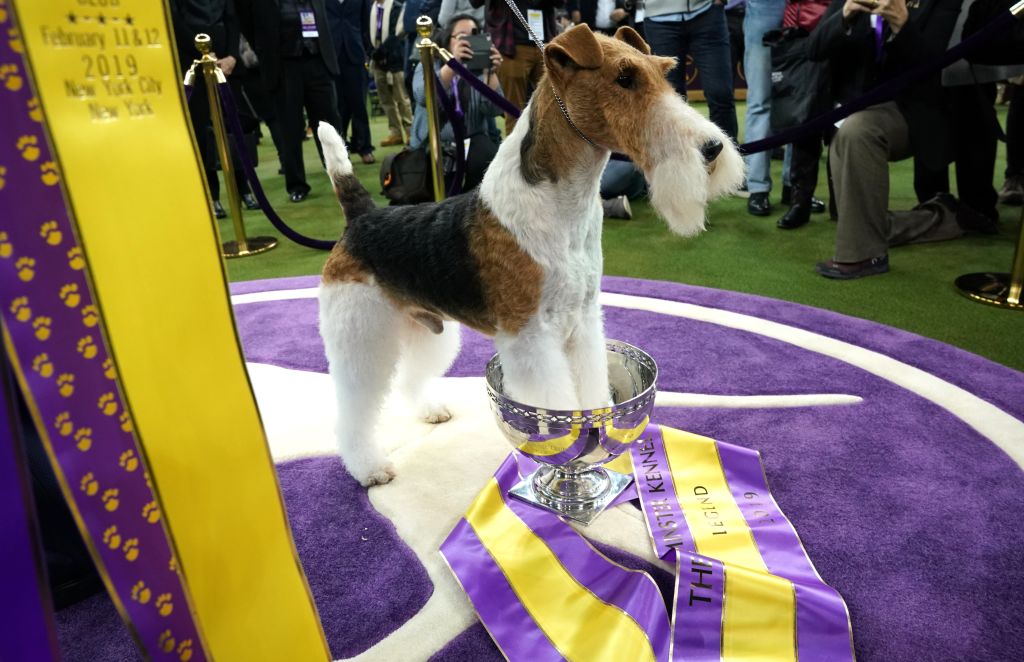 In the movie, the troubled Weimaraner, Beatrice, is disqualified when she jumps on a judge. That may be a cautionary tale for real handlers. “The first thing about dog handling is, the dog feels whatever emotion you’re feeling,” Bisher says. “It goes right down the lead. If you’re anxious and nervous, the dog’s gonna feel anxious and nervous, which would not be good for show dogs.”

Bisher also sees some truth in Harlan Pepper (played by Guest), the nut-naming Southerner who talks gibberish to his Bloodhound and thinks the dog is capable of telepathy. “If you are training or grooming a dog for hours, or traveling with a dog to go to dog shows, you are gonna know what they’re thinking and they’re gonna know what you’re thinking,” she says. “You have a very close bond.”

It should be noted that not all dog show veterans find Best in Show amusing. While reporting this story, I reached out to Gordon Garrett, a longtime German Shepherd breeder who spent about 40 years judging dog shows, primarily in Canada. (Garrett recently turned 90, and has been maintaining a blog about dog shows called “Dog Talk.”)

Garrett had never seen Best in Show, but when I tell him about it, he agrees to watch some clips on YouTube. He’s unimpressed. “I figured that they treated the whole dog-breeding business as a big joke,” he tells me. “And it’s very serious.”

Garrett particularly disliked the scenes in which Trevor Beckwith and Fred Willard provide commentary on the Mayflower Dog Show, with Willard stealing the show as a fast-talking, irreverent smart-ass. “They joked about the woman judge and about looking at the ass of the dogs,” Garrett says. “They weren’t looking at the ass. The judges were looking at how the dog went away. And how true its legs were. Looking for things like loose elbows or feet. So I felt that the clips — the whole thing, from what I could see — is people who knew nothing about the dog game at all were making a joke of it.”

Of course, Willard is making a joke out of it, which is why the performance is such a favorite among Best in Show fans. (As Levy explained to Vulture, “The dog show itself was as legitimate as we could make it, and Fred was the secret ingredient.”) But Garrett isn’t the only one who objected — reportedly, the Willard character was inspired by a real broadcaster, Joe Garagiola, who had hosted the Westminster Dog Show despite his apparent disinterest in learning about dogs, and who himself told a CNN journalist: “I think Fred was playing me … I thought the satire went over the top.”

Nunes-Atkinson, though, thinks it’s good for dog show people to make fun of themselves every once in a while.

“Most people, when I tell them I show dogs professionally, they’re like, ‘What?? You do what?’” she says. “It is odd. And to be able to look at that and kind of poke fun at yourselves — there’s nothing wrong with it.”