Fall Movie Preview: The 20 Films to See Between Now and December

But just earmark all the Oscars for Mr. Rogers 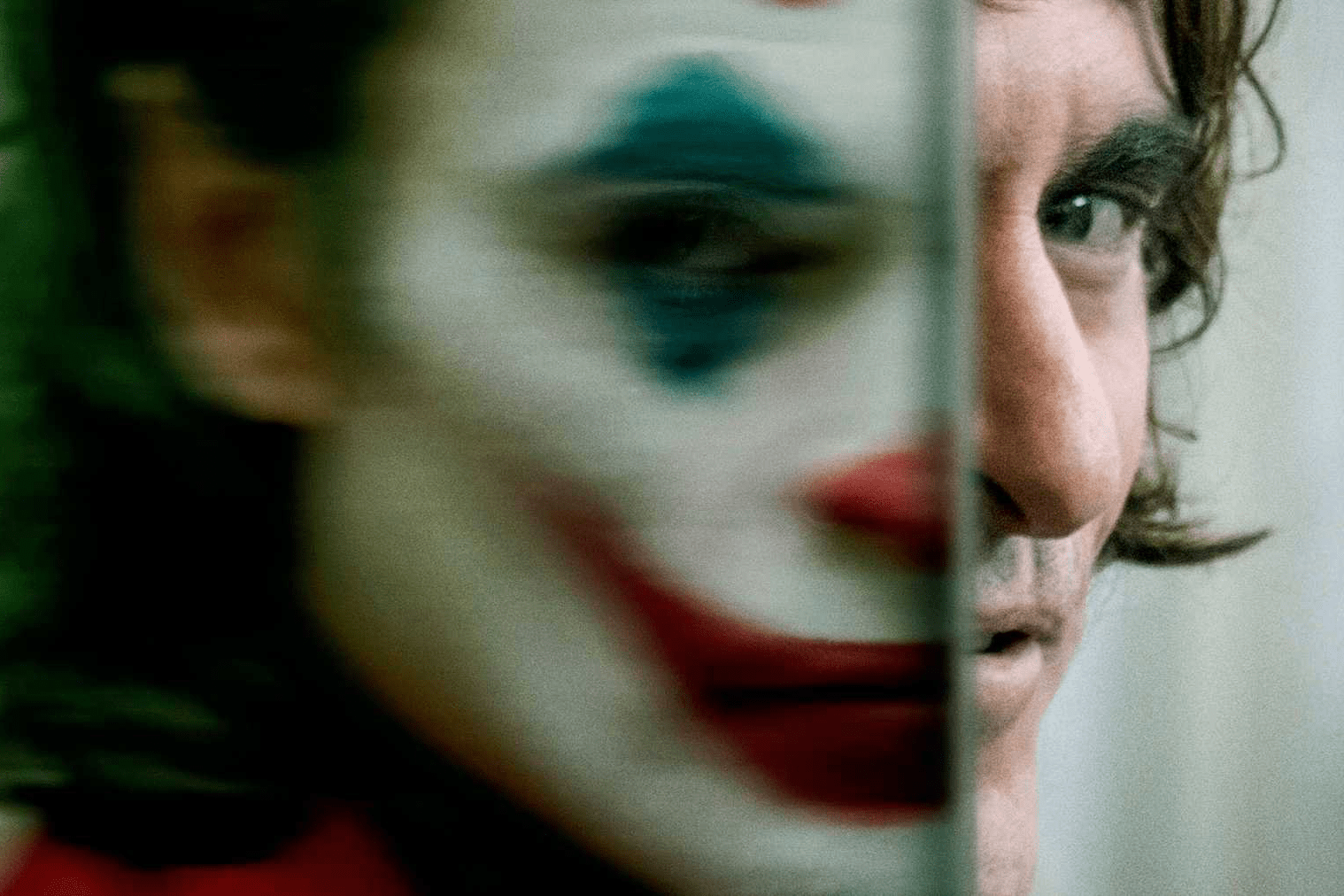 No more Hobbs and Shaw, no more Disney live-action remakes, no more Avengers spinoffs. Summer’s only half over, but we seemed to have already arrived officially in fall movie season. Below, 20 films to catch this fall — half big-budget blockbusters, half offbeat indies, a few sure to be Oscar worthy, and all worth the price of entry.

Andy Muschietti’s first-half adaptation of Stephen King’s sprawling horror opus was everything Stranger Things wants to be — a coming-of-age tale that’s equal parts nostalgic and scary. Can part two, set 27 years later with a new, grown-up cast (the kids, who were digitally deaged, will appear in flashbacks), handle the more cosmic aspects of King’s book while maintaining the frights? In a promising sign, the three-hour cut is apparently the goriest film ever.

Based on a novel of the same name, Strange But True was picked up for US distribution after a successful premiere at the Edinburgh Film Festival in June. Amy Ryan plays a grieving mother who receives an unexpected visit from her son’s ex-girlfriend (Margaret Qualley) five years after his death. The reason? She’s pregnant … with the dead son’s baby. The promising trailer gives us glimpses of a tense, darkly lit thriller, along with a heavy-hitting supporting cast that includes Greg Kinnear, Blythe Danner and Brian Cox.

Justin Chon made waves on the indie circuit in 2017 with his debut feature, Gook. His sophomore effort, which premiered at Sundance, looks to promise more of the same gritty, understated realism via the story of an Asian-American brother and sister returning home to care for their dying father, who raised them on their own.

Liv Tyler in a save-the-world space epic is not promising (witness: Armageddon). But this new sci-fi flick from director James Gray (The Lost City of Z, The Immigrant) and starring Brad Pitt looks like more of a personal journey about a father-son relationship, more akin in tone to Interstellar or Arrival. As well, the movie’s being positioned as a possible awards contender.

After taking home the World Cinema Dramatic Special Jury Award at Sundance, Monos cleaned up on the summer festival circuit, claiming prizes in all but one of the nine competitions it entered. The surreal, image-driven story was shot on location in two remote regions of Colombia that had never been caught on film, and depicts a clan of barbaric teens who have been assigned to watch over a hostage by a mysterious agency called The Organization. Lord of the Flies has been name-checked in nearly every review, and the tense, thrumming trailer does nothing to dissuade that notion.

American audiences will best know Paolo Sorrentino for The Young Pope, but the Italian filmmaker has been making a name for himself as a keen social critic in his homeland for nearly three decades with hugely ambitious films like La Grande Belleza and Il Divo. His latest is a sweeping, two-act epic that depicts the life of controversial playboy politician Silvio Berlusconi, and stars the Klaus Kinski to Sorrentino’s Herzog, Toni Servillo, in the lead role.

Set outside the DC Universe but cribbing a bit from the seminal graphic novel Batman: The Killing Joke, Todd Phillips attempts a character study on the most famous villain in comic book history. Starring Joaquin Phoenix and Robert De Niro, the movie seems most inspired by Martin Scorsese, with visual and thematic echoes of The King of Comedy and Taxi Driver.

Young, CGI-ed Will Smith faces off against old Will Smith in this hitman action film that seems like Jerry Bruckenheimer’s big bucks, mainstream take on Looper. A possible saving grace here is acclaimed director Ang Lee, who seems purposely trying to make 120 frames per second the preferred movie format. Spotty dialogue aside (“You made a person out of another person!”), this might be the most visually interesting film of the year.

South Korean director Bong Joon-ho will be familiar to American audiences for his unique brand of fantastical, typically future-set black comedy thanks to Snowpiercer and Okja. His new film explores familiar themes — family dynamics, class warfare, loyalty — and took home the Palme d’Or at the 2019 Cannes Film Festival, the first Korean film to do so.

The sequel to the zombie comedy features the original cast , director and writers, so we’re in good hands (and somehow Bill Murray is back!). This time, the human survivors (Woody Harrelson, Jesse Eisenberg, Abigail Breslin, and Emma Stone) head to the White House, battle an advanced strain of zombies and face off against other humans, including Luke Wilson, Rosario Dawson and Thomas Middleditch.

New Zealander Taiki Waititi (What We Do in the Shadows, Avengers: Endgame) is quickly making a name for himself as the rare director who can balance offbeat, Wes Anderson-esque comedies with high-profile films from the Marvel universe. His next flick is most definitely the former, a coming-of-age comedy set during the second World War about a boy with a very unusual imaginary friend: a dopy, hapless version of Adolf Hitler.

In 2015, a then-unknown director named Robert Eggers made a film called The Witch that flipped the horror genre on its head, eschewing conventions and tropes in favor of a wildly inventive script that scared the bejeesus out of audiences while reading as a subversive commentary on early-American religious and gender politics. He’s finally returned with The Lighthouse, a dark comedy shot in black-and-white that stars Willem Dafoe and Robert Pattinson as two men who slowly lose their grip on reality while minding a lighthouse in colonial New England.

Indie: By the Grace of God

François Ozon is France’s answer to Woody Allen: a prolific director whose films are driven by clever, flashy dialogue and plenty of “aha!” moments that tie things up with a mechanical neatness just when the plot seems to be spinning out of control. Never one to shy away from social commentary, his latest film depicts the story of a real-life defrocked priest, as well as the troubled young men he exploited.

We were not fans of the book sequel to Stephen King’s The Shining, which had a grown-up Danny Torrance chasing down energy vampires and featured (spoiler alert) both a return to the Overlook Hotel and a partial redemption of his late father Jack. But director Mike Flanagan did such a good job with Netflix’s The Haunting of Hill House that he may salvage the project … and he’s certainly taking more of his visual and sonic cues from the Kubrick adaptation.

Written by the ever-talented but mercurial Shia Labeouf, Honey Boy is a loosely autobiographical film that explores a child actor’s relationship with his charismatic but domineering father. Labeouf plays the father and Lucas Hedges plays the grown-up version of the son, but the real star here is newcomer Noah Jupe, who plays the actor as a young boy.

American car designer Carroll Shelby and driver Ken Miles build a race car for Ford (the GT40) and challenge the Ferrari racing team at the 24 Hours of Le Mans. It’s Matt Damon and Christian Bale (going back to his native British accent) instead of the originally planned Tom Cruise and Brad Pitt as the leads, which seems like an even trade. Directed by James Mangold (Logan, Walk the Line).

Blockbuster: A Beautiful Day in the Neighborhood

Tom Hanks as Mr. Rogers. Over/under on the Oscar count is six. Based on the 1998 Esquire profile that you should definitely read.

It’s high concept, but noted TV director Brian Kirk (Game of Thrones, Penny Dreadful) and producers Joe and Anthony Russo (Avengers: Endgame) might have a solid action hit on their hands here. Chadwick Boseman stars as a police officer hunting down two cop killers in New York. The twist is in the title: The NYPD shuts down Manhattan and its 21 bridges during the night-long hunt.

Daniel Kaluuya (Get Out) is fast becoming Hollywood’s next great leading man, and this modern-day retelling of Bonnie and Clyde appears to be the next feather in his cap. Starring alongside Jodie Turner-Smith, Kaluuya plays a young man who gets into a scuffle with a cop during a routine traffic stop while out on a first date, leading to the couple’s fugitive flight into the woods of Kentucky. It’s also the debut feature from director Melina Matsoukas, responsible for much of Beyonce’s video work in recent years.