Taco Tuesday can be any day of the week

To those in the know, Esparza is the Taco Whisperer, a man able to suss out the best tacos in Los Angeles, Mexico and California at large, and write about them with such deft, lovable precision that he’s won a James Beard award for it. But for those who aren’t familiar with his work, it’s important to first understand that eating tacos isn’t a meal at all — it’s a way of moving through the world.

“Eating tacos is a lifestyle,” Esparza carefully explained in a phone interview last week with InsideHook. “It’s a real essential part of the culture, and it’s also a meal that doesn’t happen at a regular time. You have breakfast, you have lunch and dinner, but in between all that, you get tacos. You get tacos when you’re out shopping, you get tacos at the movies, you get tacos after the club, or even after you go to dinner. Tacos are the way Mexicans eat, we eat with tortillas. So even when we’re not eating tacos, we make tacos.”

Given that framework, Esparza’s latest venture is a celebration of all things tacos — and it’s a reimagining of Tacolandia, an event he co-founded and previously curated for five years, beginning in 2012. Tacolandia was hosted in conjunction with the city’s then-thriving alt-weekly, LA Weekly, and was designed to be the taco festival to end all taco festivals. The event gave Angelenos access to every taco their hearts could possibly desire, with upwards of one hundred vendors and drawing crowds of up to 10,000 people. Pre-pandemic, a one-day, taco-eating binge fest was a dream way to spend an afternoon, and it quickly became a staple in the LA summer food lineup.

But when LA Weekly changed ownership in 2017 and the entire staff was unceremoniously sacked to make way for the agenda of new leadership, Esparza didn’t feel right about continuing to partner with the gutted publication. “I was the curator of Tacolandia for the first five years, and I left because a Trump supporter bought the newspaper and also let go all the writers, which are my peers,” he explained. “I didn’t like what they did, and that this group of outsiders was buying our local alt-weekly. We’re not talking about just Republicans, it wasn’t political for me: I was doing an event that highlights the Mexican community and I couldn’t see continuing to do it with LA Weekly under those circumstances.”

Esparza wasn’t the only one who felt that way. Backlash over the new owners and a city-wide boycott led to cancellations of other food events. Much like former editorial staffers and contributors who organized a new print magazine called The LAnd in response to being laid off from the paper, Esparza decided to create his own event. Launching last year, he dubbed this new version of the taco fest Taqueando — aka the Spanish verb for the act of going out to get tacos — and quickly brought on sponsors like Univision and Tecate, along with plenty of the vendors who had formerly appeared at Tacolandia.

“We started doing Taqueando last year and it was a great success,” he said. “It was really more the festival I wanted to do, it was smaller in the number of vendors, so there could be more of a focus on great quality. The name is a Spanish verb — to get tacos is a verb — and it’s funny because the late writer Jonathan Gold was famously quoted saying he thought eating tacos should be a verb. Well in Spanish, it actually is. So I thought that was odd that all these people were sharing that quote … when it actually is a verb in Spanish. But it’s a great name because it describes what you’ll be doing at the festival.”

Like most anything happening in 2020, the event had to shift its scope considerably to accommodate new safety protocols that are in place due to the COVID-19 pandemic. Instead of occurring in one day, Esparza has broken Taqueando down into five weekends, with a couple taco purveyors anchoring each Thursday-through-Sunday shift. Things kicked off in mid-October with Poncho’s Tlayudas, traditional Oaxacan cooking done by indigenous chef Poncho Martinez, and last week the menu highlighted to the surf-and-turf offerings of Mariscos Jalisco — the most famous shrimp tacos in all of L.A. — and Tacos El Russo, who serve the kind of crisped, decadent carne asada that makes the heart sing.

Famously booked by Chrissy Tiegen to cater her parties, Raul Ortega’s Mariscos Jalisco tacos have cornered L.A.’s seafood taco market, stretching far beyond their flagship location in Boyle Heights and moving into Downtown, along with farther-out boroughs like Gardena and Pomona. First cooking tacos in his hometown of San Juan de los Lagos, Ortega’s best-known dish is a fried shrimp taco covered in fresh salsa, diced shrimp and thick half-moon slices of avocado. Paired with a chorreada from El Rusos’s Walter Soto — a smoky, charred tortilla covered in cheese, carne asada and pinto beans — this particular combo is beyond anything you’ll taste elsewhere.

“I recently did a road trip to northern Mexico and I love surf and turf states like Sonora,” Esparza explained. “I thought it would be fun to put them together. Mariscos Jalisco’s shrimp taco is just a perfect taco. It’s balanced, it’s filling, and it’s got crunch. It’s really become the taco a lot of people associate with Boyle Heights, because people probably won’t get out to the small town of San Juan de los Lagos if they go to Mexico.”

The other thing on the menu last week that will carry over in a big way this weekend is birria, the oh-so-trendy stewed meat preparation that’s sparked a movement within Mexican cuisine that Esparza compares to the ubiquity of avocado toast in American dining. “We are in an unending, unceasing birria boomtown,” he laughed. “Everyone in LA loves birria and talks about it, so next week we’re bringing up this wonderful taqueria from San Ysidro run by Chef Priscilla Curiel, Tuetano Taqueria. I think she’s really one of the best in the country, so she’ll be here doing her signature style birria from Tijuana.”

Chef Curiel will be presenting her bone marrow birria during the first weekend of November, and the next two weekends will be devoted to chefs who are currently unable to cook in their signature or flagship restaurants. Chef Eduardo Ruiz of Corazon y Miel and Chica’s Tacos fame will bring his modern Mexican-American tacos to the table, and, finally, Chef Ray Garcia of Broken Spanish will close out the final weekend of the pop-up fest with Alta California tacos.

Each weekend, all the food is available for takeout or patio dining, and a variety of drinks are also available for purchase. The event itself is being hosted at Church & State in downtown L.A., and though it’s a much smaller festival than last year’s, Esparza is hopeful to expand both the size and the scope of the event in the future. He sees it as a festival that goes beyond attendees simply rolling in to get great tacos and leaving, and imagines the cultural impact the right kind of taco festival might be able to have on the city.

“I want the event to be more than just eating a bunch of tacos,” he said. “I think a lot of people are going to come just for that, but we want it to become something greater; focusing on the indigenous community, and also trying to find more women. Women are always left off chef lists or taco roundups, so I also want to make sure women are included. Ultimately, at the end of the day, it’s a great food festival. I would like it to become a premier event in Los Angeles, but I would like it to be a premier event because it’s about so much more than food. It’s about the culture, and it’s about the people as well.” 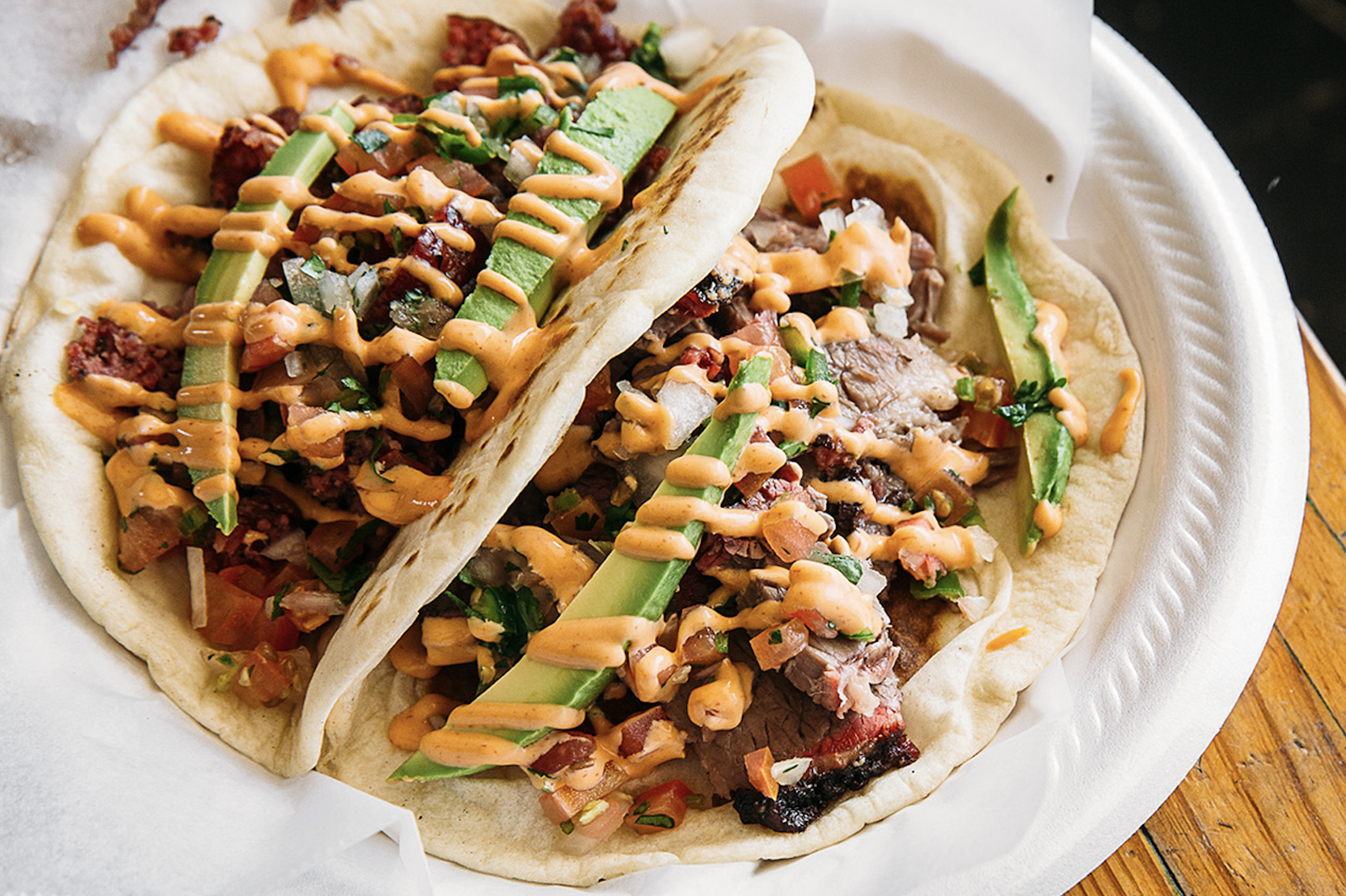 How the Taco Conquered America 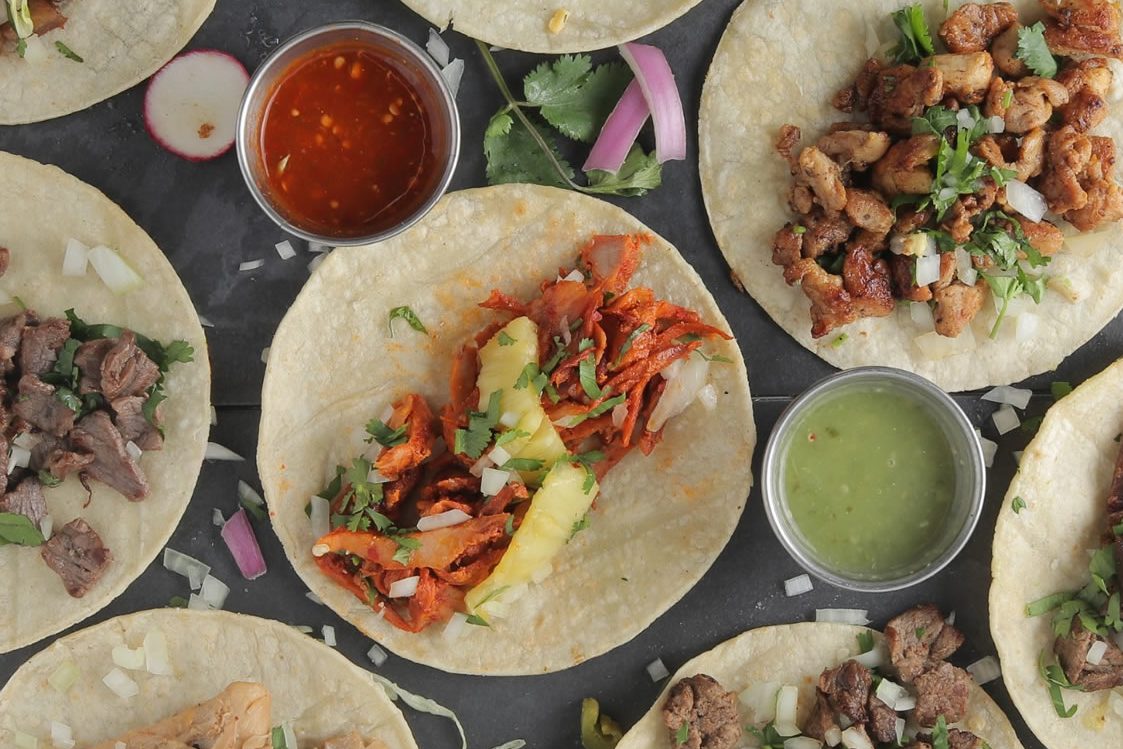 These Places Prove That New York Does, in Fact, Have Good Tacos 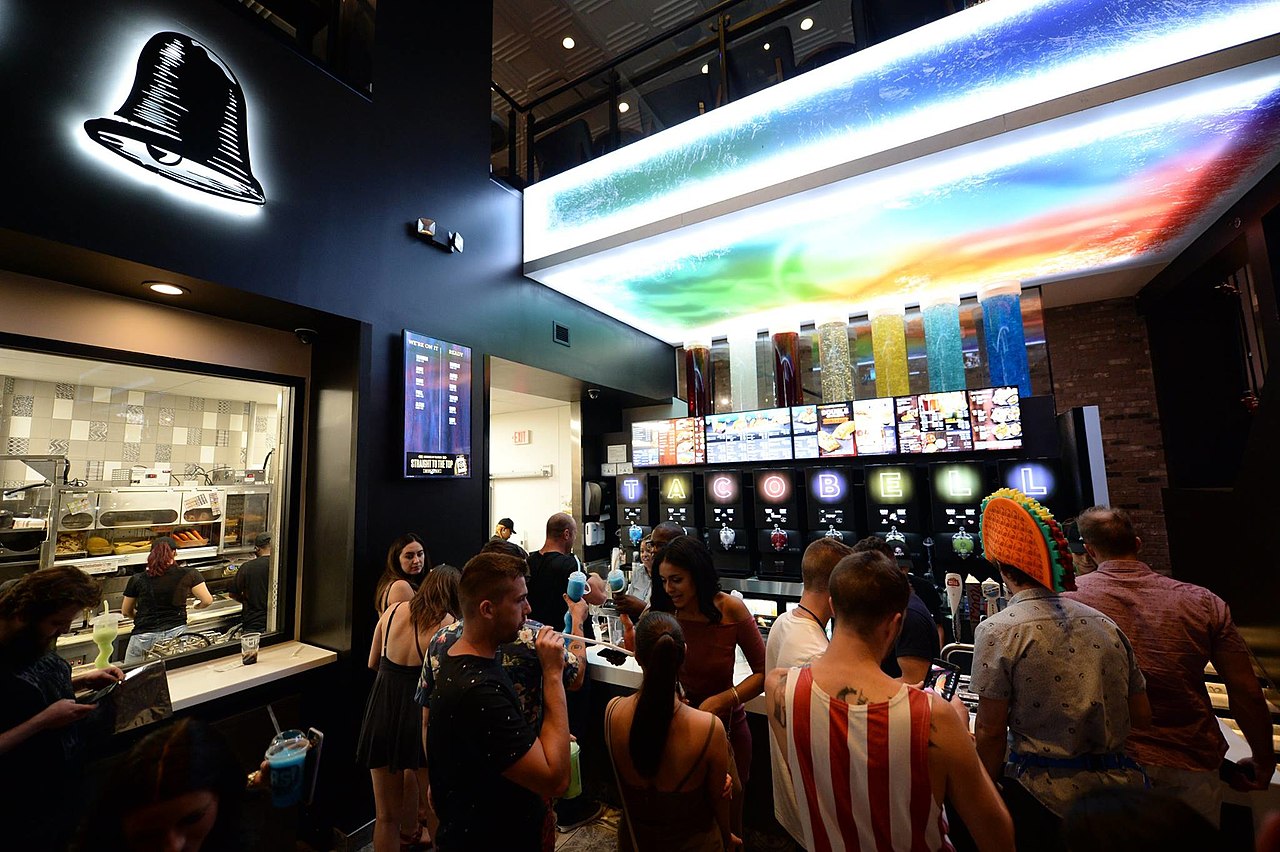