The subscription-only Air Mail launched over the weekend

When it was announced in September of 2017 that Graydon Carter was stepping down from his position as Editor in Chief of Vanity Fair after 25 years, it felt like the end of something. One of the last of a very specific old-guard media type that’s almost as well-known a celebrity as the ones he covered, the announcement came in the middle of another round of mass media layoffs, the term “fake news” being applied haphazardly on the left and the right, a list circulating that named all the “shitty men” in media, and another magazine seeming to go under each week.

It wasn’t the best time for media, to put it lightly. Some saw Carter’s exit as getting out while the getting was good, while some reports pointed to struggles he faced with management at Conde Nast, the company that owns Vanity Fair, as the root of things.

Whatever the case, and whatever your opinions on Carter, his influence on media is impossible to overstate. His 30-plus years in the industry stretch back to when he and Kurt Anderson co-founded the seminal Spy magazine in 1986; he knows how to make things work and he knows how to generate attention.

So when Carter announced earlier this year that he planned to launch a newsletter with longtime New York Times reporter and editor Alessandra Stanley, it was greeted with the kind of buzz you’d expect when a new venture attached to such vaunted establishment figures were involved.  That, and it was an email. Graydon Carter, one of the last great glossy editors, was going fully digital.

Air Mail, a subscription-only service, launched this past weekend after a couple of sneak previews across social media that sort of missed their mark by attempting to sound the trumpets more for Carter than the publication itself. One was a glowing quote about the editor from Warren Buffet, another from one of Carter’s chief rivals, Donald Trump: “Graydon Carter has no talent and looks like shit! Also, his food sucks!”

I’ll be honest, since this is a digital-only venture, I was curious to see if the publication itself would echo the early social-media campaign. Would this be the Graydon Carter show or would Carter yet again have a hand in something that could potentially change the media landscape? And, most of all, who the hell would read it besides a handful of people on the coasts?

It’s obviously too soon to tell, but the idea for Air Mail is forward-thinking: the fact that it’s published once a week and delivered to your inbox by the time you wake up on Saturday morning could be a model for new media companies or old ones attempting to grow readership. Who, exactly, Air Mail is for is a whole other story.

“Air Mail will focus on subjects both foreign and domestic and regularly cover politics and the environment, art and literature, film and television, food, design, architecture, theater, society, fashion, and high-end crime,” Carter wrote in the introductory newsletter this weekend. An easier way to phrase this is that they’re going to have a little bit of everything, probably focusing on what readers tend to react to the most. Even though Air Mail is asking subscribers to fork over 50 bucks a year (or $15 for three months), he mentions that the publication has more “bells and whistles” they plan on rolling out, and the first few issues are just a taste of what’s to come. And thanks to a temporary offer that gives readers the initial month’s worth of issues on the house, readers can decide early on if they like what they see and want to continue.

For the most part, the first issue of Air Mail delivers on the very reasonable price, especially if every issue is as well-executed as this first one. Carter, Stanley and co. packed plenty into issue number one, certainly enough to make this feel like much more than just another newsletter you sign up for and forget about. It feels like, well, a Graydon Carter publication: it has the breeziness of Vanity Fair’s front of book without what feels like a thousand pages of ads to flip through before arriving at anything of value.

The features, for this first issue at least, tend to steer mercifully clear of politics. Haven’t we read enough lukewarm takes and mediocre reports? Aren’t things depressing enough? Sure, Carter says Air Mail will cover things in D.C. and beyond, but if this first issue is anything to go on and judging by Carter’s past work, any political coverage will be smart, well-researched and sometimes downright irreverent. That’s all we can hope for in 2019, really.

Where Air Mail especially succeeds is its cultural coverage. It skews higher-brow, whatever that means anymore. Delivering on the promise of a worldly eye, the first issue looks at the trouble one popular château in the South of France is causing its neighbors (“it’s a princely palace you might more easily find outside Siena than Cannes,” writes John Von Sothen) to Italian women and their ambivalence toward the author Elena Ferrante (“She’s much more popular among you Americans,” one “elegant” woman tells writer Andrea Lee).

Air Mail also shows interest in younger writers and their ideas … albeit a younger writer who happens to be the child of one of the great comedy minds ever. In this case, Cazzie David, who has been showing off her impressive essay skills across different publications in recent months, looks at our cultural obsession with people publicly suffering on Instagram. Yes, David is the daughter of Larry David, but she has been showing herself to be a smart writer and Air Mail, a new venture, feels like an appropriate platform for her.

At the end of the day, Air Mail reads the way most magazines should have gone a year or so ago. It is laid out on the screen almost exactly like a good print should be, with its lighter fare at the top, and the book reviews and style content towards the bottom. The content is smart, but the writing never comes off as smarter than the reader; that is, it’s accessible. People that have never read My Brilliant Friend or are nowhere near the station in life where they’d need something described as “a posh Craigslist where carefully vetted members can commune about their needs” will still want to read all of these articles, because they’re interesting. What Carter has done so well over time is on display here: He’s smart, but not bookish. He’s fascinated by rich people, but doesn’t really fawn over them. He has an eye for talent, and that shows in the inaugural issue — both in subject matter as well as the writers and editors sourced to cover it.

From an experience standpoint, I can’t say I’ve seen another publication like Air Mail. Granted, I went to the website and read all the articles, and I did it on my laptop first. The layout is clean and the overall experience is enjoyable. Nothing Air Mail publishes could be described as “breezy,” but as I sat in the air conditioning trying to avoid the summertime heatwave, I’d feel comfortable describing the experience of reading it to be just that: breezy and enjoyable. If this is what I can expect week after week, I think I’ll be sticking around after my free trial ends. 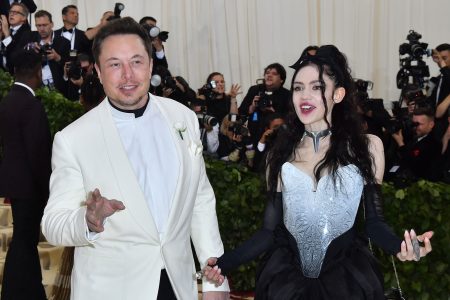 Grimes Insists That Elon Musk, the Richest Person in the World, "Lives at Times Below the Poverty Line" 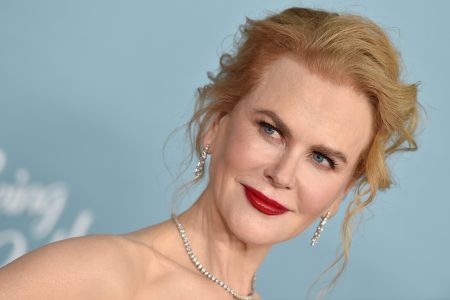 Why Is 54-Year-Old Nicole Kidman Dressed Like a Sexy Baby on the Cover of "Vanity Fair"? 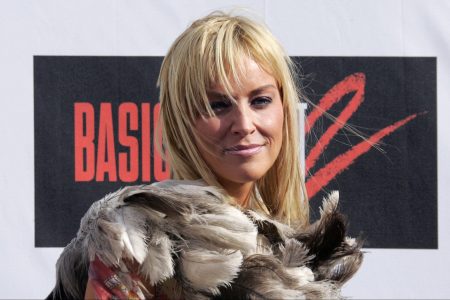