The wooden wreck of the Mary Rose warship is kept wet whilst undergoing conservation in the ship hall, Portsmouth July 1987. The Mary Rose was salvaged from the sea bed in 1982. (Photo by RDImages/Epics/Getty Images)
By Kinga Philipps / September 26, 2018 5:00 am

One of Britain’s foremost experts on shipwrecks, Richard Larn lives in relative anonymity in the Isles of Scilly considering the role he has played in salvaging a major part of his country’s maritime history.

Larn and his wife, Bridget, spent 10 years of their lives documenting wrecks along the western coast of Great Britain. Richard, a former navy diver and underwater explosives expert, had his day as a treasure hunter before laws tightened control of the practice.

He also happens to be part of history himself, having been instrumental in the raising of one of Britain’s most valued maritime artifacts, King Henry VIII’s flagship, The Mary Rose.

Most likely named after the Virgin Mary, the warship was one of the largest ships in the English Navy — one that served the British crown faithfully for 33 years. 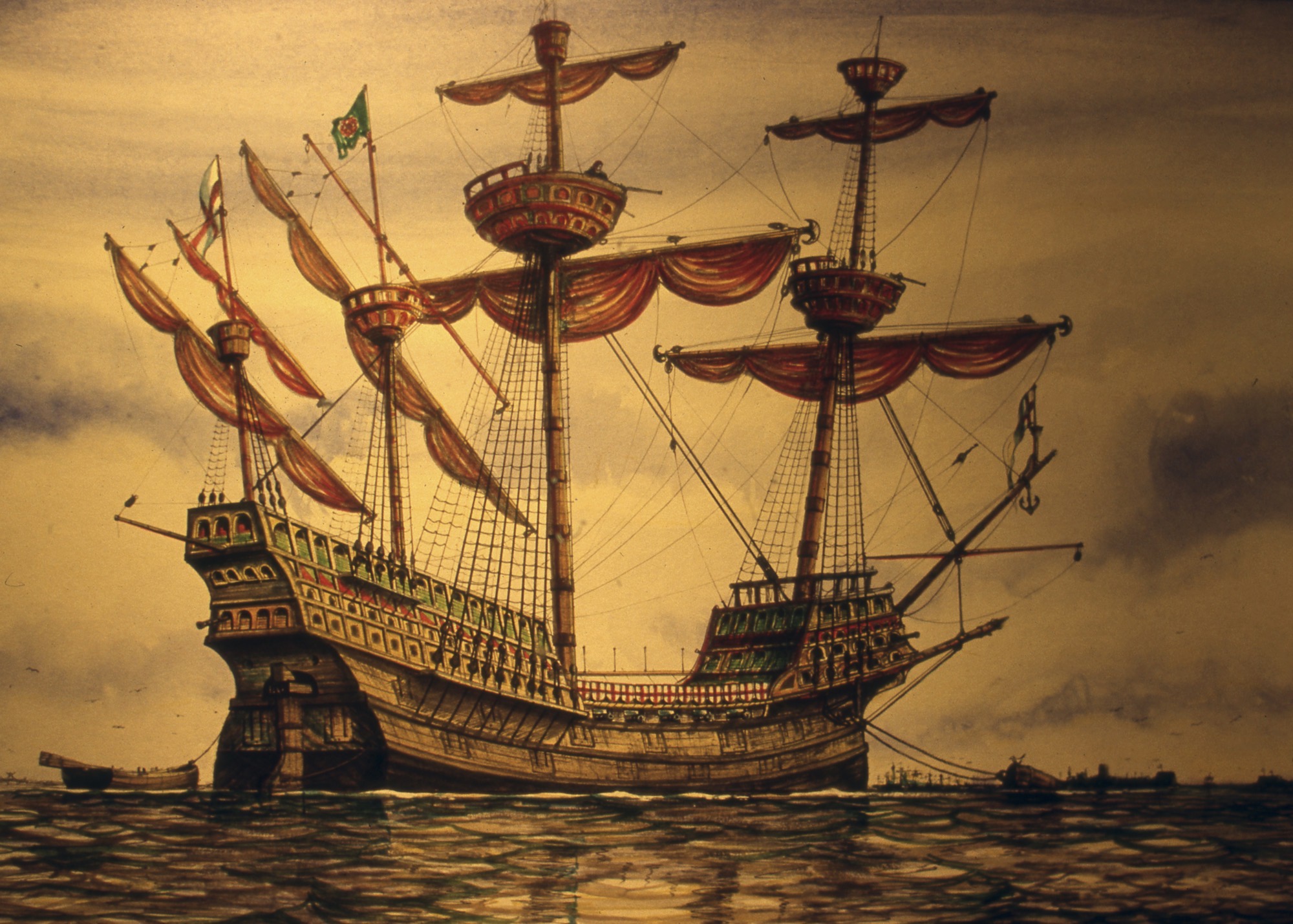 Eyewitness accounts from survivors on the fateful day of her sinking — July 19, 1545 — state that she may have turned too rapidly or a sudden gust of wind threw her off balance and she floundered. Water poured in through the open gun ports, and with over 400 crew trapped on board she rapidly disappeared beneath the muddy waves. Less than 35 men survived.

In 1971 the ship was rediscovered and three years later the project to raise her received royal patronage from Prince Charles. The Prince of Wales did several dives on the site himself beginning in 1974. 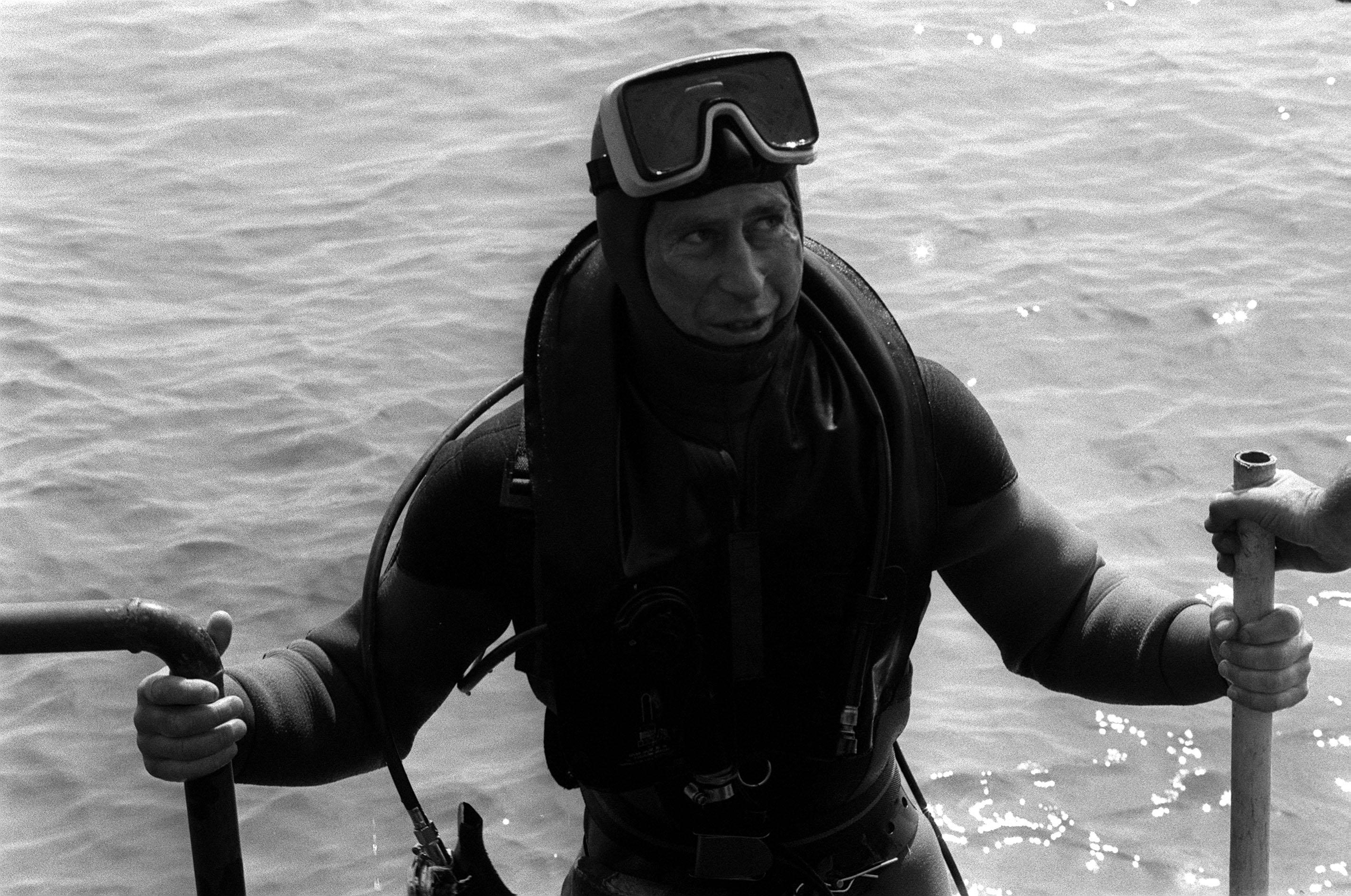 Then, a full 437 years after she was sunk, The Mary Rose was raised to the surface in 1982, thanks to a recovery operation that cost nearly five million British pounds at the time. Prince Charles and Princess Diana were on hand to watch, with an estimated 60 million people tuning in on television, as she was hoisted from the depths of the Solent, the strait that separates the Isle of Wight from the mainland.

Bones of nearly 200 men were found on board, some as young as 11, along with with thousands of artifacts recovered from her watery grave. The famous Tudor ship is, without a doubt, one of the Britain’s most important maritime discoveries. She now rests in her own celebrated museum in Portsmouth as a major tourist attraction and point of pride for the Brits.

The interesting part of The Mary Rose’s story is that Richard Larn’s involvement has been a secret…until now. But Larn has given me permission to print this never-before-seen peek into some fabulous renegade archeology that would even make Indiana Jones jealous. 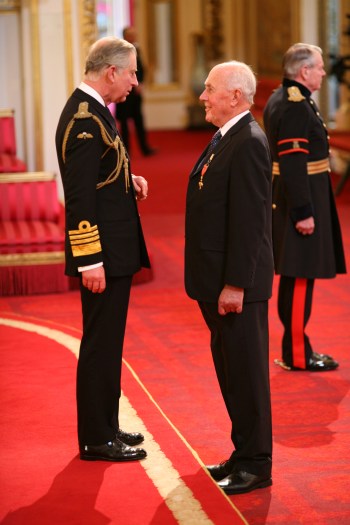 As he tells it, Margaret Rule, the project’s archaeological director who was also one of the most significant figures in the profession, faced a daunting complication. After nearly 500 years of being submerged, the ship and her cargo were solidified together into a nearly impenetrable solid mass, formed by sediment over time that encapsulated everything like…well…concrete.

Surrounding the site, the team located shoes, cannons, medical instruments, personal items and countless other artifacts that painted the drama of the ship’s final battle. By all definitions the find was priceless, but there seemed to be no feasible way to raise the ship without breaking it apart. Between a literal rock and a hard place, Margaret called her old friend Richard for help. She was most likely not expecting what he would suggest….explosives. Archeology is nothing if not a painstakingly delicate practice.

According to Larn, Margaret’s response was, “I would get crucified if it was known I had used explosives on The Mary Rose.”

Richard countered with, “Why? They are simply tools if used correctly, like anything else.”

Ultimately, Margaret had no other choice. She trusted Richard’s expertise.

Confident of his ability, yet respectful of the tremendous responsibility entrusted to him, Larn asked to test on a “less valuable” portion of the ship. Through trial and error and a lot of finesse he found that three ounces of explosives was enough to dislodge the concretion and extract items in chunks without damage. It would essentially “pop” the section out. With Richard’s ingenuity, The Mary Rose and her artifacts were raised to the surface successfully with no one the wiser about the methods…until now. If the mark of an excellent leader is to hire exceptional people, then Margaret Rule certainly deserves praise for applying out-of-the-box thinking, despite the risks. Knowing that her peers might be less forgiving of the unorthodox methods, Margaret’s only request was that as long as she was alive, no one could divulge that The Mary Rose was literally blown out of the water. Richard honored that promise, as Margaret passed away in 2015.