How Willie Nelson’s Guitar Made His Career 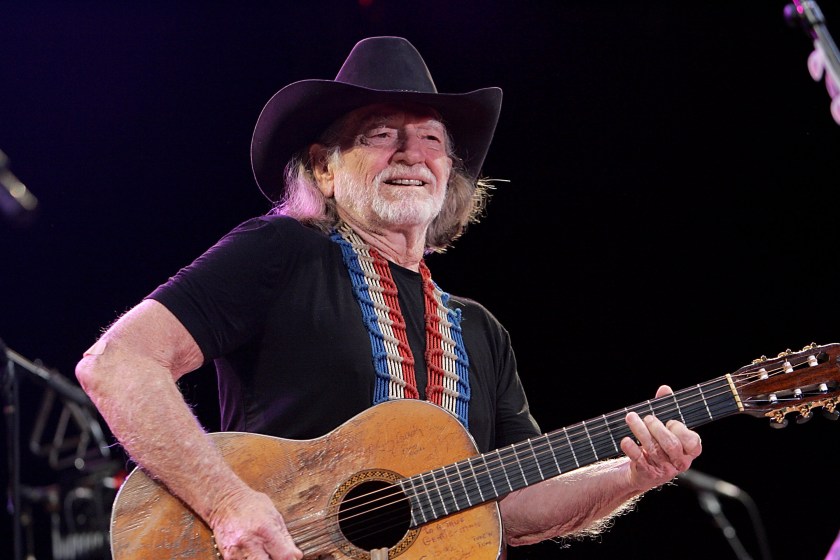 Singer/songwriter Willie Nelson performs to a sold-out crowd during his 4th of July Picnic at The Backyard on July 4, 2010, in Austin, Texas. (Gary Miller/Contributor)
FilmMagic

In the early 1960s, country legend Willie Nelson was making a name for himself more as a songwriter than a solo artist. With others, most notably Patsy Cline, taking his compositions and making them into monster hits (see: “Crazy“), Nelson’s hopes for breaking out on his own were dwindling. Then in ’69, Nelson had a brush with fate—a drunk man stumbled into his guitar at a gig and ruined it. He ended up purchasing a Martin Classical guitar for $750 in Nashville, later naming it after Roy Rogers’ horse, Trigger. That same year, the guitar survived a house fire, which drove him back home to Texas, where he ended up finding his own voice. And the rest is history. Learn the complete origin story of Nelson’s “Trigger” below. Also, catch Nelson doing his cover of “Graceland,” along with Paul Simon, on Trigger at 1992’s Farm Aid concert.