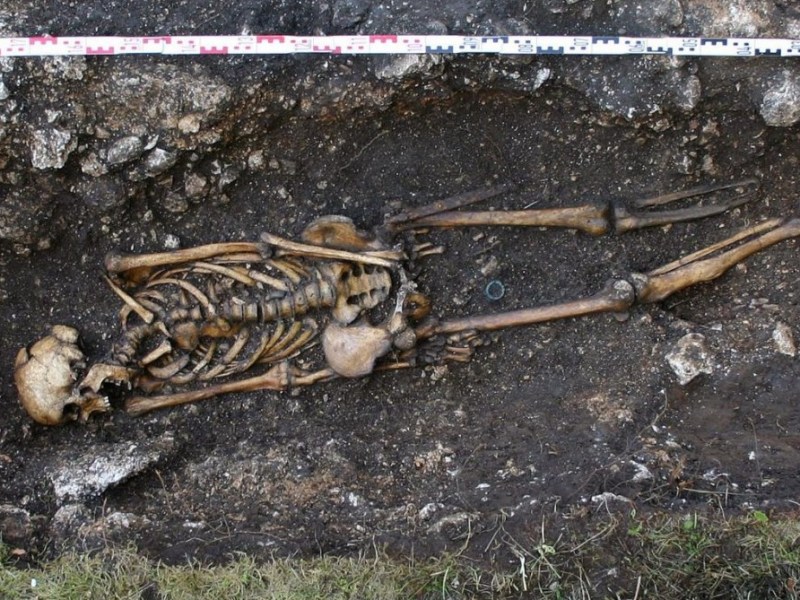 Between 536 and 600 A.D., a man between 35 and 50 was buried in Hemmaberg, Austria. Here’s where it gets intriguing: he had a prosthetic left foot. Constructed of wood and an iron ring, it marks one of the oldest prosthetic limbs discovered in Europe.

The man was a member of the Franks, a Germanic tribe. His foot had been amputated and his remains suggest he actually used the prosthetic foot as a foot (not just for cosmetic purposes) for up to two years before his death. It’s a remarkable finding for many reasons, as just surviving an amputation was unusual during this period. (Beyond the initial blood loss, the odds of a fatal infection were high.)

The oldest recorded prosthetic is believed to be a toe in Egypt that may date back to 950 B.C., which was made primarily of wood and found on the foot of a mummified noblewoman.

To read more about the discovery in Austria, click here. Below, watch a video on the evolution of prosthetics.