The PSO-RITE mimics the shape of a massage therapist's elbow

About a year before the coronavirus hit, a study revealed that American adults were sitting for at least six hours a day. Not to be outdone, adolescents were logging over eight hours a day on their butts. This revelation helped broadcast a new, half-baked PSA — “sitting is the new smoking” — which had been around since standing desks took off a few years earlier. The phrasing felt a tad overwrought at the time, considering smoking is one of the greatest public health catastrophes in history, and an infamously addictive habit that doubles your chance for cancer. But the general spirit of that one-liner is fair enough: a sedentary lifestyle is hell on your body.

Here we are, 18 months later, amidst a pandemic that has encouraged even more sitting. It’s disrupted commutes, closed gyms, converted couches into offices and lauded nights spent doing as little as possible. When short-term health is the focus, it’s justifiable to get through a year like 2020 by any means necessary (e.g. bringing a laptop to bed in the middle of a workday). But it’s important to remember the long game; even if you forget that all that sitting is going to add up, your back sure won’t. Similar to the conclusion Washington University researchers made in their 2019 study (educate younger generations before it’s too late), it’s worth making a change now, to limit chronic back pain later on.

The simplest way forward is to start moving. Go for walks, go for runs. Buy a $20 jump rope or a $2,000 Peloton. It all counts. But that isn’t the end of the story. Any uptick in activity will leave your body susceptible to soreness, if not injury. And while it’s customary at this point to associate tightness — in the back, in the shoulders, in the lower half — with the aches of aging, that tension also stems from the way we sit, from every two-hour armchair slump that chips away a bit more at the core. It’s a specific area of the core, too. A deep, lateral muscle called the psoas, which connects to both the spine and the pelvis. Over the last few weeks, I’ve been testing out a massage tool called the PSO-RITE, which gives this much-ignored region of the body the attention it deserves.

As the psoas muscle (pronounced so-az) is connected to both the lower vertebrae in your back and your hips, it plays a massive role in stabilization, hip joint flexing, and lifting legs up towards the body. Similar to the way that hunching over a screen collapses the shoulders and the neck — which condenses your upper half and hunches everything forward — slouching in a C-shape all day crowds your lower half, and tightens the psoas fusiform like a coil. When you try to spring into action (while on a run, for instance), other parts of the body overcompensate to help you flex your hips and propel you forward. But that just leads to tightness elsewhere, leading to every runner’s worst nightmare: knee problems.

Enter the PSO-RITE, an invention by former college football linebacker Mac Mollohan. They first debuted it in 2017, and it’s understandable if you haven’t heard of it. The tool doesn’t have the front-page panache of other recovery tools, like percussive therapy guns or massage sleeves. It’s just a one-pound hunk of plastic, shaped like a goal, with two knobs on either end. On the bottom there are grips to hold it in place against the floor, and grooves for you to hold it against your body. That’s it. When I first took the PSO-RITE out of the box that simplicity threw me for a loop. Where do I even put this thing? The clue, of course, is in the name.

The PSO-RITE is a damn master at loosening the psoas muscle. It’s a bit counterintuitive, addressing back pain from the front, but keep in mind, the psoas is a deep core muscle. The best way to activate it is to press into it through the abdominal wall. That means laying on your back with the PSO-RITE placed between the bottom of your rib cage and the top of your pelvis, pushing each side of the tool into your core and breathing along slowly. Once you feel comfortable, you can place the PSO-RITE flat on the floor and lie prone atop it, winging your arms up towards your face and resting your head against the ground.

It should definitely be uncomfortable, but if you leave a bruise you’re going too hard. After I progressed to that second stage, I starting holding the position for about 30-60 seconds, breathing all the while, before slowly rising back to a sitting position. The sensation afterwards felt somewhat unfamiliar, but that just speaks to how infrequently any of us try to loosen our psoas muscle. PSO-RITE designed their tool to have the firmness of a masseuse’s elbow, and they nailed it. And fascinatingly, it’s not just an ideal remedy for a sedentary lifestyle; many overactive athletes, from MMA fighters to ultrarunners, have discussed giving the region special attention helps prevent injury and extend training sessions.

Once you’ve gotten a hang of stretching out the PSO-RITE’s namesake muscle, you really can use this thing to address any muscular “hot spot” in the body. It’s a beefed-up version of a lacrosse ball or studded foam roller, able to offer localized support to a sore area. I personally like to double down on the low back and and lay supine with it placed at the bottom of the my spinal cord, but you can place it for tension release under the shoulder blades, or along a glute or calf. The brand even sells mini ones for handling your neck and forearms. Wherever you choose, try to perform traditional stretches in tandem, get out and move, and cut back on the sitting marathons. The PSO-RITE will do its best to erase them, but you work too hard, and this year has been difficult enough, for you to be playing an endless game of catch-up on lower back pain. 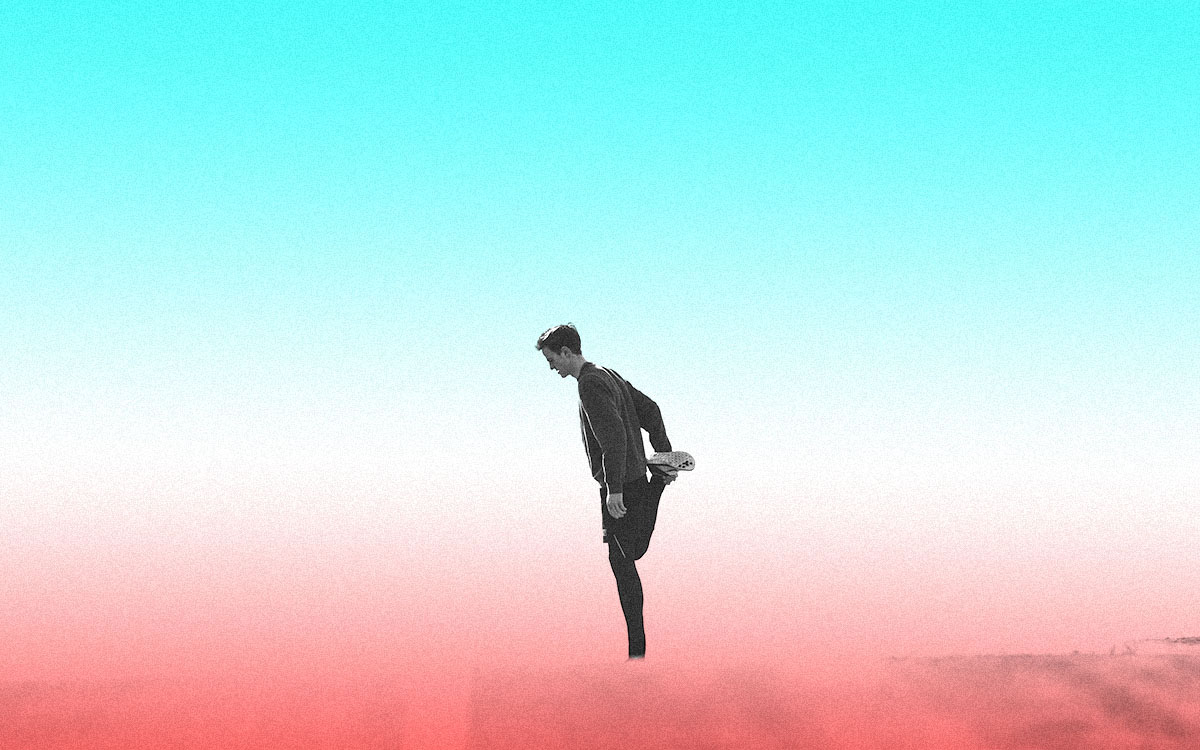 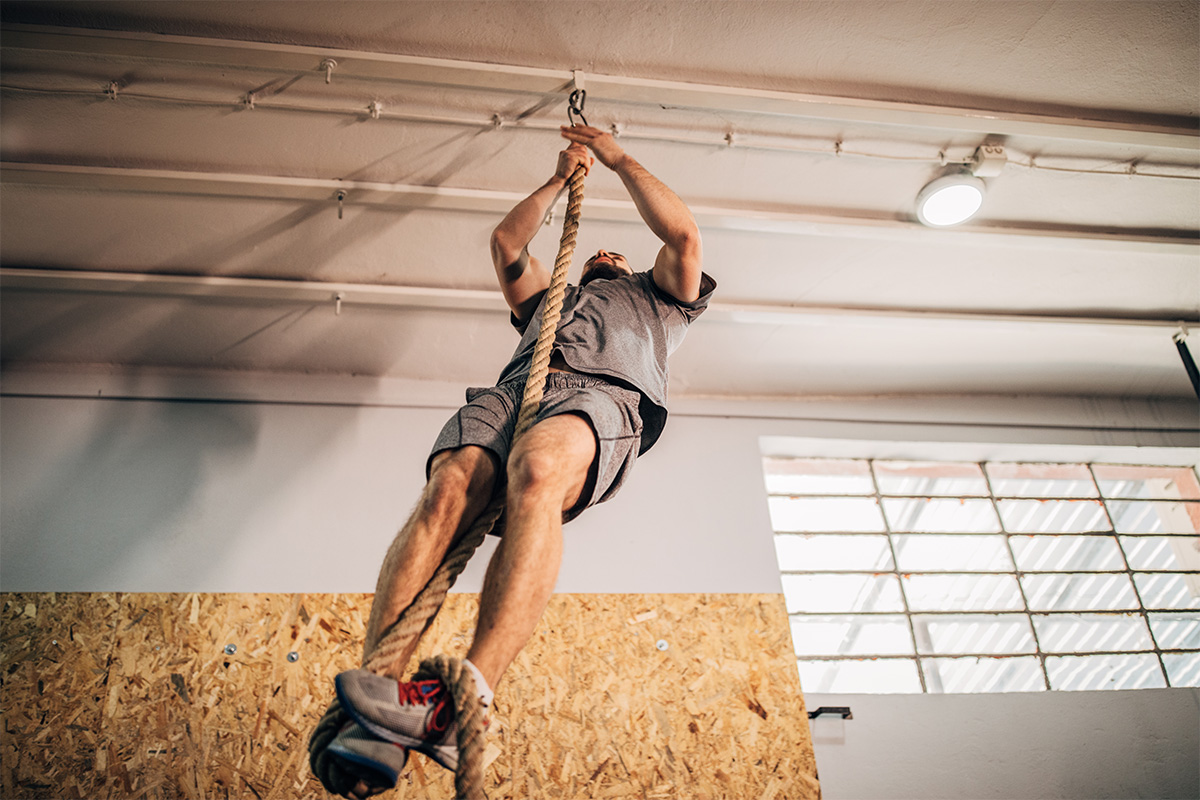