Review: Dawn Is the CBD Pick-Me-Up That Will Turn You Into a Morning Person

When the sun rises, I inwardly groan. Because like most of you, the beginning of the day isn’t my favorite part of it.

Hoping to change that thought process is Dawn, a new THCV-rich tincture that’s here to provide you with some diurnal clarity and motivation.

Dawn hails from Gossamer, an elevated cannabis publication and brand that also created Dusk, a CBD sleep aid we tried early last year and loved. Dawn is Dusk’s daytime counterpart, full of naturally occurring cannabinoids and terpenes — though explicitly not THC — to help you with your morning.

But it’s the use of tetrahydrocannabivarin (THCV) that’s important here. As Gossamer explains, “THCV is going to be a game-changer. It has the usual properties: anti-inflammatory and pain modulation, but the real buzz around THCV has to do with its potential as an appetite suppressant and stimulative benefits.”

Like Dusk, Dawn was formulated by Dr. Alex Capano, who holds the first doctorate in cannabinoid science.

I tested Dawn out for about seven days (with one day off), putting half to three-quarters of a dropper under my tongue for about a minute upon waking. I also tried it one day after being awake for a few hours.

I purposely did not take a full 1 ml droplet because of my experience with Dusk, where a full “dose” (for lack of a better word) knocked me out a little harder than I expected. (And that’s OK, according to Gossamer. “If you want to take more, take more,” the company notes in their directions. “If you want to take less, that’s fine, too. Everybody is different.”)

Then I went about my morning as usual, be it exercise, breakfast, shower, a walk or just starting work early.

Initial results were extremely promising. I was more focused, my motivation was higher and any outside agitation and angst was muted. (And while I can’t prove this, it seemed to help mitigate a weekend hangover.)

The effect seemed to last about four hours — I noticed around lunchtime that I had slipped back into my slightly agitated quarantine state. When I pushed the dose to two hours after waking up, the heightened motivation lasted until early afternoon.

Downsides were few. The aftertaste — a bit like I had smoked the night before and forgotten to brush my teeth — stuck around for about an hour. There was also a viscous mouthfeel that wasn’t terrible, per se, just not necessarily the first thing I wanted to experience in the morning.

Overall, Dawn provided a pleasantly subtle boost to my day — I didn’t feel artificially enhanced, but my morning was definitely more focused and less gloomy.

Obviously Dawn is for adults only, and if you’re on medication, consult a doctor before trying.

And word to the wise: when we wrote about Dusk, it sold out almost immediately. With Dawn just now in stock for the first time, you might want to buy sooner than later if you’re eager to take it for a test drive. 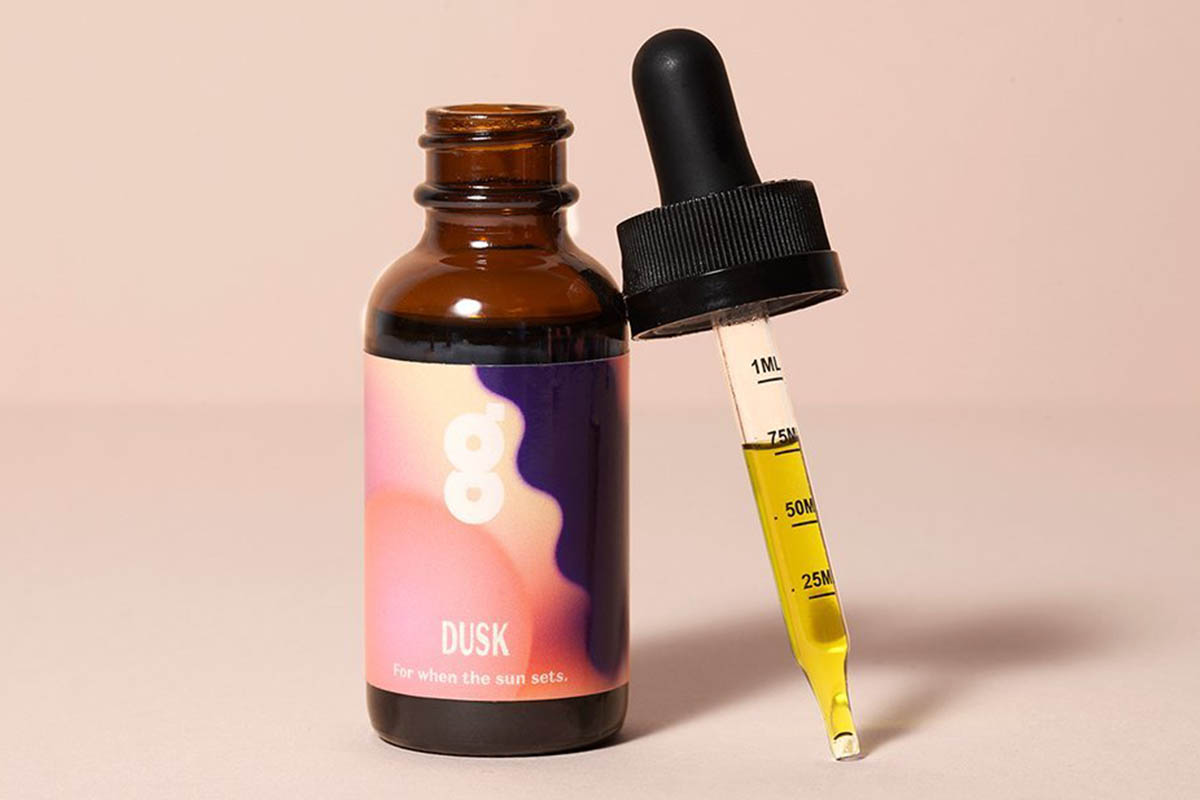 Dusk Might Be the First Great CBD Product
You’re Taking CBD Wrong! Here’s How to Get Its Benefits Properly.