Rollors, a cross between bocce and bowling, is now being sold at Walmart, on Amazon.

At least from how he makes it sound, Matt Butler joined the United States Air Force in 1998 as a means to an end. He’d been given a full college scholarship, which meant no weighty bills for his parents or endless loan payments for him. He envisioned serving the four years and then getting out.

But three years into his service, the 9/11 terrorist attacks happened, and that changed everything.

Now 41 and on the cusp of 20 years in the military—with 10 tours under his belt, divided between Iraq and Afghanistan—Butler has reached the rank of lieutenant colonel, supervising reconnaissance missions on the Joint STARS (Surveillance Target Attack Radar System) aircraft.

But deployments, which can last three to four months at a time, aren’t all airborne missions and ridding the world of bad guys; they’re often marked by long periods of tedium and isolation from friends, family members, and the other trappings of the non-conscripted.

It was during one of these periods, in about 2006, when Butler says he came up with the idea for a lawn game that married elements of bocce, horseshoes, and bowling. The game would later be named Rollors. 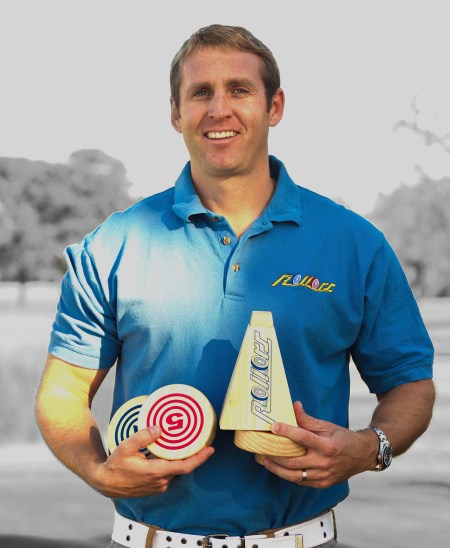 Matt Bulter, holding the pieces that make up Rollors (Courtesy of Matt Butler)

But given that he was still overseas, Butler had to squirrel the concept away in his mind; one can easily see the issue in broaching the subject of a fun lawn game in the middle of a desert war zone.

“The wheels weren’t really put into motion until I returned from the deployment and had that time to research all the foundation activities that go into developing a business,” said Butler. “I didn’t start that business portion of it until a prototype was developed.”

Using his background in strategic mission oversight, Butler marshaled a multi-pronged approach to bring his idea to fruition.

“The training I’ve received in the military … definitely parlays into entrepreneurship,” he explained. “The term that we use in aviation is ‘chair flying,’ (which means that) you’re (visualizing) how you’re going to go through and conduct the mission. Same thing with a business; you’re not going to blindly start making decisions about spending money or making anything that’s costly without evaluating your risk.”

So instead of simply constructing a version of the game and having his friends and family try it out (check out how to play Rollors above), he brought an early version of it to market. A local church market.

“You can imagine that the church fair had a lot of older generation folks there, (selling) candles and doilies,” he quipped. “Then you have me with the lawn game that’s completely off the wall.” He ended up getting a lot of valuable feedback from his big soft launch and completely sold out of the product that first day. (At the time, Butler was selling Rollors for $85 plus $15 shipping and handling.) “That’s what encouraged me to further develop the business and (make it viable),” he explains.

Butler also found the woodworkers and artisans who helped him create that initial prototype (the game’s made entirely out of wood) within his own network of military veterans. By then it was 2008 and the country was steeped in recession, so Butler hired out-of-work acquaintances and friends of friends to help him out. 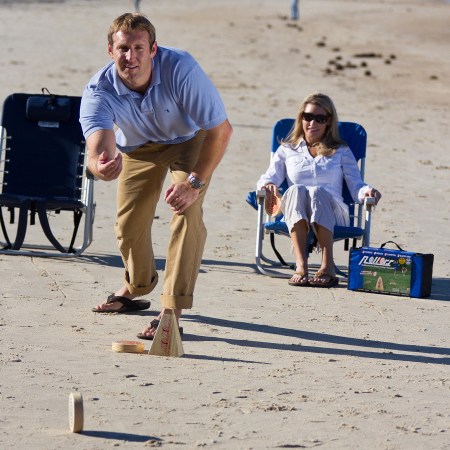 Matt, enjoying a round of Rollors on the beach, with his wife looking on (Courtesy of Matt Butler)

He eventually decided to set a lower price-point on the game ($50 + free shipping), so it would be a little more affordable, and to keep costs down, moved production to China. It’s not lost on Butler that his current boss—U.S. Commander-in-Chief and President Donald Trump—is doing the hard sell on “America first.”

Butler says he thinks about bringing production back to America all the time. “If you look at it from a business owner’s perspective, you would want (your product) manufactured as close as you can, because that eliminates the complications of logistics and the cost for insuring and movement of your product,” Butler explained.

That’s all well and good, but Butler said that, “The fact of the matter is I can’t find any (U.S. company) to manufacture it that’s at a realistic price-point.” (On the off chance President Trump is reading this, Butler said he’d very much be interested in talking business and playing a round of Rollors on the White House lawn.) 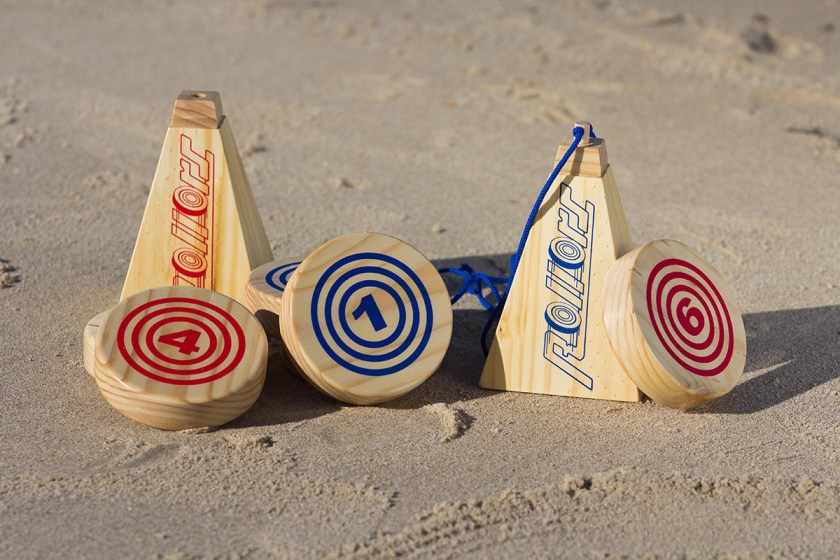 Remember: Rollors is technically still Butler’s part-time gig, given the fact that he’s still on active duty. But that hasn’t stopped big-box retailers from flocking to him, including Walmart, Dick’s Sporting Goods, Amazon, and REI.

And that has translated into an extremely lucrative source of income. Butler tells us he’s sold 65,000 units to date, which at that $50 price-point, comes out to $3.25 million in raw sales. Not bad for a game that was first sold at a church fair. Butler now splits his time between Warner Robins Air Force Base, where he and his wife Nicole live; and his center of business operations, which is based out of Destin, Florida, in the panhandle.

If he wasn’t busy enough, Lieutenant Colonel Butler is serving a third simultaneous tour of duty: Mentoring “his brothers and sisters in arms,” consulting them on how to launch successful businesses and assisting them in wading through all the red tape that comes with the startup process. The floodgates opened when Military Officer magazine, which has a subscriber base of about 60,000, he says, did a profile on him. “Ever since that article, I had a lot of different folks reach out to me,” he explains. He’s worked with fledgling companies selling everything from sports drinks to CrossFit gyms and other outdoor games. He’s even got a page on Rollors’ website where he’s put out an open call to any inventor interested in submitting an idea to him for review.

“I want to see veterans succeed,” he explained. “I want to see them transition out of the service, retire, separate, and see what type of new innovations they can bring to the market.”