Susan Boe isn’t bragging. After working decades designing and overseeing large-scale events based around food, wine and music, Boe is currently part of What Does Music Taste Like, a collaboration between musicians, sound experts and wine experts who, together, demonstrate how sound influences taste through various live and digital presentations.

I first encountered WDMTL earlier this spring at a tasting of a limited-edition Starward Australian Whisky, held at New York’s Innovative Audio Video Showrooms in Midtown. While the group has hosted hundreds of events and demonstrations, it had never tried to pair music and whisky before.

For a little over an hour, we sipped on Starward Octave Barrels (tasting note: excellent) and drank during snippets of songs by everyone from Kylie Minogue to Johnny Cash to Beethoven. Some of the songs had been specifically edited; we were instructed to sip at different times in the songs, and occasionally also paired the music and whisky with specially-prepared hors d’oeuvres.

Amazingly, I did notice startling differences. During a Johnny Cash-Bob Dylan duet, an interesting salinity became prominent when Cash sang that wasn’t present on the Dylan verses. And different foods (and even different rooms within the audio center) also contributed to enhanced tastes and aromas; if you had sold me we had sipped six different whiskies, I wouldn’t have been shocked.

Admittedly, this was my first What Does Music Taste Like experience, and whisky was an outlier for a group that usually works with wine. Also, I went in expecting to find differences. But Boe estimates that 98% of the people who come to her events do notice changes in the wines (or, here, whisky) after hearing different songs.

We spent a few minutes with Boe to talk about how best to pair music and booze, and also go over the actual science behind musical palate transformation.

InsideHook: How did you get started pairing music with food?

Susan Boe: I’ve been in the event production business and specifically designing events and a lot of work with food. I was always pairing wine and music and liquor — and I did a lot of fragrance launches, where I had to make food that would go with a Dior fragrance. And then I did I got into doing holograms for them. So I’ve been using technology with taste for a very long time. I’ve always been interested in the intersection between technology and taste in art.

My eureka moment was that I was producing an event and the president of a big ad agency was there. In the end, we’re just hanging out and talking about things. And he started to complain that he needed a new ad campaign for his wine client; he said, “You know, millennials don’t give a damn that Robert Parker gave this wine a 93.”

From that, I realized the whole idea of wine tasting was very pedantic. So this program started with wine. I would do wine events and you’d have people that really knew about it and people that didn’t know about it. How do you join together and create a common bond that will unify people so you don’t feel like I’m the smart one in the room?

Do you only do these events in New York?

No — we’ve done an event in Virginia at a winery, for example. We developed an app to use radio frequencies, in a silent disco format, to deliver our program. That’s something we’ll do if it’s somewhere where you don’t have the kind of systems that we have at Innovative. The reason why I work with them is they have an incredible music library with really high-resolution files. I’ve done numerous events here for corporations here.

I was at your first whisky tasting. How was that different?

I think that whisky is much more challenging to pair. It’s basically because of the higher alcohol content and sugar content.

There’s this University of Oxford study that everyone points to from 2012 about how music and sound changes taste. I’ve also seen things about how loud sounds can enhance food textures, but diminish flavors like salty and sweet, or high frequency can increase our perception of our sweet and salty while low frequency can boost bitterness and umami. Do you find any constants?

Yeah. And the thing is that Charles Spence study you mentioned, he got a bunch of college students and he mapped their reactions. That was done with a piece of toffee candy and he played different pitch tones. There’s a lot more to a song than pitch.

I’m a real social scientist and I did my own studies in college. So I went into all the literature and I have some doctors helping us right now, including a professor at Stanford in neurobiology. So we’re really serious about this; I mean, this is an entertainment platform, but it’s based on real science. There are so many things that go into making music and all of those factors take effect. We have a proprietary formula; for our technology, we measure things.

How do you pick the music?

We like to have something that people know and something that people have never heard.  And we do a lot of testing. We break down the wine. This is part chemistry, part audio engineering — and a lot of this is based on the vibrations. I know this is simplistic and I don’t want to sound like a hippie, but we all vibrate. Everything in the universe vibrates. Einstein said something like everything vibrates at a certain resonance.

I’m actually now teaching weekly workshops with cancer patients and we are actually creating music that will stimulate their taste buds and that counteract certain things. So we have the ability to write original music for certain purposes, too. What we are finding is that people are responding to music and it’s opening up their palate. So writing music allows us to pinpoint that.

And sometimes we’ll edit a song. We edited the Kylie Minogue track you heard because there was a part which really wasn’t that great with the whisky, you know, and I think it was in the bridge. And so, it’s challenging to find a song, especially with whisky, because the taste lingers longer on your palate than wine.

We have done our program with thousands of people and kept records. So we know how people react to these things, and we’re constantly updating our knowledge on sound and how music influences taste.

But there’s still an art to all of this. No one wants to listen to a bunch of tones. When we’re doing an event, we have to figure out everybody’s mood and you want to have a certain kind of music and find the greatest pairing. But someone might hate a song and the music might be great but the lyrics are really negative or whatever it is.

What are some of the most extreme reactions?

It’s not just sound and booze, though; you also incorporate food.

If a venue offers food, I have to work with their kitchen; we would work with their chefs and say, okay, what do you have? We’re serving these wines. And then we either give them a recipe or work with them because certain ways to certain foods are just are spices are just going to knock it out and not work, you know? And so so we need to work with a venue that will understand how the food and music work together with the liquor. So it’s like a trifecta of taste; you have to have it all working properly.

And you can make wine worse if you want.

Oh, I’m not going to play something to make wine taste terrible if we’re working for a client, but believe me, we can do that. We can play two versions of the same song and one can make a wine taste great and the other make it taste crappy. That’s fun to do.

You seem to work with bigger clients, but who can access your program?

We’ve done it for people’s homes. We use the silent disco format there, so you put on headphones and you don’t worry about having the best sound system. So private homes, but also brands. And we’ve started to work with some food items and food products because not everybody drinks alcohol. We’ve also developed digital software which will eventually have a consumer launch for this. And we’re open to partnerships with other venues.

What do you hope people get out of these music and wine pairings?

Every time that someone comes to one of our events, it really makes them aware of how much our environment influences us. And they always say, I’m never going to have a glass of wine again and not notice the music that’s playing. That’s great. I like to say music is the microphone for your palate. 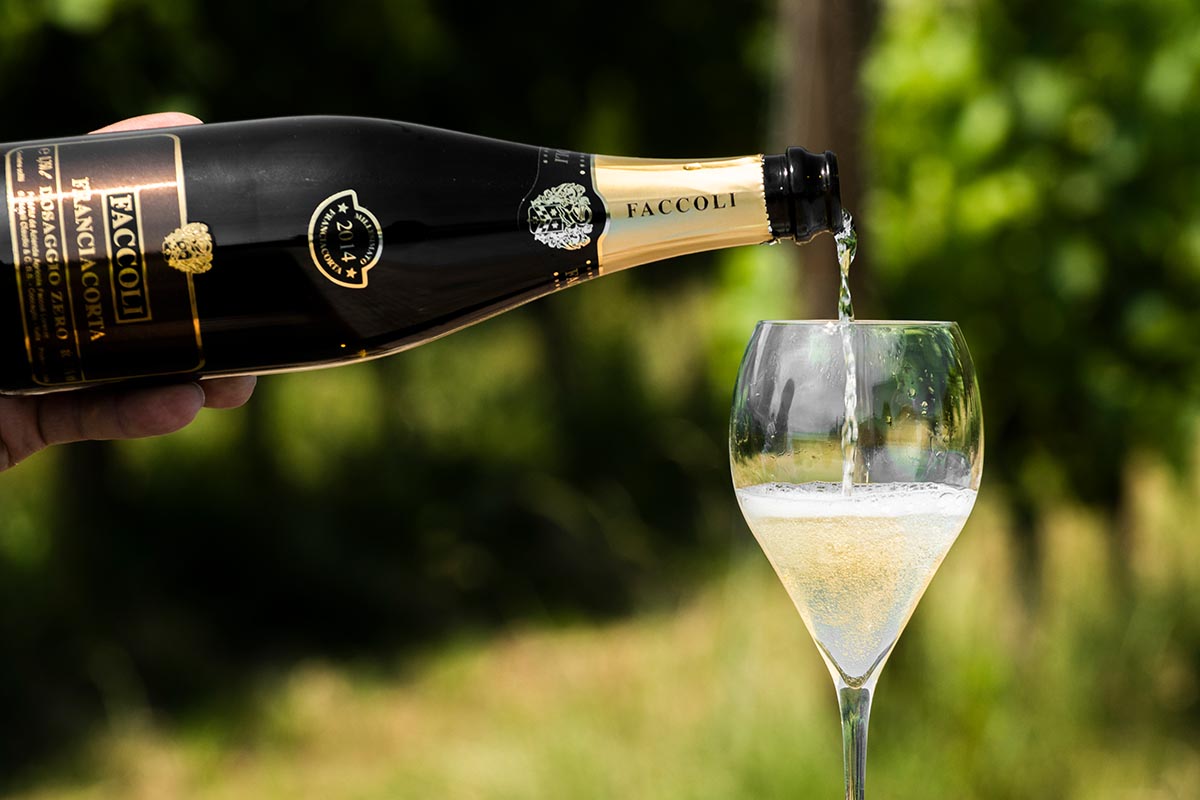 Why Franciacorta Is the Sparkling Wine You Want Right Now 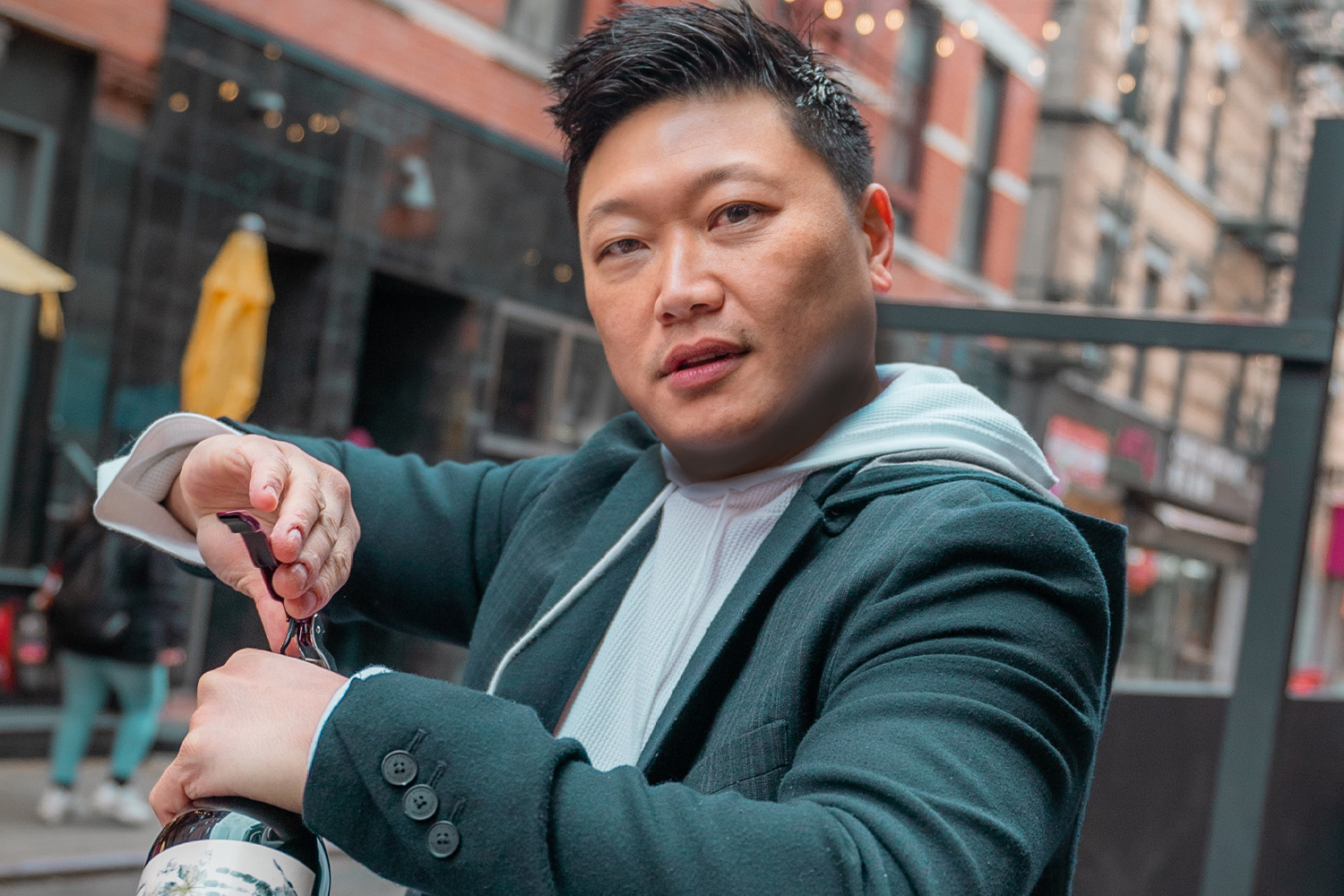 We Talked to TikTok’s Biggest Wine Star, Who Is Also a Napa Valley Wine Proprietor 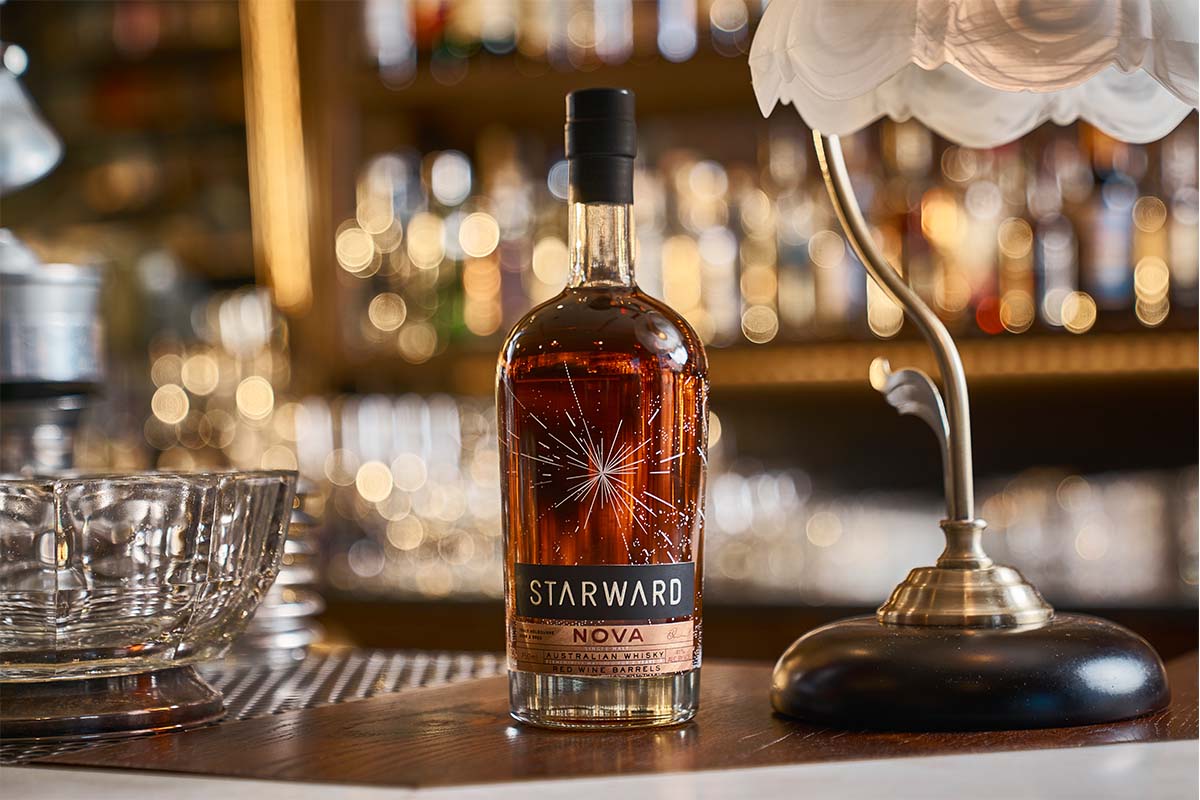