Brad Kilgore’s aim at MaryGold’s is to marry sophistication and approachability, nostalgia and flair. It’s with this in mind that the James Beard Award nominee with experience at several Michelin-starred establishments, including Chicago’s Alinea, has crafted his French onion soup burger: a marriage of rich, beefy flavor with a slightly French twist.

In keeping with Kilgore’s vision of the perfect burger, which offers “a balance of richness and texture” that never hides the flavor of the meat itself, this sandwich begins with top-quality beef.

“We use an all-natural steak blend chuck patty that is hearty and not too fatty or greasy,” says Kilgore. “Because of the quality of the meat, it retains its juiciness rather than fattiness.”

The burger is generously seasoned with salt and a blend of black pepper, garlic, onion and cayenne before being pan-cooked to perfection.

“We like to serve our burgers medium, with a nice warm pink interior,” Kilgore says. 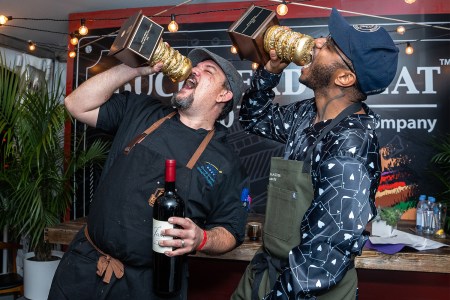 Once a nice crust has been achieved on one side, it’s time for the accouterments. First up: a grilled onion marmalade combining the sweetness of brown sugar, the tang of balsamic vinegar and the lovely bitter char of the grill. (Any leftovers would be more than welcome on a cheese board or a simple turkey sandwich.)

Atop the marmalade comes a triple dose of cheese. Gruyère is the classic topping for French onion soup, with its sweet nuttiness. It’s joined by cheddar, which offers a lovely lactic tang. And the secret ingredient? White American cheese, which provides gooeyness frankly unparalleled by the unprocessed stuff.

“The flavor overall is very reminiscent of the classic French onion soup,” says Kilgore, “but putting it on a burger really brings a level of excitement and comfort.”

Once the cheeses are melted, it’s time for assembly. A toasted brioche bun is smeared with both Dijon mustard and Kewpie mayonnaise. The latter may not be French, but the Japanese iteration of the sauce is a chef’s best friend, offering a touch of sweetness and, perhaps even more importantly, a touch of richness that even the proudest of Frenchmen could surely get behind. 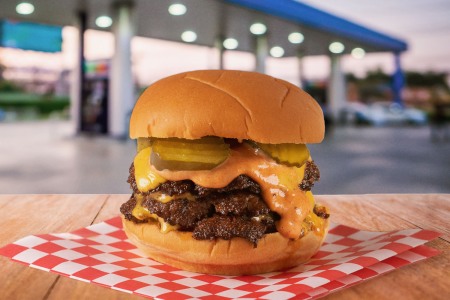 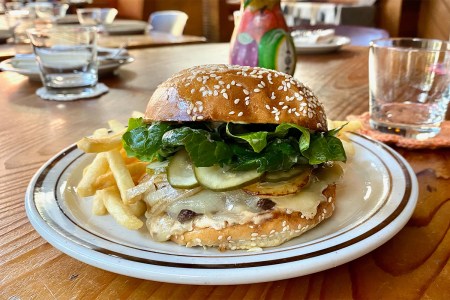