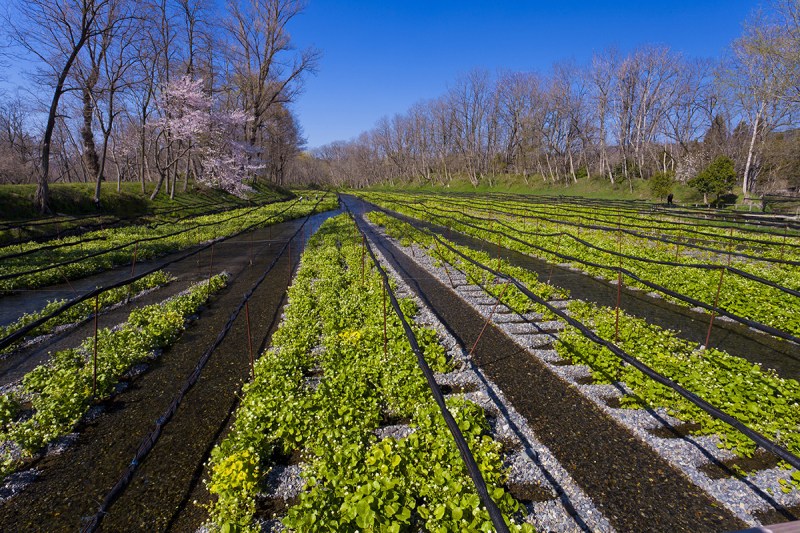 A wasabi field in Japan (JTB Photo/UIG via Getty Images)

The next time you sit down to an expensive meal of sushi, take a good, long look at the bowl of green paste next to your soy sauce: It’s likely that the wasabi you’ve been served isn’t the real McCoy.

That’s because the plant from which wasabi’s made is extremely difficult to cultivate and, in turn, off-the-charts expensive. So costly that, as Great Big Story notes, 90 percent of the time you get it in a store or restaurant, it’s fake. What’s the substitute? Plain old horseradish dyed green.

Wasabi might as well be called the “Goldilocks” of the plant world. For one, it takes well over a year to grow. It’s also adversely affected by too much or too little sunlight. (It needs to have just the right amount.) Plus, wasabi farmers must raise it in spring water that’s cooled to between exactly 55- and 65-degrees Fahrenheit. And if you farm it improperly and lose your crop, you’re done for the season because of the sheer length of time it takes to plant and grow another one. All that, and you need to cultivate wasabi by hand. No wonder the fix is in. 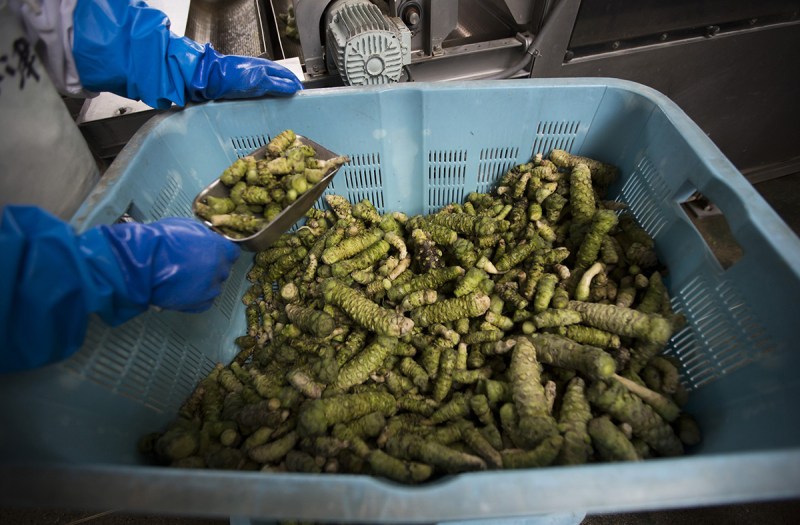 If bringing a wasabi crop to harvest sounds like a stressful situation, you’re right on the money… though with prices coming in about $80-100 per pound, if you do it the right way, you could be seeing another type of green soon enough.

In terms of the “real” wasabi taste, it’s difficult to describe. What we can tell you is the super-spicy flavor that takes a roller-coaster ride up your nasal passage and sticks around for an agonizing amount of time is probably the result of that green-colored horseradish goo you consumed. The pricier version—which you will have a much easier time finding in Japan—is a particularly complex taste. It starts out spicy but ends up tasting sweet.

Take a closer look at wasabi in the video below.