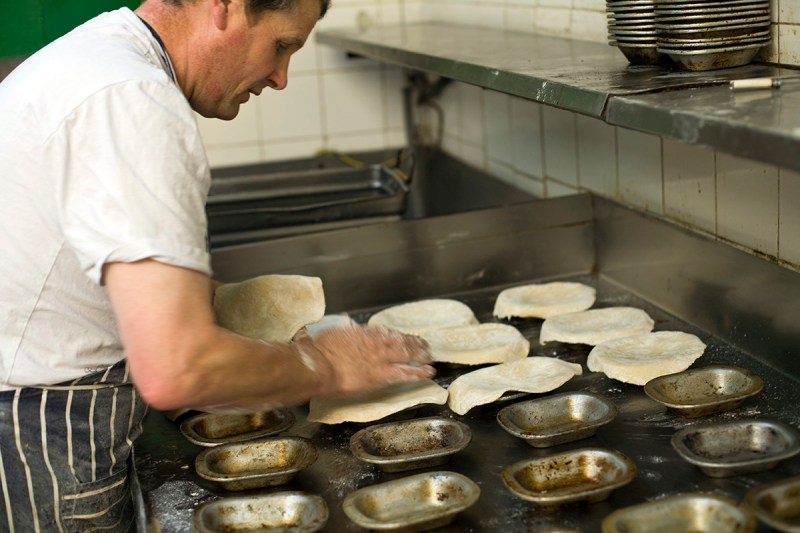 Take your tastebuds on a trip into the past in the East End of London. That’s where you’ll find Hoxton Street’s tiny F. Cooke pie shop—the oldest fast-food restaurant (and by that, we mean a quickly prepared hot plate of food) in the neighborhood. Established by one Robert Cooke in 1862 and now run by his great-grandson Joe, F. Cooke is partial to just a trio of dishes: meat pies, mashed potatoes, and boiled eel.

The “pie and mash,” as it’s known, is made from scratch like a normal smallish fruit pie, with a homemade dough shell (see above), but with either Scottish or English beef hindquarter flank and a gravy sauce inside. (The mashed potatoes should be self-explanatory.) 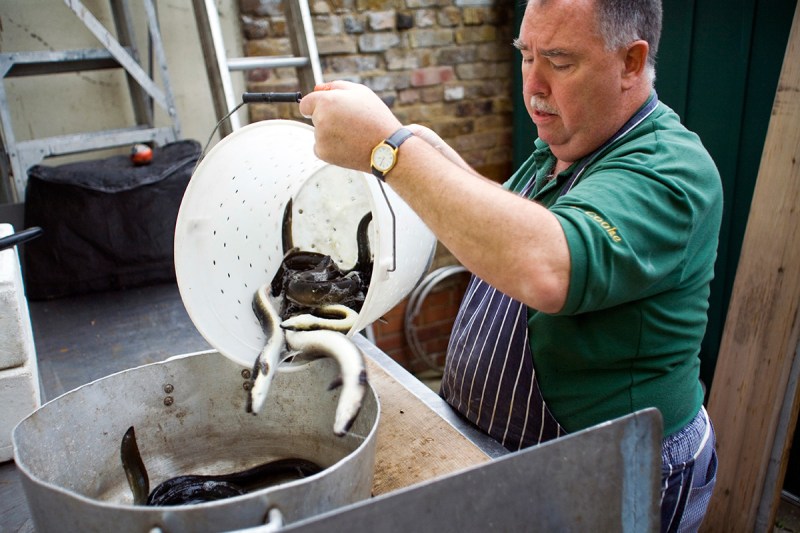 Joe Cooke bucketing in eels ready to be killed and gutted at the rear of Cookes’ eel, pie, and mash shop in Hoxton, London (In Pictures Ltd./Corbis via Getty Images)

“But eel?” you say. Chef Cooke butchers the eels live in his kitchen before boiling, gelatinizing, and popping them in the refrigerator overnight. (Fun fact: live eels can still be fished out of London’s Thames River, but the population is dying off in alarming numbers.) Prepared cold in a parsley sauce known as “liquor,” the “jellied eel” has been an East End favorite since the 18th century—but has been on the way out in London for a number of reasons including gentrification. 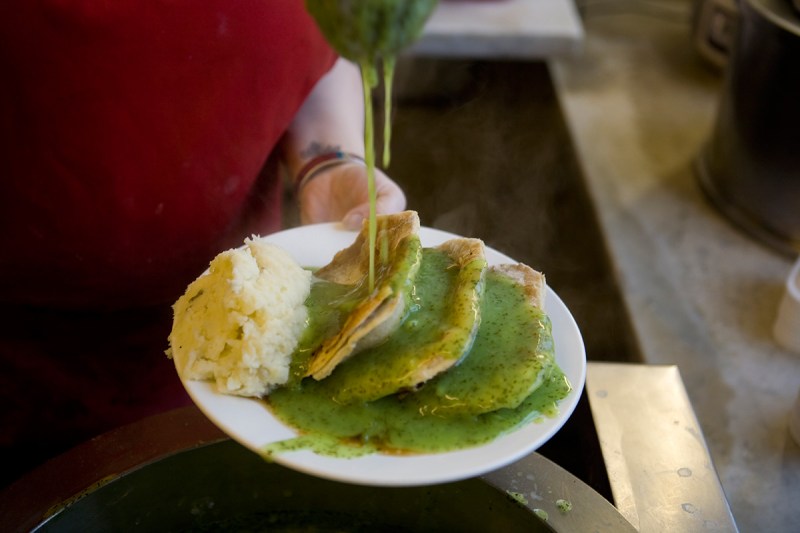 For more on the oldest fast-food joint in London’s East End, watch the video below.