From Ace Ventura's leisure shirts to Zissou's tipple of choice

Welcome to InsideHook’s Staff Picks, a compendium of what our editors are digging recently. Since it’s Oscar season, this week we asked our editors to pick out their single favorite item that was inspired by a movie they love.

Centr, by Chris Hemsworth
I’m not a Marvel fan. I’ve only seen Iron Man and The Avengers. And I don’t use apps. So choosing a fitness app released by a guy whose movies I’ve never seen for my film-inspired Staff Pick probably makes zero sense. But that’s just how damn good Centr is. It’s the affable Aussie giving you access to the expertise that built Thor: boxing trainers, ex-Navy SEALs, Hollywood stuntmen, Michelin chefs, yogis and more. Each day, these pros post new workouts, recipes and guided training sessions, accompanied with detailed notes and videos. Honestly, they make it really tough for you to screw it up. Just yesterday I did strength trainer Torre Washington’s “Shoulder Shred,” and worked harder on the weights than I have in months. I’m not able to swing the hammer just yet, but I’m getting there. — Tanner Garrity, Associate Editor

Lisboa Francisco Flannel
TBH, the childhood movie that left the biggest mark in my life was Flash Gordon, the campy ’80s sci-fi flick that introduced me to Queen, the New York Jets and, um, exotic princesses. But as an adult, I keep thinking back on Singles. The Cameron Crowe relationship dramedy came out a few years after I moved out of Seattle and a few years into the grunge movement, so you can’t really credit the movie for “inspiring” anything in my life. But I saw the film again recently and it still holds up … and it reminded me that I love nothing more than throwing on a cheap, comfy flannel. Best wardrobe option ever. As I’m an old now, I need something elevated, like this Portuguese midweight (on sale!) that can pass for business casual but still feel (and look) right at home during whatever mid-’90s band reunion I’m attending this week. — Kirk Miller, Nation Editor/Managing Editor 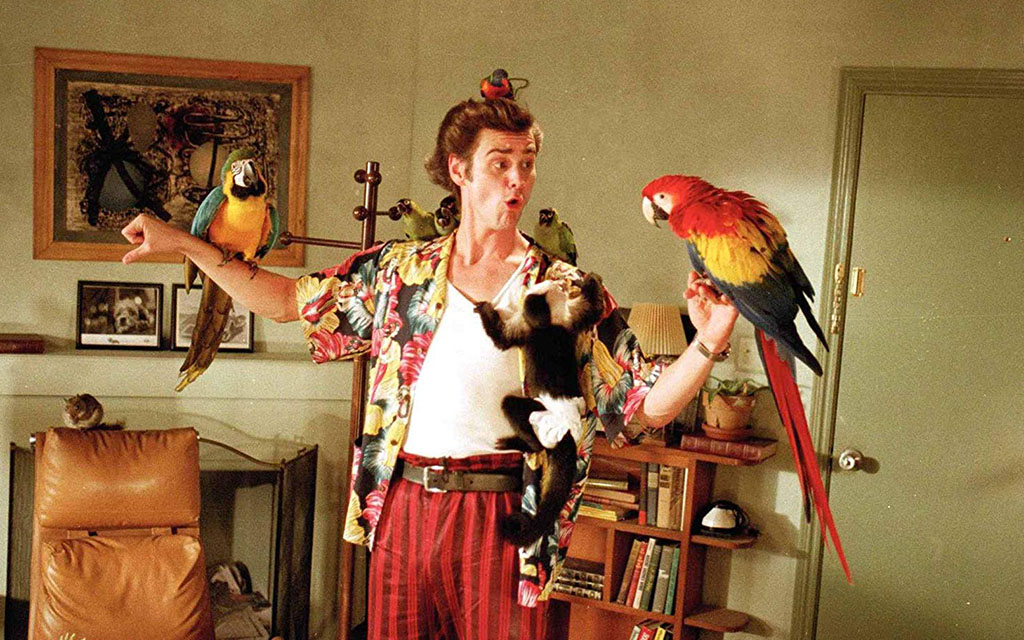 The Wild Print Short Sleeve Button Up
Ace Ventura is an undeniable force of comedic assholery, at once utterly obnoxious, frustratingly intelligent and knee-slappingly funny. Over the course of Ace’s two films (of which I’ll contend the sequel surpasses the original, albeit only by a hair) he dons many a wild patterned short-sleeve button up, left unbuttoned with nary but a wife beater underneath and baggy pants tucked in to his combat boots, as if to present a middle finger directly to the sartorial gods. And while I don’t suggest that anyone ever dress like him, the wild print button-ups are something that can be incorporated into a well-balanced wardrobe (hold the wifebeater, though), especially with summer approaching. At the link you’ll find a wide assortment from the more conservative to the more daring, depending on how Ace you want to be. — Eli London, Director of Partnerships and User Acquisition 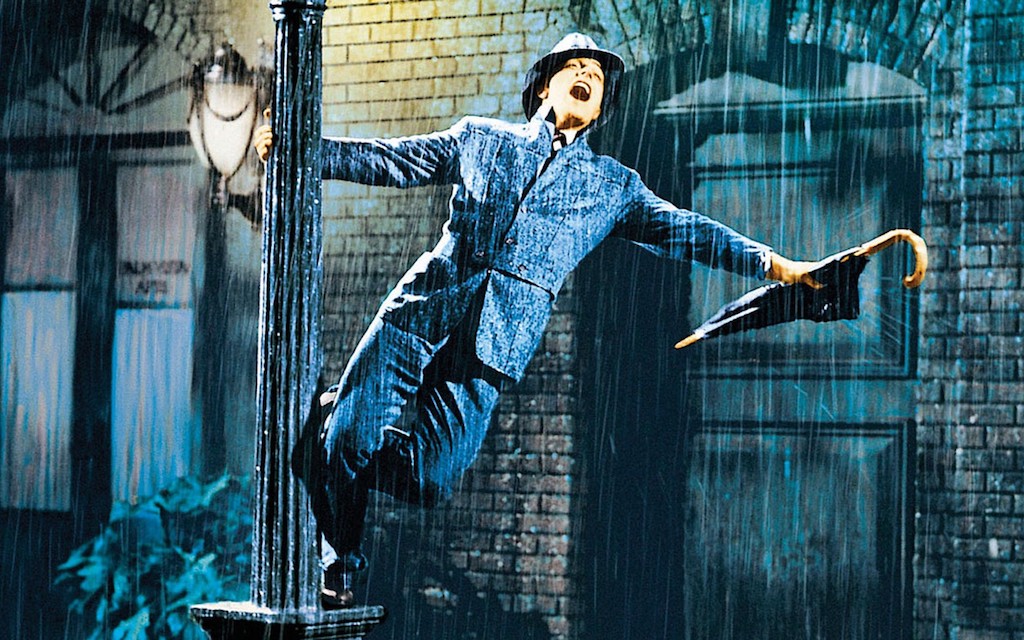 Curved Handle Umbrella
There are a few items that give me a confidence boost by simply being on my person. First, my wool overcoat. Second, leather boots fresh off the shoeshine block. Third, a curved handle umbrella, which I can only attribute to Gene Kelly. As anyone who’s seen Singin’ in the Rain knows (if you haven’t, please reevaluate your streaming priorities), this is not about what’s practical. Kelly gets soaked 60 seconds after stepping outside. But a mini umbrella, no matter how practical, will never spark joy, as they say. As the rainy season commences, pick up Davek’s Elite model which includes a lifetime guarantee. — Alex Lauer, Senior Editor Campari, 750ml
Among my more pretentious habits, I always order a post-prandial glass of Campari on the rocks when dining out. Why Campari, which is actually an aperitif and thus an anachronistic and somewhat gauche choice? I don’t even know that I particularly like Campari. But I do like having clearly identifiable preferences and tics and choices, like Steve Zissou did in The Life Aquatic — one of which was drinking Campari by the tumbler. — Walker Loetscher, Editor in Chief 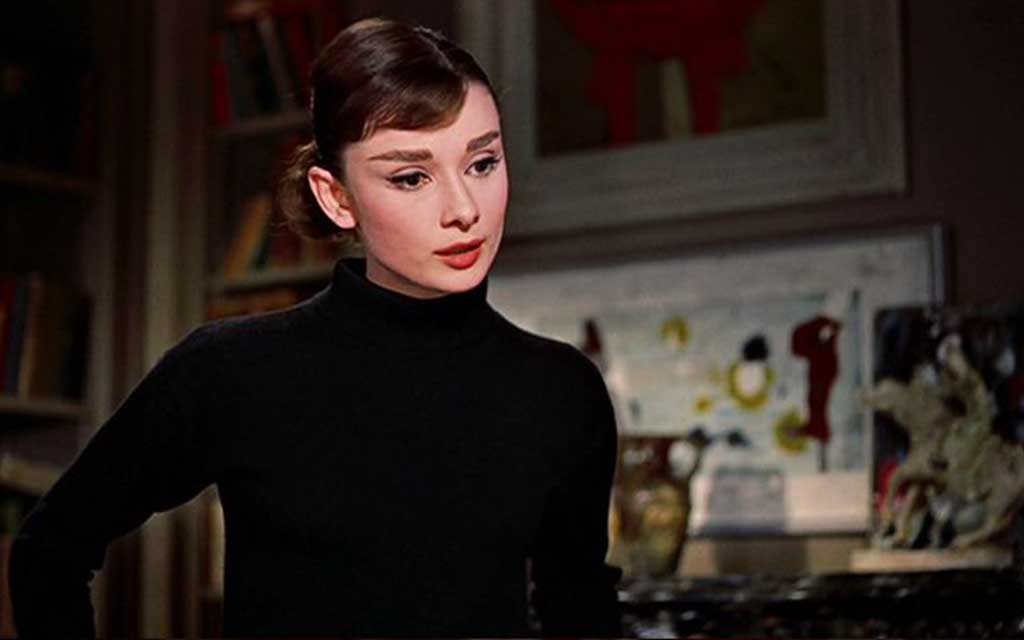 Funnel Silk-Cotton Slouch Turtleneck Top
Everyone looks good in a turtleneck. Sorry! This is not up for debate. My turtleneck admiration began in high school, after watching Funny Face, the 1957 musical starring Fred Astaire and Audrey Hepburn. At one point in the film, Hepburn has a Bohemian-style solo dance sequence where she’s dancing on tables and chairs in a dim-lit, cigarette-filled Parisian bar, all while looking chic in black leggings and a long-sleeve turtleneck. Yes, out of all the couture dresses Hepburn wears in that film, I fell in love with a black turtleneck. Later, I went rummaging through my mother’s closet and found an old black turtleneck, which I stole and still wear to this day. You can find a turtleneck anywhere, but this one from Theory is composed of a silk-cotton jersey, features a rib-knit turtleneck and cuffs. It’s laid-back, it’s cool and leaves just enough room to get your tap-dancing on.  — Logan Mahan, Editorial Intern

I admit: Until Wednesday, I competely associated Bermuda’s Goslings with their Black Seal Rum and their always delicious Dark ‘N Stormy (the company’s trademarked take on a rum/ginger beer cocktail). Then I had dinner with Malcolm Gosling Sr. (aka Papa Seal) and tried a multitute of Goslings offerings, including a lighter Gold Seal Rum (perfect for cocktails), their new ultra-premium and very rare Papa Seal (sip it with an ice cube) and the Family Reserve Old Rum, which sipped like a Cognac but also worked wonders in a cocktail. Now I’m smarter, more versed in rum and definitely too hungover for a weekday (note to Papa: rum gives me hangovers, no matter the quality).