Made from just wheat, salt and water, the new noodle’s textured ridges are crafted using a patented dual blade

The Meteor is a thicker noodle with a slightly more chewy bite.
A-Sha Noodles
By Evan Bleier @itishowitis

Inspired by the Italian word for waterfall, the new pasta shape was designed to hold more sauce than other noodles — precisely what a new offering from cult-favorite ramen manufacturer A-Sha was also crafted to do.

Created by the AAPI-owned brand using a patented dual blade that cuts textured ridges which allow sauce to coat the entirety of the noodle’s surface, the Meteor Noodle has more than double the surface area of A-Sha’s signature noodles. A thicker noodle with a slightly chewier bite, the three-dimensional Meteor is made from just wheat, salt and water and then air-dried for 18 hours.

“This meteor noodle is so thick it’s akin to the bucatini from the pasta world,” A-Sha founder Young Chang tells InsideHook. “Chopsticks are great but sometimes I like eating these noodles with a fork because it works better.”

Eventually named for its resemblance to a shooting star, the five-edged noodle was nameless for quite some time during the development process, according to Chang. “Meteor Noodle was always the idea, but we had a few back-and-forths with it. We tried calling it the Star-Shaped Noodle because it has five edges to it but nobody could tell because I think we’re so used to seeing things like SpaghettiOs,” he says. “People were literally expecting a star shape to appear. Then we started calling it the 3D Noodle. So it got a little confusing. At the end of the day, we were like, ‘Let’s just stick to what it was. It’s a Meteor Noodle as a reference to the star shape and we can kind of build a story around that.’”

For Chang, who left a high-paying job at Warner Bros. to get into the ramen business, remaining true to A-Sha’s 100-year-old Taiwanese noodle recipe was important, but doing something innovative in what had become somewhat of a stagnant space was also a priority.

“Everyone has a preconceived notion of what ramen noodles look like. That’s no fault of the customer because that’s all the industry has been giving them,” Chang tells InsideHook. “We wanted to shake up the ramen world by using two-blade technology instead of a single cutting blade. It created a 3D effect on the noodle itself that creates more surface area. More surface area equals more sauce. Because of the shape, the bite on that noodle is completely different from any other ramen noodle that’s out there. We loved it so much, we patented the blade technology.”

Paired with a new sauce made with fermented soybean paste, the Meteor is a way for A-Sha to distinguish itself from its competition in an instant-ramen marketplace that has become increasingly crowded since Chang’s company launched operations in the U.S. in 2015.

“Despite the progress we’ve made and the amount of market penetration we’ve had, we can’t ride on that anymore because there are so many new startups with protein-infused noodles and gluten-free noodles and all these things,” he says. “We have to keep innovating and looking for opportunities so that we can stay at the forefront of this industry. The development of the Meteor Noodle goes away from tradition, but I feel it’s what the market wants. We’re willing to take risks and I think people are ready. Everyone’s looking for new spins on old classics, right?” 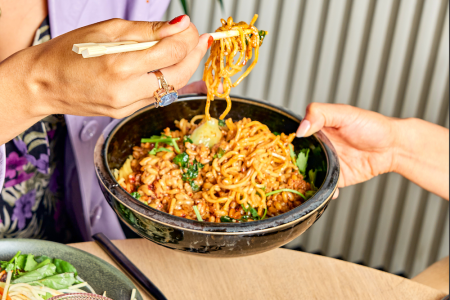 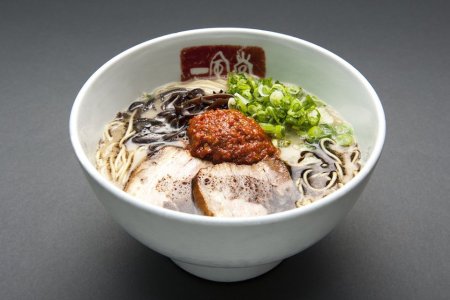 The Best Bowl of Ramen in 28 US Cities 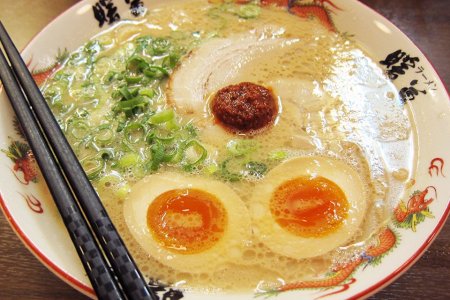