7 Tips To Pull Off a Last-Minute Thanksgiving Feast

Use them and you won't break a sweat or the bank. You're welcome. 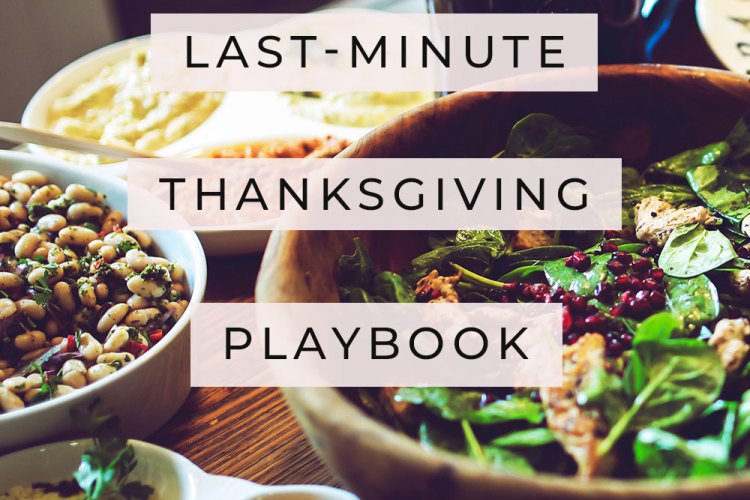 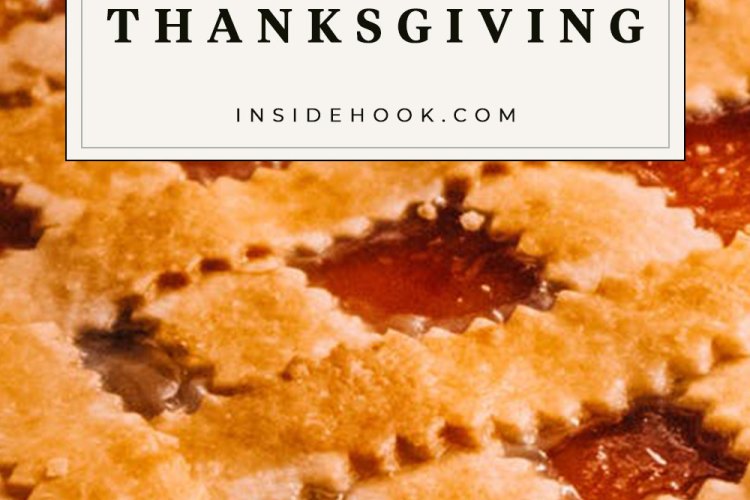 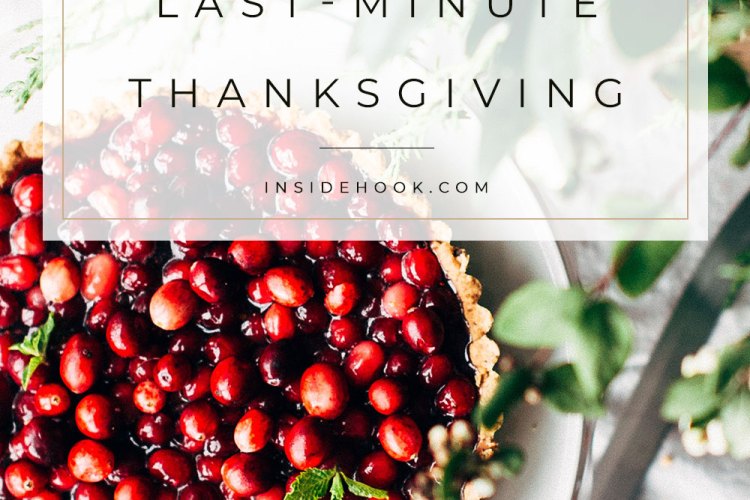 Thanksgiving isn’t just the most bountiful feast of the year, it’s also one of the more financially and emotionally stressful days across the country.

That’s especially true if you’re the one who’s in charge of the massive spread and still haven’t started with preparations. Maybe that’s because hosting duties fell into your lap at the last minute, due to an unforeseeable illness or travel issues. Or, perhaps, procrastination reared its ugly head. No judgments.

Either way, the day-long dinner is here, and it probably includes your immediate family — spouse and kids — maybe a pair of parents or two, some aunts and uncles, a few miscellaneous cousins and a random friend who couldn’t (of wouldn’t) fly home. One Pew Research poll found that more than 60% of Americans were expecting at least 10 people at their Thanksgiving table. Nearly 30% said it’s closer to 20.

With hosting, of course, comes the cost of not only time and effort but of money. Like the bird itself — which averages about $1.50 a pound, or about $25 for a whole turkey. Factor in favorite side dishes like mashed potatoes (on the menu in 88% of American homes), stuffing (79%), rolls (75%), green beans (67%) and pumpkin pie (62%), plus appetizers and drinks, and you got yourself quite the shopping bill.

While personal finance site GOBankingRates estimates that the typical Thanksgiving spread costs about $150 — a bargain to those of us in more expensive cities like San Francisco, Chicago or New York City — there are ways to cut this down.

One of them is to not think twice about asking your guests to pitch in a little, celebrity chef Aaron Sanchez told RealClearLife. “I think that it is totally acceptable, especially during the holidays if you are hosting, to ask people to bring specific items. Bringing drinks, a particular side or dessert is very common and it makes life much easier for the host.”

In other words, there’s still time to save — and to savor the day.

For the vast majority of ingredients, that’s exactly what they are — ingredients. Your great-grandmother’s recipe for marshmallow-baked sweet potatoes is going to be just as delicious when created from generic, store brands as with more expensive brand-name groceries. You’ll save some cash and no one will be the wiser.

Side dishes, desserts, drinks — why should you be responsible for everything? Making your home presentable for your obnoxious, Dallas Cowboys-obsessed cousin (just me?) and waking up at the crack of dawn to dry brine a 20lb. carcass that requires hourly basting is enough. Take Sanchez’s advice: Recruit your friends and family to bring their favorite sides and sweets, and tap one or two others to grab the wine and call it a holiday.

Buy in bulk — with a friend

Deals at membership-based superstores like Costco and BJ’s are always going to be more economical than your local grocer — especially when you wait until turkeys are sold out everywhere else. But do you really need a 15-pound bag of potatoes? Probably not. Grab your Costco card-carrying friend, split the haul and the cost.

An easy money- (and in some cases time-) saving hack is to swap out expensive ingredients for cheaper ones. Do you need to slow-roast expensive bunches of asparagus that require a costly drizzle of aged balsamic? No, Martha Stewart, you don’t. Opt instead for flash-blanched green beans sprinkled with flaky sea salt and store-bought roasted almond slivers.

Nothing goes to waste on a budget Thanksgiving. That includes what may appear to be one dish’s trash. When utilized correctly, it can be another’s treasure.

“I try to use every scrap,” executive chef Claudette Zepeda-Wilkins of El Jardín in San Diego told RCL. “For example, I make chorizo stuffing every year. Life hack: don’t throw away the rendered chorizo fat! You can add (it) to biscuits for extra flavor. They’ve become a requirement at my Thanksgiving table.”

One of the few advantages to procrastinating on Thanksgiving, or, in your defense, being saddled with a last-minute feast, is that some grocery stores need you as much as you need them. Some chains will stock up on fresh produce in the lead-up to a big holiday, only to realize they have more corn than they’re able to sell and have to reduce prices to get rid of it before it starts to rot. Take advantage.

One surefire way to save on a trip to the grocery store is to first make a list. Before you even leave the house, take stock of what you have — is there definitely enough brown sugar in the back of the pantry for the sweet potatoes? — and write down everything you need to buy. Then, with your battle plan in-hand, snake the aisles with confidence and self-control. Don’t deviate.