Inside the First Ever Sotheby’s Auction Dedicated Entirely to Gold

“The Midas Touch” auction is setting the new gold standard.

As financial markets foreign and domestic continue to rise and fall with the tides of the Twittersphere, many business folks are still putting their money into good ole solid gold as a safe haven for investment. It’s a hack that resurged in 2000, and eventually made its way down to local infomercials where even the least savvy capitalists could swap their gold jewelry for cold hard cash. Now, in a play cleverly timed with new heights of market volatility, Sotheby’s has decided to present this hot commodity in its rarest forms with The Midas Touch, an auction comprised entirely of golden lots.

From Ancient Egypt and the Greek myth of King Midas to the conquest of the New World and the Gold Standard, the items traverse several millennia and take on a slew of shapes, sizes, and, perhaps most importantly in this case, weights from the shockingly pragmatic to the most progressive modern masterpieces. While the Sotheby’s team is still hard at work sourcing the finest in gold specimens, there’s already an “Imperial carved giltwood ceremonial armchair” leading the sale. Dating back to 1804, the chair was originally commissioned for Napoleon’s Throne Room at the Tuileries palace. It’s a rather practical piece of decor, and yours for just $265,000 to $397,000 (£200,000 to  £300,000). Whether you choose to actually sit on it remains at your discretion, but, after all, if it was good enough for Napoleon’s posterior, why not yours? 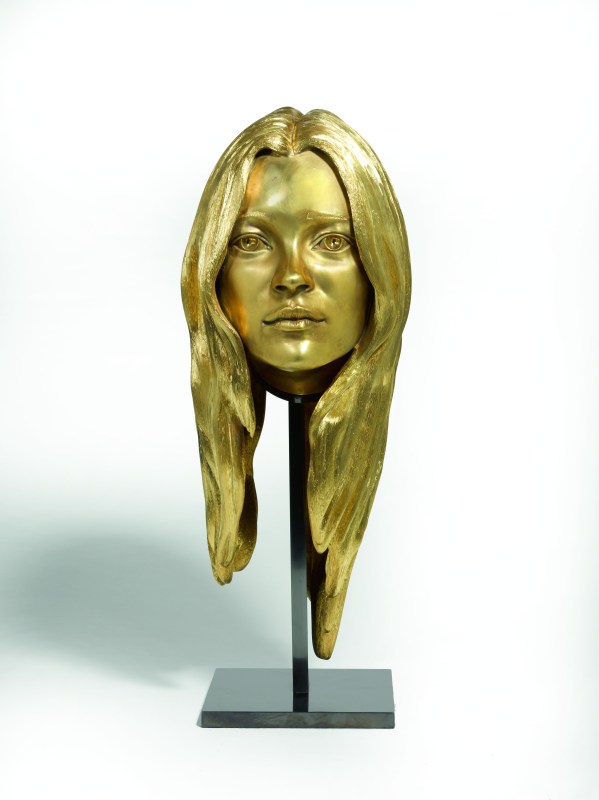 There’s also a sculpted bust of supermodel Kate Moss, cast in 18-carat gold by British contemporary artist Marc Quinn, who has rendered Moss in various states of undress over the years. This particular rendition, weighing in at a whopping 17.6 pounds and completed in 2010, is entitled “Song of The Siren.” It’s expected to fetch a cool $397,000 to $529,000 (£300,000 t0 £400,000); just a small fraction of the tens of millions in sales anticipated from the event as a whole.

The lots will open up for bidding online beginning Oct. 9, with a live sale taking place at Sotheby’s London headquarters on Oct. 17, where it’s expected that security will be high and the collective net worth of bidders in attendance will somehow be even higher.