10 of the Most Famous Pieces of Art Ever Stolen

List of iconic purloined art is valued at billions of dollars; some pieces remain missing.

Officials gather around Leonardo da Vinci's 'Mona Lisa' (aka 'La Gioconda' or 'La Joconde') upon its return to Paris, 4th January 1914. It was stolen from the Musee du Louvre by Vincenzo Peruggia in 1911, and has only just been recovered. (Paul Thompson/FPG/Archive Photos/Getty Images)
Getty Images
By Rebecca Gibian

As long as there has been art, there have been art thieves. Sometimes groups of thieves have been able to steal massive hauls of hundreds of millions of dollars worth of art all at once, while other times thieves have focused on taking a very specific prize. Some criminals are successful, while many others get caught, and occasionally, the artwork is destroyed in the process. Below, we take a look at some of the most famous works of art ever stolen—including paintings by legends like Leonardo da Vinci, Gustav Klimt, and Edvard Munch—some of which were never found again. 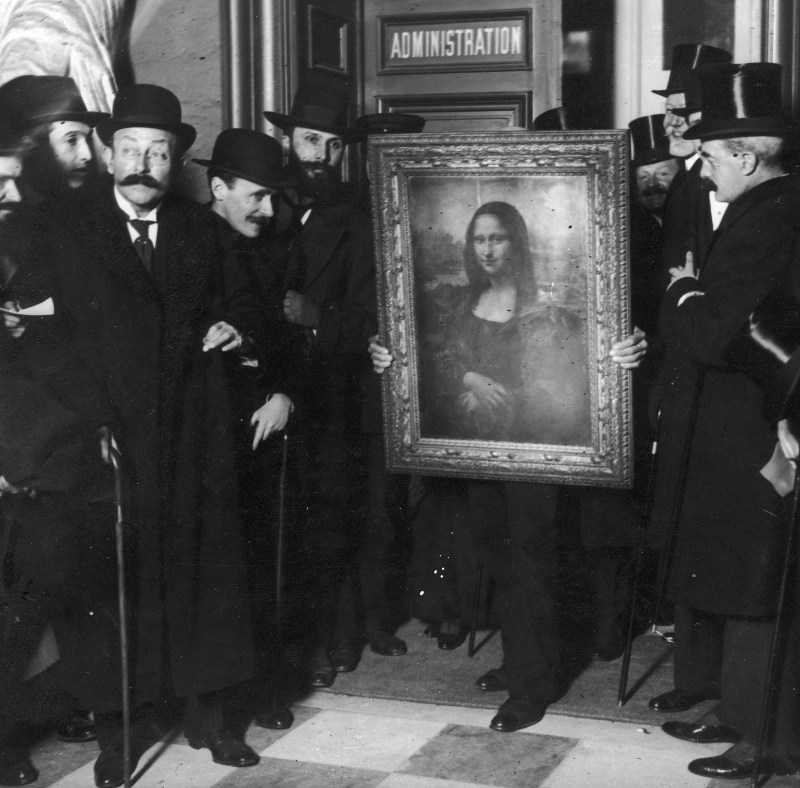 Officials gather around Leonardo da Vinci’s ‘Mona Lisa’ (aka ‘La Gioconda’ or ‘La Joconde’) upon its return to Paris, 4th January 1914. It was stolen from the Musee du Louvre by Vincenzo Peruggia in 1911. (Paul Thompson/FPG/Archive Photos/Getty Images)
Getty Images

The Mona Lisa was famously stolen on Aug. 21, 1911, after three Italian handymen hid in the art-supply closet of the Louvre in Paris all night. The thieves made a clean getaway and the ringleader, Vincenzo Perugia stashed the painting in the false bottom of a trunk in his Paris boardinghouse. Perugia eventually tried to sell it to an art dealer in Florence, who became suspicious and alerted authorities. The Mona Lisa was returned to the Louvre 28 months after it was stolen. 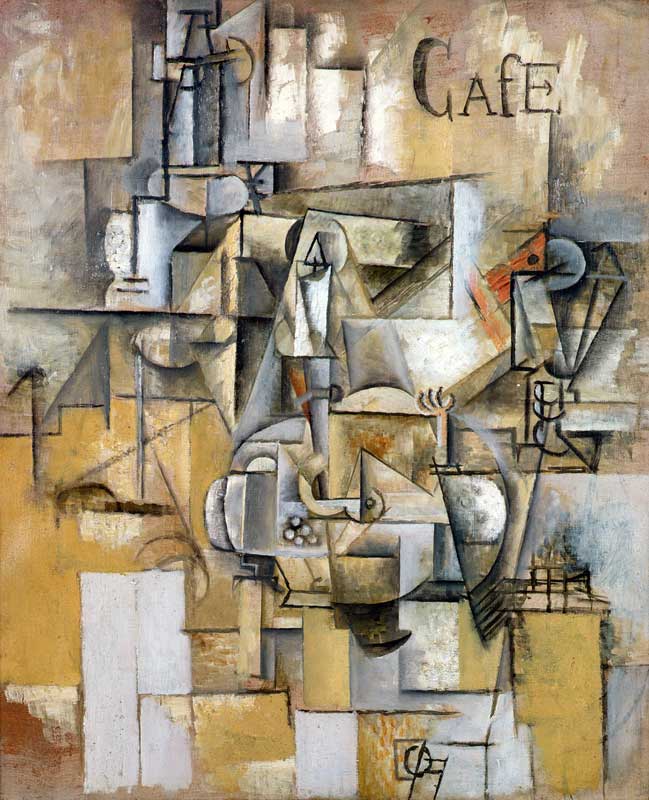 The painting was stolen from the Musée d’Art Moderne de la Ville de Paris. The thief threw it into a bin which was emptied before authorities knew that the painting was in it. Officials have all but given up on finding it, though the painting would be worth more than $26 million at auction today. 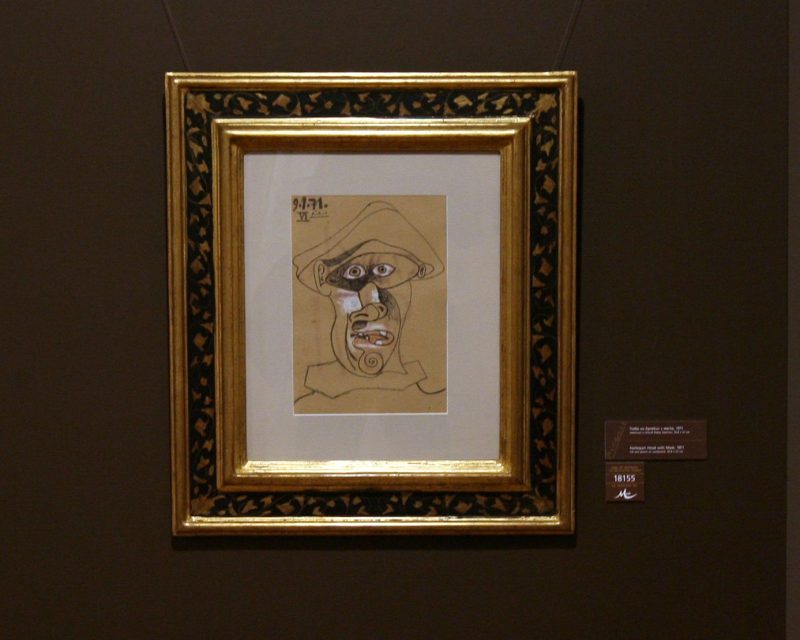 This 1971 Picasso painting was one of seven taken from the Rotterdam Kunsthal gallery during a daytime heist, which was the biggest art theft in more than a decade in the Netherlands. Olga Dogaru, the mother of one of the three Romanian thieves, got scared when her son was arrested so she buried the art in an abandoned house and then a cemetery. Later, she dug them up and burned them when she heard police were looking for the stolen works.

It is believed this panel from the massive, multi-part Ghent Altarpiece depicts portraits of several then-contemporary figures, like Philip the Good and possibly Hubert and Jan van Eyck themselves. But the panel was stolen during the night on April 10, 1934 from the Saint Bavo Cathedral in Belgium. It was never seen in public again.

5. Portrait of a Young Man

“Portrait of a Young Man” by Raphael

Portrait of a Young Man was created in 1513 0r 1514 by painter and architect Raffaello Sanzio da Urbino, better known simply as Raphael. Many consider it Raphael’s self-portrait. It was stolen by the Nazis from Poland and is considered the most important painting still missing from World War II.

This work was created in early 1884 and was modified in late 1885. Van Gogh painted it in Nuenen, a small village in the Netherlands, when van Gogh’s father became the pastor of the local Dutch Reformed Church in 1882. The artist painted it for his mother when she broke her leg. The original painting showed just his father’s small church and trees, but in 1885, a congregation in mourning clothes were added. Van Gogh’s father died in 1885. The painting was stolen from the Van Gogh Museum in Amsterdam in 2002 and remained missing for 13 years. It was recovered in 2016.

The painting shows a man and two women performing music. It was stolen from the Isabella Stewart Gardner Museum in Boston in 1990 and has never been found. It is estimated to be worth over $200 million.

“Madonna with the Yarnwinder” by Leonardo da Vinci

This painting, worth between $45 and 50 million, was stolen from the Duke of Buccleuch’s home in Scotland. It was recovered four years later, but the duke never saw it again, as he died a month before it was returned.

9. Portrait of Adele Bloch-Bauer I (The Lady in Gold)

“Portrait of Adele Bloch-Bauer I” by Gustav Klimt

This painting by Gustav Klimt was one of the many pieces of art stolen by the Nazis during World War II. It was painted between 1903 and 1907 and was commissioned by the subject’s husband, a Jewish banker and sugar producer. The painting was returned to the family after the war and was sold the same year for $135 million, at the time setting a record price for a painting. 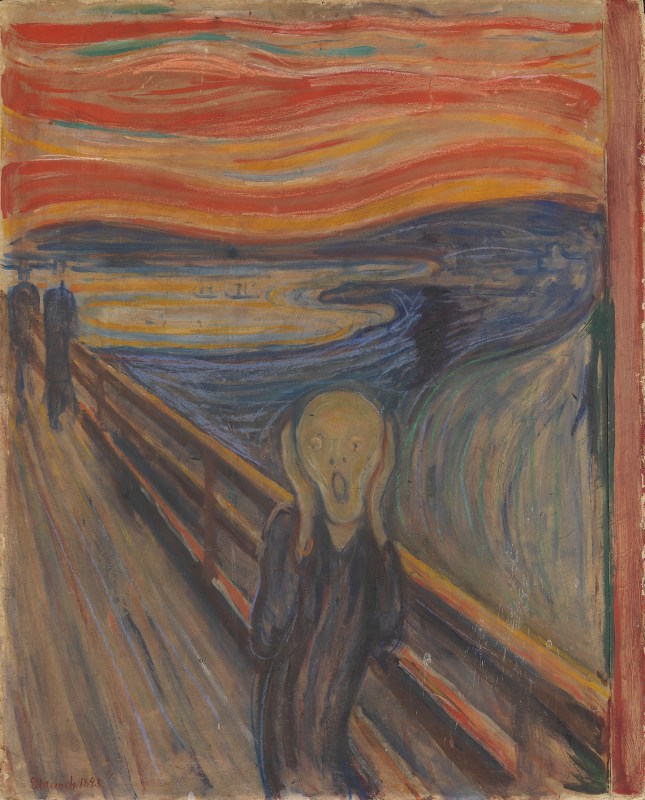 This iconic painting was created between 1893 and 1910 and shows a figure with an agonized expression standing in front of an tumultuous sky. It was known as the “icon of modern art, a Mona Lisa for our time.” It was stolen from the National Gallery in Oslo in 1994. The gallery refused to pay a ransom of $1 million, so the Norwegian police had to set up a sting operation and it was recovered successfully. But it was stolen from the Munch Museum in Oslo in 2004 when masked gunmen entered the museum. The painting was damaged, but was retrieved in 2006.

Why Competitive Chess Is as Vicious as 10 Rounds in a Boxing Ring
Why “Batman Returns” Stands as the Best Superhero Movie of All Time
The 7 Best Travel Destinations for Summer 2022, According to Hotel Expert Brandon Berkson
Moaning Is Not (Officially) Part of the Female Orgasm, Says Study
No Wonder Brooks Koepka Defended the LIV Golf Series Before the US Open