She died in 2016 with the manuscript unfinished. Her husband, comedian Patton Oswalt, completed it.

The email arrived in my inbox on January 30, 2007. At the time I was running a true crime blog of my own in addition to furthering my freelance career, which had begun in 2004.

She wrote, “My name is Michelle McNamara, and I operate the crime blog True Crime Diary. I just wanted to say ‘hello’ as a fellow crime blogger.” She stated she’d linked my blog from her own  and had kind words for my work. Then she wrote that she hoped I would “check out some of [her] stuff as well. I plan to amp up considerably in the coming months.”

I replied immediately. I thought her blog was great, and I really hoped she would amp it up “because what I read was very well done.” I guess that was how we became friends.

In the years that followed we exchanged hundreds of emails about the cases we covered, the crimes that obsessed us, and sometimes just about life in general. We’d only speak on the phone just a few times—our longest conversation was for a podcast on her site.

When Michelle McNamara first emailed me, I tried to play it cool and friendly in reply. But I’d already read every post she’d published on True Crime Diary. A commenter on my blog had linked it, and my reaction was something like “eureka!” So many attempts by others to cover true crime stories in blog format were just bad. Overwritten, hyperbolic, and prone to connecting all the wrong dots in a story and calling it good. In contrast, her work was professional and precise. It demanded the reader take it seriously. Michelle McNamara was a born journalist, and her talents as a reporter were certainly light years ahead of mine.

She was also a profoundly gifted writer. Her I’ll Be Gone in the Dark, which hit bookshelves Tuesday, is a true crime masterpiece.

This is not a book review and wasn’t intended to be. I was never anything but a fan of Michelle McNamara’s work, and just enough of a friend that no review of mine could be entirely objective. But I know a little about the woman and her path to creating a work that will stand with the likes of Truman Capote’s In Cold Blood and Ann Rule’s The Stranger Beside Me in the pantheon of great true crime.

The book’s full title is I’ll Be Gone in the Dark: One Woman’s Obsessive Search for the Golden State Killer. It’s about a serial killer originally dubbed the East Area Rapist/Original Night Stalker. He haunted Central and Southern California between 1978 and 1986. He began as a particularly cruel and idiosyncratic rapist, targeting single women. Then he moved to Orange County and targeted couples, killing at least 12 before he apparently stopped.

The East Area Rapist wasn’t connected to the Original Night Stalker until DNA tests revealed they were the same man in 1996. The discovery made things much more complex than before. It was clear to two police jurisdictions hundreds of miles apart that they were working the same cold case. 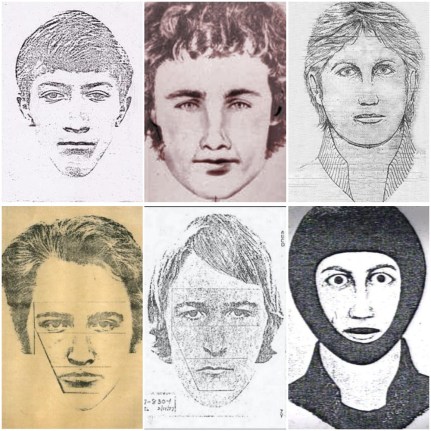 The news of the DNA connection was fascinating and received a decent amount of news coverage—but despite the striking fact that a serial rapist and killer had been revealed years after his crimes, the mystery remained a subject of fascination among only the most committed true crime obsessives. A killer far deadlier than the Zodiac—who had taken at least five lives in Northern California in the late 1960s and early 70s—was the subject of thousands of pages of message board discussions and one self-published book, but that was about it.

In Gone in the Dark, Michelle McNamara first details how her general true crime obsession began when she was 14. A young woman had been murdered near her home. She went to the alley where the murder occurred and discovered pieces of the victim’s broken Walkman. It would have been a singular moment in the mind of any writer, those shards of plastic left behind as markers of a tremendous tragedy, but it was a spark that burned deeply into Michelle’s mind, one that became a flame when she launched True Crime Diary in 2006. That flame became a wildfire when she first wrote about the Golden State Killer in 2011.

I first read about the killer on her blog—and she admitted in her first post that the nameless killer had his hooks in her:

“I’m obsessed.  It’s not healthy.  I look at his face, or should I say someone’s recollection of his face, frequently.  I study his jaw; it’s pronounced.  His nose is unique.  Big.  Not bulbous, but aquiline.  Maybe it’s what I know of the time and place, but his hair, hanging over his ears to his collar, seems so ’70s that I can almost hear Lynyrd Skynyrd’s ‘What’s Your Name’ playing in the background.”

That obsession grew from her blog to her epic 2013 article about the Golden State Killer for Los Angeles Magazine. In a moving account for Vulture of her decades-long friendship with Michelle, Kera Bolonik wrote that the article led directly to the writing of Gone in the Dark.

Bolonik also wrote that Michelle’s mission—for it was a mission—to finish that book was consuming her till the end. A Los Angeles friend named Sarah Stanard told Bolonik that Michelle wasn’t sleeping. “She fell down a wormhole,” Stanard reportedly said. Because, more than anything, Michelle wanted justice for the victims and their families.

Michelle was married to actor, comedian, and author Patton Oswalt. He shared and understood her passion for true crime, even writing a post for True Crime Diary about a terrifying Auschwitz guard named Irma Grese. In 2016, Oswalt told the New York Times that before Michelle’s death, he’d grown worried about her, and on the last night of her life he’d finally convinced her to “sleep until you wake up.”

Michelle succumbed to an undiagnosed heart condition as she slept, a condition exacerbated by a mix of medications.

Though I can’t be objective about Michelle or her work, I trust my instincts about great writing, and Gone in the Dark is stunning work, all the more so because Michelle was unable to finish it. I had read a small part of an early draft and wondered at how such an honest and beautifully-written memoir could coincide with the grim and terrifying details of a serial killer’s rampage across California, but they are of a piece.

The fact that Michelle wasn’t able to complete the work adds an unexpectedly compelling element.

Working with Oswalt, investigative journalist Billy Jensen and researcher Paul Haynes—“the Kid” in Gone in the Dark—completed the book, carefully framing notes Michelle had made and in one striking section simply transcribing a taped interview she did with investigator Paul Holes.

Over email, I asked Jensen how he and Haynes worked put the final chapters together. He wrote that “replicating [Michelle’s] would have been a futile gesture And having our voices in between hers would just disrupt the flow.”

“So,” Jensen wrote, “it became a puzzle of how to fit all of these great chapters together into a narrative that made sense to the reader.” He described how they structured the first part until the “A-ha moment” that connected all the crimes. “And interspersed within all that was Michelle’s personal journey,” he said, “and what I called, using superhero speak, her origin story, which was the murder that took place in her hometown when she was young.”

“Michelle picking up the pieces of the victim’s Walkman,” Jensen continued, “—that’s Bruce Wayne falling down the well into the bat cave. He doesn’t start being Batman right away, but the germ is there.”

By part three, Jensen and Haynes “focused on following the strings she left us out of the maze.” They could have written “500 pages in there,” according to Jensen, “but wanted to keep it short.”

Regarding identifying the killer, he wrote that “we focused on the two areas that we think are going to lead to identifying him—familial DNA and geographic profiling.”

Jensen concluded that the Golden State Killer “will be identified at some point, I have no doubt.”

As Michelle writes in Gone in the Dark, Paul Haynes had already completed a stunning amount of research into the killer when he began working with her. I emailed him and asked if he had continued with his own investigation. “I have, yes.” Haynes wrote. He also stated that while “it is unlikely I’ll ever again be able to engage with the case as completely as I have in the past, I still regularly explore new avenues and revisit old ones, and I often work with the active investigators on fresh leads and loose ends.”

I asked him if he believed there was more to come. He was unequivocal. “Absolutely. For one, I have no doubt the case will be solved. This is inevitable. And once that happens, a whole new narrative will open up.”

Haynes also wrote that “[in] terms of Michelle’s legacy, Patton, Billy, and I have plans for True Crime Diary, Michelle’s blog, which currently archives over 150 of her pieces. So, keep an eye on that site in the coming months.”

I told Billy Jensen how I often sent Michelle links to intriguing stories and sometimes—still—go to do that before I remember. He said he did the same.

Patton Oswalt is on a book tour for for Gone in the Dark. I asked him what it’s like, especially since he has such a profoundly personal connection to its creation. Oswalt told me that it “is the definition of ‘labor of love.’” 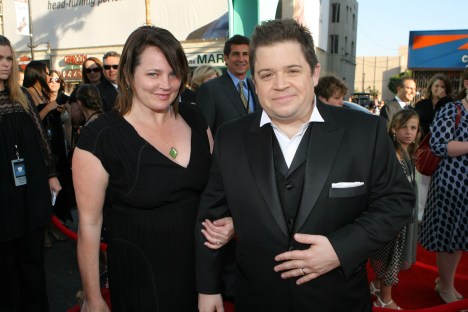 Michelle McNamara was an example to me. I was older and had been blogging about crime a little longer, yet over time she became a kind of role model for what the best of us could do. Long before her death, I checked her site every week and was frustrated when there were no new posts.

But like many of the best writers you’ll ever read, she was sparing with her work. It had to be right, or nothing at all. And in I’ll Be Gone in the Dark, she damn sure got it right.

The news of the DNA connection was fascinating and received a decent amount of news coverage—but despite the striking fact that a new serial rapist and killer had been revealed years after his crimes, the case remained a subject of fascination among only the most committed true crime obsessives. A killer far deadlier than the Zodiac, who had taken at least five lives in Northern California in the late 1960s and early 70s.

If You Can't Do This Balance Exercise, You're Likelier to Suffer Falls in Old Age

Guess What? Golf Is Good For You.
8 Good-Looking Field Watches You Can Actually Wear in the Field
Now’s the Time to Visit the World’s Smallest Tequila Bar
Review: Why You Should Consider the BMW i4 M50 Over the Tesla Model 3