The agency made a "stupid mistake" days before a potentially deadly attack, court documents show.

Close-up of the seal of the Federal Bureau of Investigation of the wall of J. Edgar Hoover FBI Building, Washington DC, January 21, 2017. (Mark Reinstein/Corbis via Getty Images)
By Lee Ferran

The FBI had been onto suspected ISIS-wannabe Everitt Jameson for weeks. Court documents say that following a tip from an informant, the feds had seen the California tow-truck driver “liking” and “loving” terrorism-related content on social media. They arranged for Jameson to unwittingly meet with an undercover agent, where he praised jihadists and deadly terror attacks.

Eventually, he turned the corner and allegedly sketched out his own plan to detonate a bomb and gun down innocent civilians in San Francisco — maybe on Christmas Day for maximum effect. He would not need an escape plan, he purportedly said, because he was ready to die.

Then, on Dec. 18, a week before the proposed attack and at perhaps the most tense part of the sting operation, a fumble.

“[A]n FBI employee, using an identifiable telephone number with a Washington, D.C. area code (202) mistakenly called Jameson’s cellular phone. After Jameson answered in apparent Arabic language, the FBI employee immediately terminated the call. Shortly afterward, Jameson called the 202 telephone number, which resolves to a voice mail identifying the name (but not employing agency) of [the] user of the 202 telephone,” a criminal complaint in the case says.

It wasn’t much, but it was apparently enough to spook the FBI’s quarry.

Shortly after the errant call, the FBI’s undercover agent got back in touch with Jameson twice to discuss preparations for the attack. The first conversation appears to have gone fine, but by the second, suddenly the 26-year-old was evasive, saying he was too busy to meet.

“Moreover, Jameson told the [undercover officer], ‘I also don’t think I can do this after all. I’ve reconsidered.’ The [officer] stated, ‘We only can do Allah’s will,’ and Jameson replied, ‘In Sha Allah [God willing] one day I can. But I can’t,’” the complaint says.

The complaint then skips to the morning of December 20, less than 48 hours later, when federal agents raided Jameson’s residence and later arrested him. In a press release, law enforcement officials up to Attorney General Jeff Sessions praised the operation, but they all skipped over the part about the phone call flub. 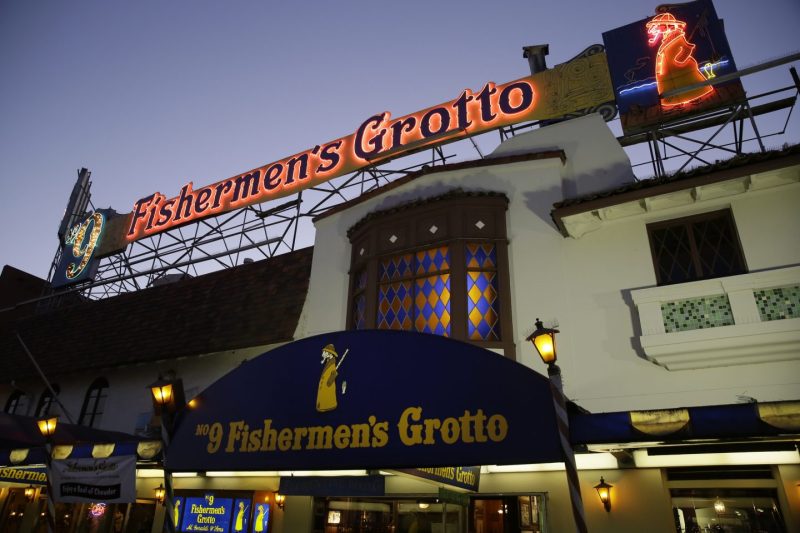 The FBI said Dec. 22, 2017, that it found a martyrdom letter and several guns in the home of a former Marine who may have been planning a Christmas Day attack on a popular San Francisco tourist destination. Everitt Aaron Jameson, 26, a Modesto tow-truck driver, was charged with attempting to provide material support to a foreign terrorist organization. (AP Photo/Eric Risberg, File)

Representatives for the Department of Justice (DOJ) and FBI declined to say what effect the errant call had on the operation, but former FBI Special Agent Brad Garrett told RealClearLife that based on the information available, the call appears to have stopped what had been a “textbook” sting in its tracks. It looks like it forced law enforcement to arrest Jameson in a hurry — on the off chance he could conduct an attack on his own — and go ahead to court with the evidence they had.

The FBI was “lucky,” Garrett said, that the “stupid mistake” happened so late in the case, rather than at the beginning when evidence would’ve been more scant. Two days before the phone call, for instance, the complaint indicates that at the behest of the undercover agent, Jameson penned a martyrdom message that he thought would be publicized after his attack. Discovered later at Jameson’s residence, the note purportedly said Jameson admitted to “committ[ing] these acts upon the Kuffar [disbelievers]” and praised ISIS leader Abu Bakr al-Baghdadi.

As it is, the DOJ charged Jameson with two counts: attempting to provide material support to a terrorist organization and the distribution of information related to destructive devices. Jameson’s public defenders did not respond to a request for comment from Real Clear Life, but he has reportedly pleaded not guilty.

What would’ve happened without the FBI’s misdial? The complaint says Jameson was supposed to meet with the undercover agent at least one more time, where he might have provided more evidence regarding his alleged plot.

Garrett said the FBI would have played along as long as they could to strengthen the government’s case, potentially going as far as allowing Jameson to obtain inoperable firearms or bomb components. It’s a tactic law enforcement has used in the past to enable prosecutors to show a jury the seriousness of a suspect’s alleged intentions.

“They were mostly through this case, it sounds like to me, and the only thing they had left was him believing that he was actually going to go do the attack… They might’ve ended up charging him with more, if they’d have gotten to the last steps,” Garrett said, adding that more charges are always possible.

The mistake could have a limited effect on Jameson’s trial as well, according to two defense attorneys not related to the case, since rather than being arrested with the weapon in hand, one of Jameson’s last acts in the complaint is to attempt to back out of the plot by saying he “reconsidered.” One of the charges hinges on whether Jameson “knowingly attempted to provide material support and resources, that is, personnel (namely himself) and services to a foreign terrorist organization…” according to the indictment filed against Jameson.

“I suppose he could use that last statement to try and show that he wasn’t really going to do anything,” Tumposky said. “[But] certainly if they [prosecutors] can show that his backing down was because he got scared of law enforcement intervention, then it’s going to be harder to convince a jury that his withdrawal was genuine.”

Alexei Schacht, a defense attorney in New York, agreed, adding, “Withdrawal from a conspiracy is a legal defense, but it is hard to prove and rarely successful.”

In the end, Jameson is facing serious prison time for the two charges leveled against him — up to 40 years, according to the DOJ. As his court case continues, Garrett said it could reveal more to the story, about what went wrong and whether the call was singularly responsible for the case going sideways. There are reportedly some 8,000 pages-worth of evidence, some of which is classified.

Jameson is just one of more than 150 individuals who have been charged in the U.S. for ISIS-related crimes, according to a detailed database maintained by George Washington University’s Program on Extremism. As of April, Department of Homeland Security Secretary John Kelly said the U.S. government has an active terrorism-related investigation in all 50 states. Mistakes are bound to happen.

“It’s like anything else,” said Garrett, who spent 21 years in the FBI. “There’s always a human fallibility and law enforcement is no different. We all make mistakes. That [the phone call] was a simple mistake.”

Why You’ll Probably Never Taste the Best Whisky of 2020

How to Bet Week 2's Best Games, According to the Pros

Why Every Man Should Be Watching “PEN15”
Why You’ll Probably Never Taste the Best Whisky of 2020
The Secrets Behind Ewan McGregor’s Custom Electric Harley in “Long Way Up”
How to Bet Week 2's Best Games, According to the Pros
Bill Maher Memorializes RBG, Channels Rodney Dangerfield on Latest “Real Time”
Why It’s So Hard for Women to Speak Up About Condom Use

Weighted Blankets Are on Sale Just in Time for Fall

Save Up to 60% on Winter Gear and Apparel at Backcountry

Keep Your Feet Snug With These Discounted Ugg Slippers

Greats Is Opening "The Vault," Taking Up to 50% Off

Under Armour's Sportmask Is Finally Back in Stock

Your Phone Deserves a Better Charger, Like This Anker Nano

These Essential North Face Fleece Hoodies Are on Sale at REI

A Playboy Bunny-Turned-Psychic Tells Us the Future of Whiskey
The 15 Best Crewneck Sweatshirts for Fall and Beyond
Everlane's Tri-Twist Sweater Is Handsome, Durable and Discounted
Weighted Blankets Are on Sale Just in Time for Fall
The 5.0 Mustang Is Finally Cool Again. Here’s How to Buy One.
Save Up to 60% on Winter Gear and Apparel at Backcountry

Why It’s So Hard for Women to Speak Up About Condom Use
Welcome to Simptember. Or Is It No Simp September? We’ll Explain.
What Men Don’t Know But Should About Cleaning Their Butts
Is "Goodfellas" the Most Rewatchable Movie Ever?