Once a historically successful Black neighborhood, Chicago's Bronzeville could become a cultural beacon once more

An aerial over Bronzeville, past the Prairie Shores apartment buildings
Getty/iStockphoto
By Alex Miller @oneheart1city

Gangs, violence, murder. This was my childhood in The Hole, another name for Bronzeville’s Robert Taylor Homes projects. You didn’t climb out of The Hole; it was as inescapable as the grave. By the late ’90s, nine of the 10 poorest neighborhoods in America, with a population of at least 2,500 people, were in Chicago public housing. Compounding the problem was a total Wild West-style of law and order, absent of either the law, or the order.

But the neighborhood history would remember as Bronzeville wasn’t always so bad.

From the 1920s to the ’50s, Chicago’s South Side, which includes Bronzeville, was the center for business and African American culture in Chicago. Bronzeville itself was surprisingly small, but at its peak, more than 300,000 people lived in the narrow, seven-mile strip.

For a time, Chicago’s Black population lived in the stretch along 22nd to 63rd streets, between State Street and Cottage Grove. The epicenter of entertainment, the true Mecca of arts, belonged to Bronzeville, and was located at the corners of 35th and State Street and 47th Street and South Parkway Boulevard (later renamed Martin Luther King, Jr. Drive).

When I was growing up, those were great places to get shot. Several decades earlier, though, Bronzeville was well known for its nightclubs and dance halls, entertainment, and businesses. The city’s massive impact on jazz and blues, which cannot be understated, developed with the arrival of Southern-born musicians, part of the Great Migration of African Americans en masse from the South to the North, West, and Midwest during the 20th century. In the 1920s, Avalon Theater, now the New Regal Theater, opened its doors. Ultimately it would become well known for hosting such famous jazz icons as Dizzy Gillespie, Louis Armstrong, and Duke Ellington.

Bronzeville was also home to such all-Black businesses and institutions as Provident Hospital, the Wabash YMCA, and the George Cleveland Hall Library. Binga Bank was Chicago’s first Black-owned financial institution. Named after Jesse Binga, the banker who bought up property from whites and sold it to Blacks desperate for a place to live, Binga Bank crashed during The Depression, and its founder died earning $15 a week as a janitor. But these were more than alternatives to racially restricted establishments downtown. They were shining pillars within a strong community.

Key figures and residents associated with the area included: Andrew “Rube” Foster, founder of the Negro National Baseball League (who lived around 39th and Wentworth Avenue); Ida B. Wells, the civil rights activist and co-organizer of the NAACP, who lived at 3624 South King Drive; the first licenced Black aviatrix Bessie Coleman, who lived around 41st Street and King Drive; and acclaimed R&B legend Sam Cooke, who lived at 3527 South Cottage Grove.

In 1920, the Chicago American Giants of the National Negro League won the first pennant of the League’s inaugural championship. At the time, the White Sox and the Cubs were both strictly white teams. But it didn’t matter — the American Giants were so popular, they sometimes drew larger crowds to Bronzeville’s South Side Park (formerly the home of the White Sox, who decamped to Comiskey Park in 1910) than either of those teams.

The Depression had rocked the community to its core, and although federal efforts like the Works Progress Association (WPA) had made it possible for some businesses and artists to continue to operate, too much damage had been done: Black Metropolis was no more. After World War II, white veterans, capitalizing on the benefits made possible by the GI Bill and VA home loans, moved in. Twenty years later, they left for the suburbs, with upper- and middle-class residents (mostly Poles, Jews, and Italians) in the areas surrounding The Robert Taylor Homes choosing to leave. As more and more Blacks filtered in, fewer whites stayed. Like every other place in America, Bronzeville was not immune to White Flight, something that occurs when 25% of a white neighborhood’s population becomes non-white. But that’s nothing new. The more post-war whites moved out of the neighborhood, the more businesses they took with them when they went, and the harsher the once-vital neighborhood became for the incoming African-American community, which was trying to gain its footing after finally gaining a voice during the mid-to-late ‘60s. Police presence dwindled. Public services disappeared. Crime shot up. By the 1970s, Bronzeville was on the perfect track to become the hole in the ground — The Hole — it would become known for.

They blew up the Robert Taylor Homes during the years of 1998-2007. Forty years of suffering, demolished in nine. I say good riddance. Now, new residences tailored to attract the city’s more well-to-do pop up nearly every day in Bronzeville, including this $6 million dollar, 10,000 square-foot facility to contain a gym, two multipurpose club rooms, and family-friend restrooms. They’re not too far from low-rise buildings — the ”changing face of public housing” — that function as a Band-Aid for a systemic issue: minorities are still trying, and failing, to get safe housing, better access to schools, and proper medical care. Despite Chicago’s urgent need for low-income and affordable housing — in 2017, 282,000 Chicagoans applied for housing assistance, including nearly 16,000 homeless residents — plans to change the policy of displacement have yet to reach their goal.

I spoke to two experts on how to think about expanding housing access in new, bigger and better ways. Ann Logue, a financial consultant, advisor, and former professor at UIC, knows well what gentrification has done to the city. Logue says: “Neighborhood change is inevitable, and it will displace some people. Will it displace retirees who are able to sell their house for money than they ever thought possible? That’s probably good. Will it displace families, especially those who cannot afford rising rents? That’s not so good. Will it bring in people who are committed to the neighborhood public school and who bring in revenue to local businesses? That’s probably good. Will it bring in developers who flip properties and short-term residents who want to change everything to their tastes before they leave? That’s probably not so good.”

Logue says that Chicago has a long way to go before its residents, like those in what used to be known as Bronzeville, can find equity — both in the form of housing and also in the form of getting a fair shake in life. “I’ll make a plug for a League of Women Voters project, illinoisvoterguide.org, which helps people anywhere in the state research candidates and issues before elections,” Logue says. “Beyond that, we need real change starting at the top, and who knows if we’ll ever get it. More investment in schools, obviously, although that costs money. Maybe moving zoning decisions out of the wards and to city hall, to increase the amount of low-income housing that gets built.”

Professor Jonathan Foiles, a psychotherapist in private practice in the Hyde Park neighborhood of Chicago, and a lecturer at the University of Chicago School of Social Service Administration, feels that it is possible for areas like Bronzeville to become successful Black meccas again.

“The long answer is to strive for a more equitable system that works for everyone,” he says. “The way we get there involves many developments, not the least of which involve increased taxes on the wealthy, a guaranteed basic income, and a minimum wage at the federal level that is actually livable. We also need to revise the disability benefits paid to those unable to work that guarantees those with physical and mental disabilities will live in poverty.”

He also notes that we need to look to places like Evanston, the first city in America to give its Black residents reparations, as a possible answer to Bronzeville’s predicament. “We need to quit pretending like the police are the answer to everything. Poor and unhoused folks are the most over-policed people in our society, and this does nothing to make us safer and only increases their misery. None of this is possible without large-scale investment, and by this I mean reparations. Evanston has taken a small step in this direction, and I’m excitedly watching their efforts. We have disinvested from communities of color for decades, and the way back from those deliberate policy choices cannot be sprinkling some grants here and there. Chicago is a city whose neighborhoods have largely been shaped by redlining and other forms of housing discrimination, and the way forward needs to confront this fact directly rather than pretend like we owe no debt to the past.”  Foiles’ book, (Mis)Diagnosed: How Bias Distorts Our Perception of Mental Health, was published in September.

That makes me hopeful. Most people only know of one historically successful Black neighborhood, in Harlem. Imagine if people knew about Bronzeville, and lived long enough to see it become Black Metropolis again. I think that would be a huge show of progress in a country that constantly proves it only wants to stay the same. I’m ready for Bronzeville to be an example of how Black lives matter — once more. Are you? 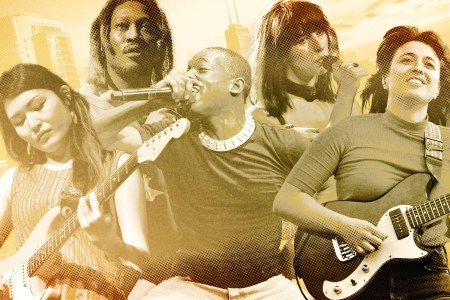 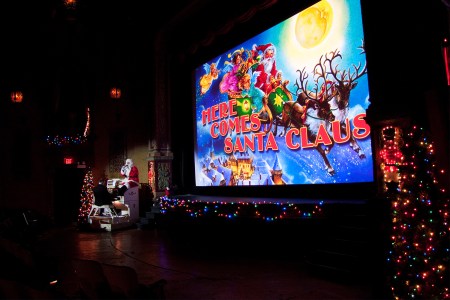