"A Recipe for Disaster" comes to Windy City Playhouse

Chef, restaurateur, author, philanthropist: Rick Bayless has had one smorgasbord of a career. The Top Chef “Master” has long been at ease in front of the camera (his PBS show, Mexico: One Plate at a Time, has been on the air since 2003), but he’s no stranger to the stage. A big theater fan —  the Bayless Family Foundation has dispersed $1.5 million in grants to Chicago theaters — he trod the boards himself in Lookinglass Theatre’s 2012 Cascabel, which he co-wrote.

Bayless is now exercising his playwriting chops again at Windy City Playhouse, where he’s joined Amy Rubenstein and Carl Menninger in penning A Recipe for Disaster. While Bayless doesn’t appear onstage this time, he has crafted a menu of dishes the audience will enjoy as the story unfolds. ”The play takes place on ‘Influencer Night’ at the restaurant Contumacious Pig, where the chef, who refuses to come in, is supposed to be offering tasting portions of the new menu to folks who have a large social media following,” Bayless tells us. What could go wrong?

InsideHook: You were the star attraction in Cascabel, but you’re not appearing in this show. Did you satisfy your acting hankering with the previous show, or does your schedule not allow you to perform this time around?

Rick Bayless: I’ll never satisfy my acting hankering.  I would love to commit to a performance, but my schedule these days, with new restaurants here in Chicago and New York City, the relaunch of our culinary training program on Chicago’s West Side, a few cookbooks on the horizon and many other projects, I decided to stay off the stage this time around.

Oh my gosh — so many. I’ve always said restaurant service is like a performance. When things are flowing correctly, it’s like a well-orchestrated ballet. When things go awry, it’s a calamity. Of course that can be stressful for everyone, but when you zoom out a bit, that hectic environment opens the door for hilarity and absurdity to ensue. That’s what our writers and cast have captured here. But to answer your question specifically, we’ve had many nights where something went wrong — not everything — but everything that happens is based on things that have actually happened in our restaurant.

There was a sort of magic realist touch to Cascabel — is this show more grounded, in a way?

Well, it’s certainly not a seductive spectacle like Cascabel. This is an in-your-face comedy played out as a farce. By “in your face,” I mean the audience finds themselves immersed in the action immediately. And I suppose it’s “grounded” in the sense that the characters, though pretty exaggerated, are more relatable than the tight-rope-walkers and chandelier-swingers in Cascabel.

Thinking about the food element, can you say something about the role it plays and perhaps mention how a certain dish illuminates a specific character or moment?

The food is integral to the story. The play takes place on “Influencer Night” at the restaurant Contumacious Pig, where the chef, who refuses to come in, is supposed to be offering tasting portions of the new menu to folks who have a large social media following. The menu sounds great on paper, but the sous chef and line cook have trouble pulling off what’s written.  To say more about specific dishes would give too much away.

Can you say something about the similarities between writing and being a chef, between being in the kitchen and being in a rehearsal hall?

One of the common misconceptions people have about chefs is that it’s all about working with food. Well, yes, your focus has to be on the kitchen, but it also becomes about the broader operation, things like training, staffing, timing, guest perception — essentially everything that happens within the restaurant. In the writing room and in rehearsals, you have to keep a certain drumbeat in a similar way. Is the pacing right here? Did we tie up this character’s arc neatly? Did the audience have time to process what’s going on before we’ve moved on. We ask those same questions about a tasting menu in Topolobampo, for instance, where we’re always telling a story with our food.

How often did you get to the theater before Covid and what are some of the shows that you really enjoyed in recent seasons?  What are you looking forward to seeing going ahead, in Chicago or elsewhere?

My wife Deann and I are avid theater fans. In the pre-Covid era, we were pretty steadfast in our theatergoing schedule, generally catching a performance every Sunday, maybe two. Recently, I had the opportunity to travel to New York City and take in a glorious performance of Hadestown on Broadway. I’m still mesmerized by André de Shields’ turn as Hermes. Utterly unforgettable. In Chicago, I’ll never forget the immersive Learning Curve at Albany Park Theater Project or Downstate at Steppenwolf.  Porchlight, now that it has a permanent home with a large stage, is doing a masterful job with pieces like A Chorus Line. When you see a group like Lookingglass bring their unique storytelling to a piece like Moby Dick, it can be life-changing. I could go on and on, but suffice it to say, Chicago is a great theater — and restaurant — town. 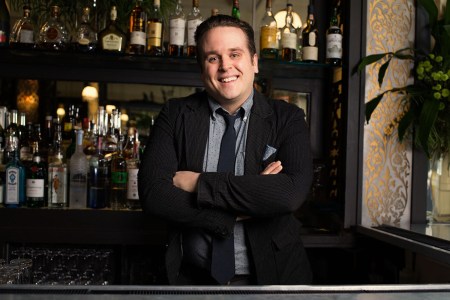 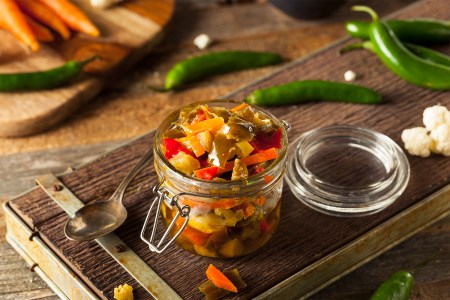