Whisky Auctioneer’s latest sale highlights a century of American whiskey, from a 1908 bottling of Old Overholt to plenty of Pappy unicorns

The best way to learn about the history of American whiskey? Drink your way through it.

And that’s now possible thanks to “A Century of American Whiskey: Pre-Prohibition to Modern Day,” an extensive, 100+ year overview of rare and important domestic whiskeys, running August 13-23 at Whisky Auctioneer.

More than 500 expressions are available during the event, and the bottles were all curated from private collectors, unlike Whisky Auctioneer’s 2020 American whiskey sale, “Heart & Soul,” which featured 9,000+ bottles but was more geared toward turn-of-the-century finds.

So this is a chance to try ancient bottles (1908) of Old Overholt rye, more than a few Van Winkle releases, some true unknowns (a 1917 bottling of “Old Vandegrift,” more on that below) and even some mainstream releases like Wild Turkey, Four Roses and Old Grand-Dad, which offer a glimpse of how their hooch tasted decades prior.

The most interesting spirits here might be the bottles produced during Prohibition. This was not some sort of bathtub gin operation — as the extensive catalog notes provided by Whisky Auctioneer suggest, only six companies were allowed to continue to operate and sell and distill “medicinal spirits” (prior to 1920, there had been 434). As bourbon historian Michael Veach writes: “By the end of Prohibition, distilleries were selling medicinal spirits that were 17, 18 or even 20 years old. The consumer found these spirits to be overaged and very tannic and considered ‘the good stuff’ to be Scotch and Canadian whiskies that flooded the market after repeal. The result is that medicinal spirits ended up being put away in attics and basements as the drinkers purchased spirits more to their liking at the time. It is for this reason that some bottles still exist and can be occasionally found on the secondary market today.”

We were actually able to actually taste five of the auction’s more interesting expressions (all circa 1917 through 1990) before the auction, with some guidance from Joe Wilson, Head of Auction Content at Whisky Auctioneer, and Peggy Noe Stevens, founder of the Bourbon Women Association and the world’s first female master bourbon taster. Some of those bottles are noted below, along with a bottle that we sadly couldn’t try out but certainly deserved special recognition.

Old Vandergrift: Dating from 1917, this bottled-in-bond whiskey features a rich burst of oak and wood, with notes of coffee, quite a bit of butterscotch, caramel, roasted nuts and tobacco. “There are no real fruit notes — it’s earthy and savory,” as Stevens notes.

Old Grand-Dad: An 86-proof release (year unknown, maybe the ‘70s), this one featured a lot more cherry and raisin notes, along with a long dry finish. As Whisky Auctioneer notes, “Distilling dynasties such as the Beam, Dant, Hayden, Taylor, Medley and Wathen families all [had] a hand in its production over the years.”

Rebel Yell: Rebel Yell brand was created for Stitzel-Weller distillery in the late ‘40s, but never got much traction outside the South (the Confederate imagery didn’t help). We tried an expression from 1990, two years before the original distillery closed. This release had possibly the most distinct flavor of all the old expressions we tried, reminding me of milk chocolate.

Wild Turkey: What did WT 101 taste like back in 1984, when bourbon was not a hot commodity at all? Surprisingly, not much different. In our small, nerdy tasting group, this was surprisingly a big winner — aged eight years, it featured notes of baking spices, oak, stone fruits and juicy orange. The consistency of the brand continues to astound.

Twisted Spoke: We did not get to try this, unfortunately, but we’d be remiss if we didn’t mention something connected to the Van Winkle family (there are plenty of Van Winkle bottles up for grabs). As Wilson explains, this is an incredibly rare private release from 1999, bottled by Julian III, who surprisingly bottled a number of other independent labels like this. Notes Wilson: “This Stitzel-Weller bourbon was exclusively produced for the knowledgeable and discerning clientele at the legendary Twisted Spoke bar in Chicago, to whom even at this early stage the Old Commonwealth name and familiar bottle shape carried all the weight required to guarantee exceptional quality. This is now a holy grail for those later to the party.” 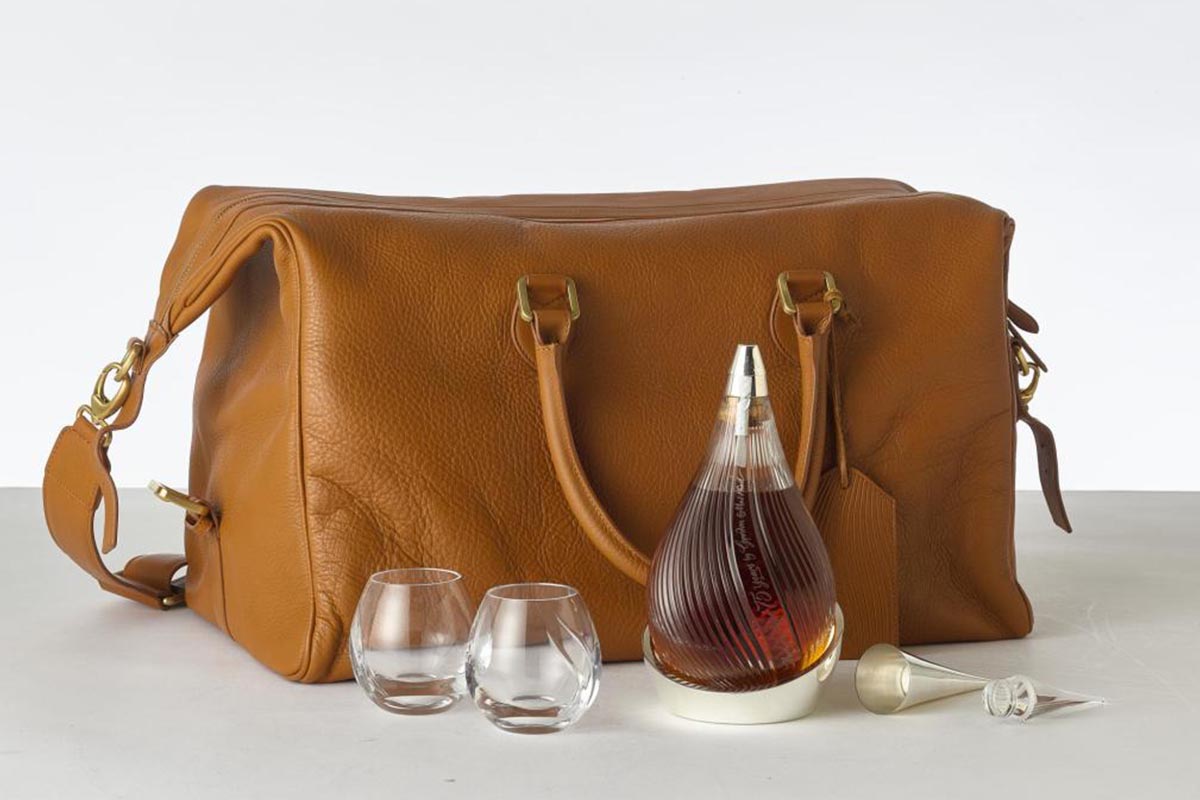 The Story Behind the Oldest Whisky Ever Bottled, Now Up for Auction
Who Needs Bitcoin When There’s an Investment Fund for Whisky? 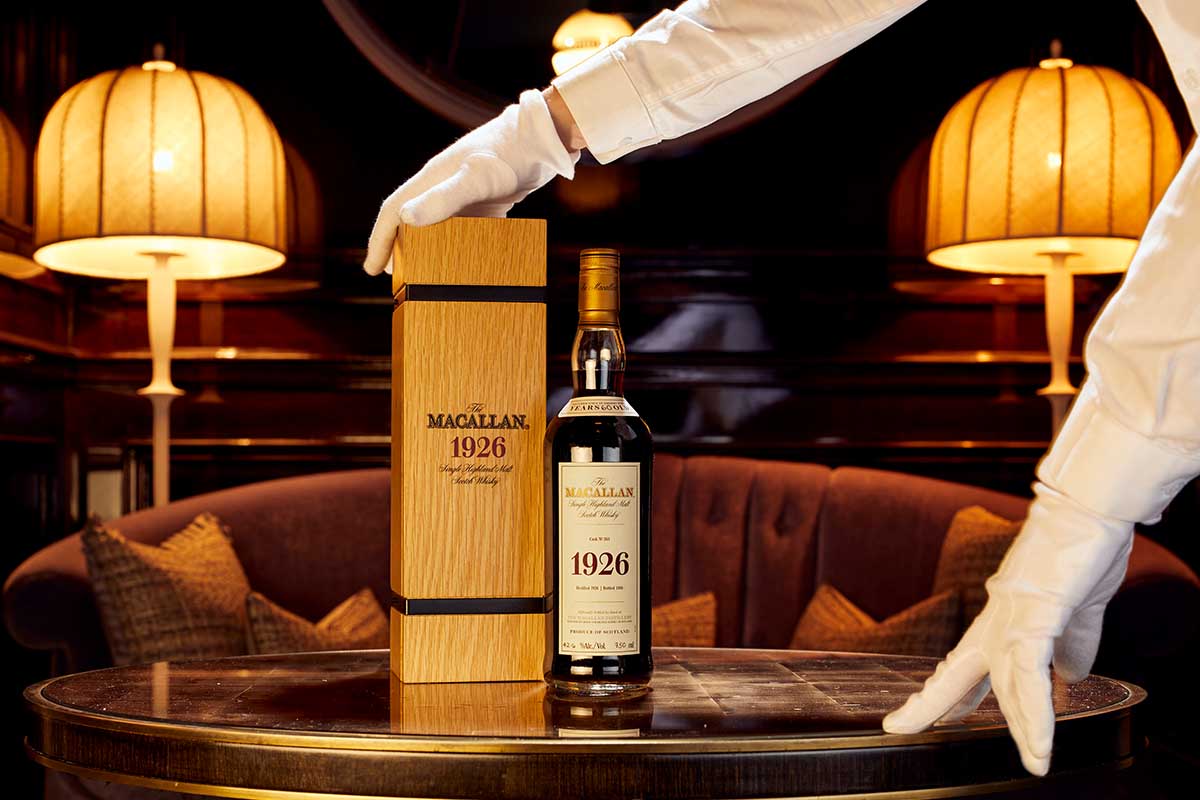