These are the beers professional brewers will be cracking open on Thanksgiving.
Mike Falco
By Bonnie Stiernberg @aahrealbonsters

When it comes to Thanksgiving, drinks can sometimes be an afterthought. As we prep for the big meal, we naturally tend to focus on the big things: trying not to dry out the turkey, coordinating who’s bringing which side dishes and arguing over whether cranberry sauce is better canned or homemade. (Give me that cylindrical jellied stuff any day of the week!) Stereotypically “fancier” beverages like cocktails or wine may get a little more consideration, but too often the beer is picked up at the last minute with barely a thought as to which ones pair best with each component of the massive feast.

You’ve clicked and read this far, however, which means you too care about beer enough to know that the right selections can not only make it easier to deal with your family, they can also elevate the meal itself. Gatherings and celebrations may look different this year thanks to COVID-19, but that doesn’t mean you should sell yourself short and forego some really excellent beer. With that in mind, we reached out to a handful of professional brewers to find out what their go-to Thanksgiving beers are. Some went above and beyond and provided course-by-course pairings, and several wound up choosing the same beer. (No spoilers, though … you’ll have to scroll down to find out what the consensus favorite is.)

At Thanksgiving, I want something that’s going to stand up to all that rich food but not overwhelm it. For me, that’s Westmalle Dubbel. It’s a festive reddish-brown color, slightly spicy from their classic Trappist yeast, amazingly complex, with lots of dark fruit flavors but surprisingly not too heavy on the finish. Even wine snobs tend to like it since it has so much character but doesn’t taste like “beer.”

There’s really no way to go wrong with Russian River brews, and Damnation, done in the style of Belgian Golden Strong ales, has long been one of my favorites. It is remarkably versatile with all kinds of food, is a great option as a core beer throughout Thanksgiving, and has a depth of flavor that makes it taste like a celebration beer. Great with food and makes you feel that the moment is something special — a really peerless Thanksgiving beer.

One beer that is always a staple for me for turkey dinner is a Belgian Tripel — in particular, Tripel Karmeliet from the Bosteels Brewery in Belgium. It checks all the right boxes for a great Tripel: golden color, rich, lacy foam and effervescence are met with a honey-like sweetness on the palate. There are fruity and even bubblegum-like aromas, and the clean, slightly sweet finish make it a great complement to milder-flavored dishes like Thanksgiving dinner.

To pair with appetizers: Gaffel Kölsch

As the food preparation and consumption ensues, I like to start with a lighter, crisp refreshing beer — a Pilsner, Kölsch or Cream Ale, something to help whet the appetite and pair with the appetizers that are usually not too spicy or overbearing. If you can get your hands on a locally brewed version, hurray, or try Gaffel Kölsch, you’ll be quite pleased.

To pair with the main course: Anchor Porter

For the main course, a slightly more robust beer is required — for some this is a lovely drinkable Pale Ale, for others something really hoppy or sour; all great choices, of course, but I like to think of our forebears and what they might have chosen, and for me that’s a Porter. It’s sublimely appropriate for Thanksgiving: full of rich, malty characters, without much roastiness (if at all), but with enough body and chutzpah to stand up to the main course as well as all the sides, even creamed onions … and it’s usually not too strong, so you’re not the first to nod off at the table. Support your locals if you can; it’s a popular beer style, but if you’re looking for a stalwart, consider Anchor Porter, or one of the real originals, Fuller’s London Porter.

And now for the pies, and dessert, and dessert beers. I’ll make this one easy: Imperial Stout. There are often many variations found locally; get those if you can. But for other specifics, consider Guinness Barrel Aged Imperial Stout, or for a solid stateside example, you can’t go wrong with Bell’s Expedition Stout. Indeed, there are many variations on this, but choose what works for you, and broaden your horizons with different examples. You never know what you might find that will surprise you. Happy Thanksgiving to all!

The holidays are the perfect time to imbibe in festive brews. My go-to pick for Thanksgiving is Sierra Nevada’s Celebration IPA. The citrus and pine aromas taste great when paired with a Thanksgiving feast.

To pair with appetizers: Basic City Our Daily Pils

Great local and refreshing pilsner. Low ABV so you can hang in till dinner time. Spicy Saaz hops come through, giving a nice refreshing and zesty flavor.

To be paired with main course: Sierra Nevada Celebration IPA

A classic. A big beastly stout aged in bourbon barrels. Rich, warming and sweet. Plenty of bourbon flavor for that after-dinner drink. Pairs well with almost any dessert.

If I had to pick one beer to enjoy at Thanksgiving, it would be Sierra Nevada’s Celebration. Immediately the wonderful amber hue and robust foam hit your senses, but it’s not until you smell the wonderful fresh hop aroma of this classic does it all come full circle. Celebration is a prodigious beer for the entire holiday season.

Dark, rich and sweet with notes of plums, raisins and caramel, this big boy is nearly a course itself but would complement savory meats, stuffing and definitely cranberries.  It is also delicious as a slow-sipping digestif.

For Thanksgiving, I always go with a saison for the main course. My favorite, and it normally releases this time of year, is Saison Dupont’s Avec les Bons Voeux. This is the a bigger version of their classic saison that is lightly dry-hopped for added aroma. It’s dry, peppery, earthy, fruity, citrusy but in a layered and nuanced way, making it a beer that goes well with everything. 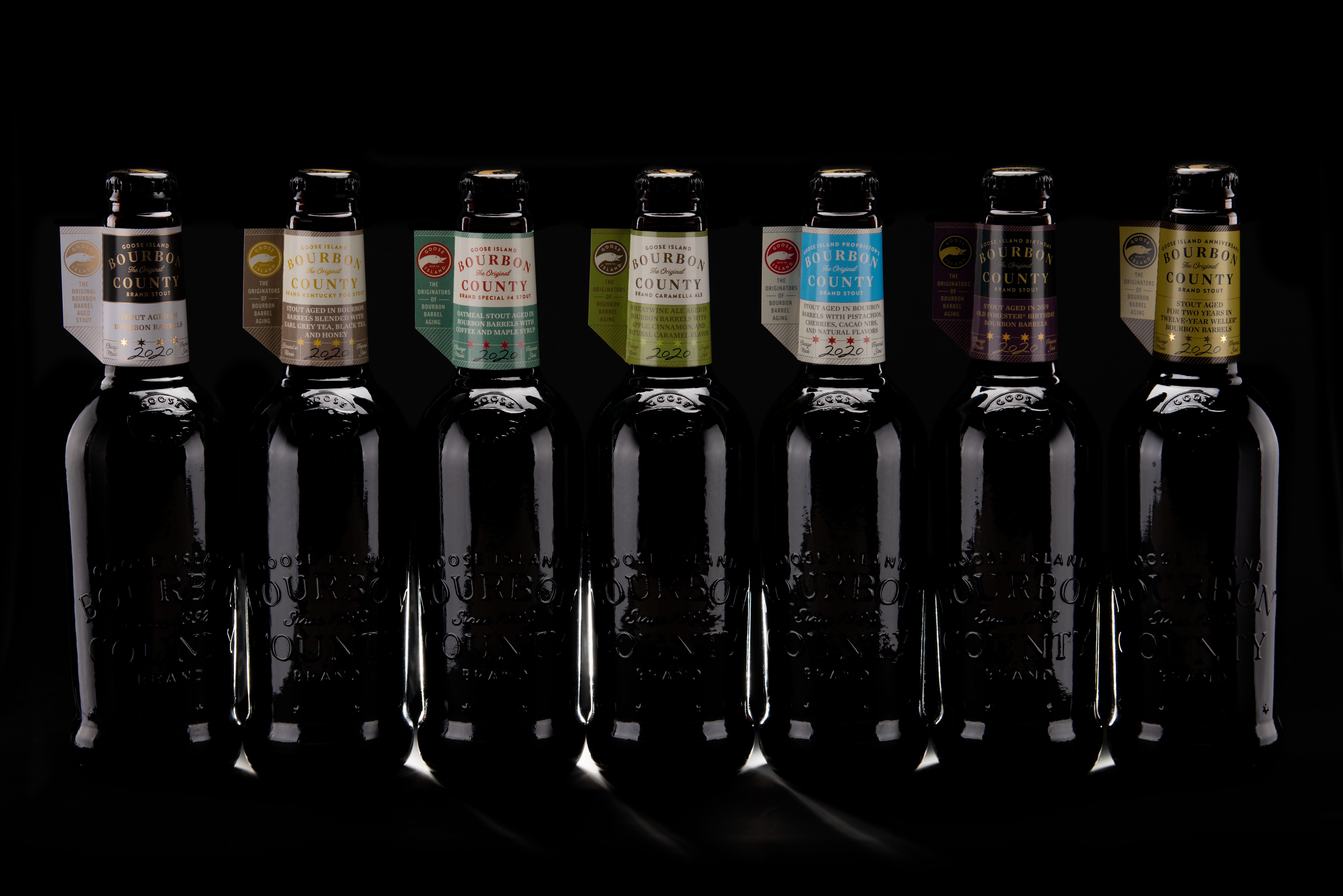 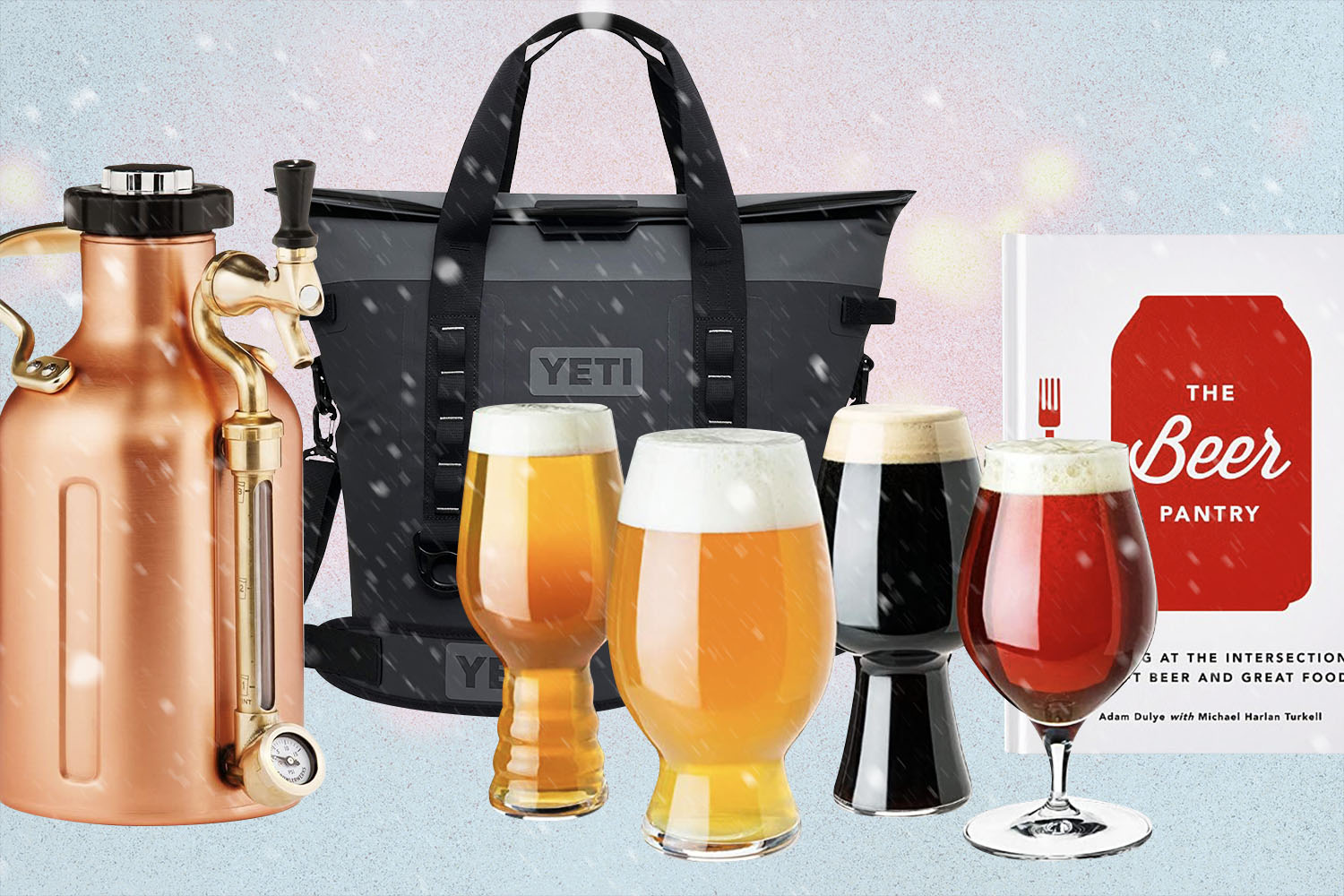 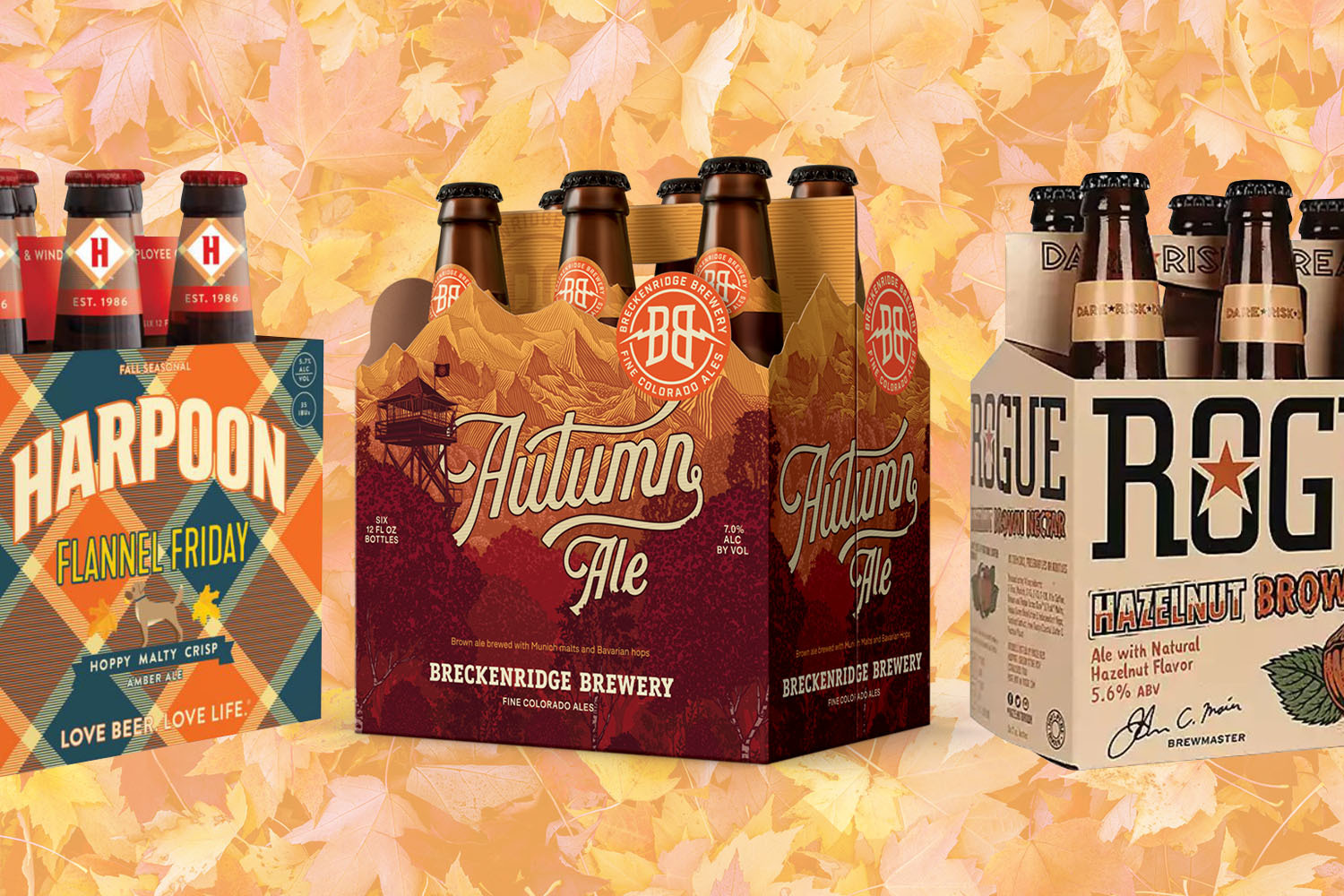