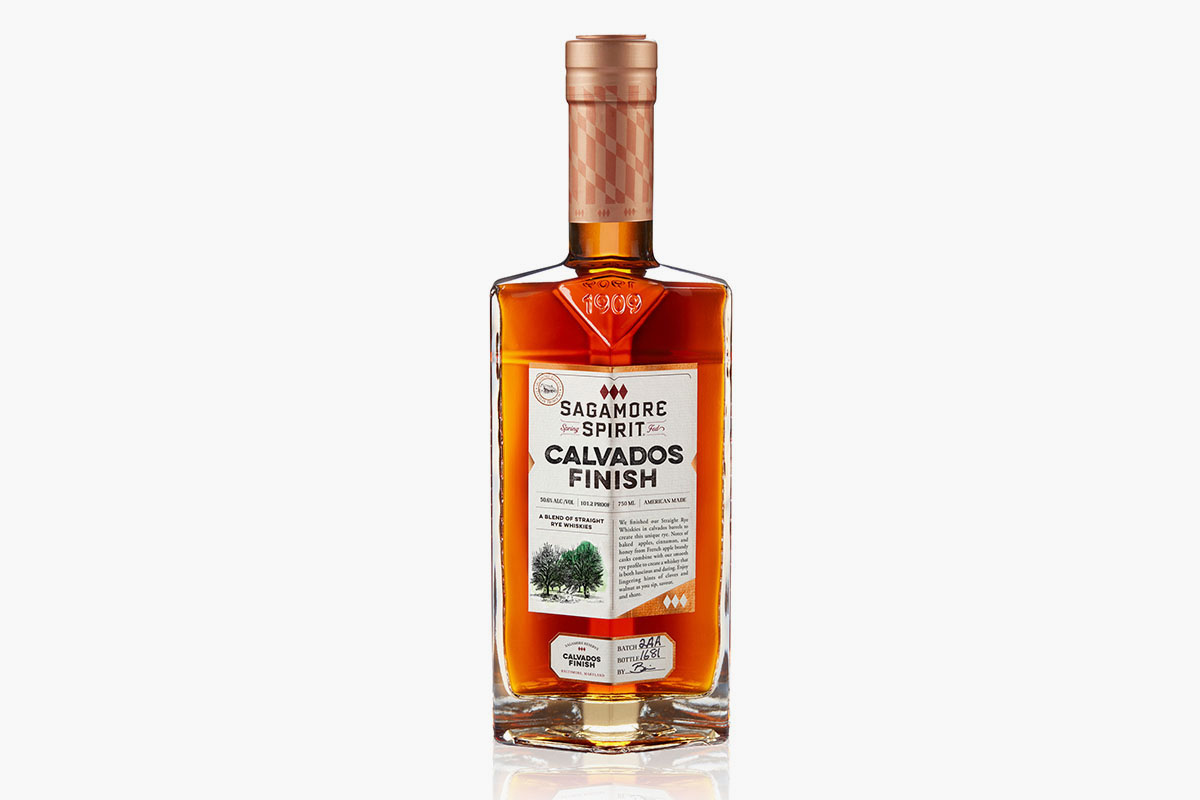 The latest in an award-winning line of limited-edition Sagamore Spirit releases
Sagamore Spirit
By Kirk Miller / April 7, 2020 6:51 am

Where it’s from: Sagamore Spirit, based along the Patapsco River in Baltimore. We took in this beautiful, state-of-the-art waterfront distillery last summer and enjoyed some nice harbor views and Maryland-style rye whiskey, which is a bit smoother on the palate than the spicy rye you’re used to.

To that end, the Calvados release — a 2020 Double Gold winner at the SFWSC — is a blend of straight ryes finished in Calvados barrels (aka French apple brandy casks) for more than 11 months. That’s then aged for another nine months in low-rye American oak barrels.

Calvados hails from Normandy, a region in France that’s unusually cool and damp, making it a better area for producing rich fruit brandies rather than wine. In a press release, Sagamore Spirit calls Calvados “delightfully rustic” when compared to other French spirits and liqueurs.

Like all Sagamore Spirit products, the rye here hails from two distinct and proprietary mash bills (a high rye and a low rye/high corn) and proofed with Sagamore Farm spring water.

How it tastes: There’s a lot of apple on the nose, plus a little bit of anise/licorice. I’d almost pick this as an apple brandy straight up if I didn’t know better. But that disappears when it hits the mouth and the spiciness of the rye kicks in, along with cinnamon gum and licorice. The official tasting notes suggest hints of cloves and walnut. Maybe — there is a slight nuttiness lingering at the end. Do note that at 101.2 proof, you’ll want to temper this with a little bit of water or ice.

Honestly, outside of the first whiff, the influence of the apple brandy is very mild, but that’s OK! This is good stuff, and I think it’d work well as the base of a whiskey cocktail that utilizes apple or apple juice — being a rye, it will cut out the inherent sweetness that a bourbon would produce while amping up the fruitiness.

Overall, while this release came out earlier this winter, it feels like a spirit built for fall.

Fun fact: Not “fun,” but Sagamore Spirit has currently converted its distilling operations to corn ethanol to produce hand sanitizer for front-line workers.

Where you can get it:  The Calvados Finish retails for $69.  For local stores carrying it, try Sagamore Spirit’s “Find Rye” mapping tool. You can also buy it online via Caskers here.

Update 4/7/20: Amended the brand name from Sagamore to the full, correct title of Sagamore Spirit.