Achieving a perfect autumnal balance between sweet, spicy and bold

Nothing unusual there. Maple is a somewhat common tasting note in American whiskeys, even if there’s nothing maple-related in the final product. We’ve also seen plenty of maple syrup that’s rested in ex-whiskey barrels, adding a nice touch of wood, smoke and spice. And we’ve had our fair share of cocktails that incorporate whiskey with maple syrup, primarily in an autumnal Old Fashioned.

But some distilleries take these complementary flavors and create an interesting hybrid: Maple whiskey. Now, that could mean whiskey that’s been finished for a bit in former maple syrup barrels (which might have also previously held whiskey). Or it could be an actual addition of maple syrup to the batch to create a flavored whiskey. And in a few cases, it’s more subtle, such as resting a whiskey in maple wood.

So not all maple whiskey is the same — and some of it is admittedly quite sweet and not for the serious bourbon/rye drinker. But when the combination works well, it creates an interesting spirit that balances sweet, spice and alcohol bite.

The process of balance can be achieved in a few ways. To start: The whiskey itself. “Maple flavor goes well with rye whiskey because the spice and sweet complement each other and give you a more complex and rounded spirit,” says Brendan O’Rourke, Chief Distiller at New York’s Hudson Whiskey. “When adding sweet to an already sweet whiskey, like bourbon, it pushes the spirit to be very one-directional.”

Hudson has offered a maple syrup-finished whiskey since 2013, known as Hudson Whiskey Short Stack. It’s a rye whiskey aged in oak barrels after maple syrup has been aged and seasoned in them. “The maple from the barrel overrides the caramel sweetness and since it’s a cask finish, you’re not going to get overwhelmed by any cloying maple notes,” adds O’Rourke. “On the nose you’ll find the dark chocolate, pumpernickel and autumnal spices blend perfectly with the maple aromatics. And the maple sweetness integrates beautifully with the rye spice of ginger, cinnamon and clove.” 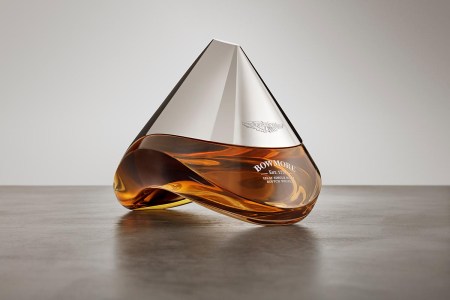 And as several distillers we talked to suggested, it’s not just about balancing flavor. “I personally feel that the [maple] sweetness adds another layer to whiskey that gives it a smoother mouthfeel than any other additives,” says Ryan Scheswohl, the Head Distiller at Vermont’s Village Garage, which puts out an excellent Village Bonfire release that utilizes smoked maple syrup.

The maple is obviously just as important. “Even from the same land and sugarer, not all maple syrup is the same,” says Christian Stromberg, the founder and head distiller of Saxtons River, a Vermont-based small-batch distillery, which counts Sapling maple liqueur, bourbon and rye among its core releases. “We look for table-grade syrup with a strong maple aroma and taste.  After the bourbon or rye has aged two or more years, we blend the maple syrup in with the whiskey in a blending tank. Then we refill those barrels and more with Sapling Vermont Maple Bourbon or Sapling Vermont Maple Rye. The spirits are aged for a year or more to achieve a unified richly smooth flavor.”

While Vermont’s WhistlePig doesn’t make a maple whiskey, the farm/distillery did just release a Sparkle Maple Old Fashioned Kit that features their 100% PiggyBack Rye Whiskey and a Barrel-Aged Sparkle Maple Syrup, which is a syrup barrel aged in WhistlePig Whiskey barrels for around six months.

“Maple syrup and whiskey create the perfect combination of sweet and bold spice,” says a statement from the brand (a combo of Whiskey Blender Meghan Ireland, VP of Marketing and Innovation Eliza McClure and Senior Brand Manager Lindsay Steidl provided us with answers to our questions). “And we don’t make our own maple whiskey because by doing it this way [in a kit], it presents people with more cocktail variations without the limitations of having to use a maple whiskey.”

And putting maple syrup in a cocktail helps you control the maple sweetness of the final product. As the WhistlePig team notes, “When you add ice and stir, the drink properly dilutes to ensure the sweetness from the maple flavoring doesn’t become overwhelming. The natural maple flavor simply enhances the bold profiles of the rye or bourbon. Plus, it’s basically just a better-tasting, better-for-you version of simple syrup.”

Below, a few maple whiskeys, a maple whiskey cocktail kit and even a ready-to-drink cocktail that all successfully incorporate maple into whiskey.

This Vermont-based distillery, led by a former automotive, aircraft, and fiber optics engineer, utilizes local ingredients and a proprietary vacuum-based distillation process (we’ve seen more of that recently). What you end up with is a line of Sapling maple bourbons and ryes, as well as a honey bourbon. They’re easy drinkers and admittedly maple-forward, but the Sapling Double Barrel Bourbon utilizes a higher proof and a second maturation in American oak, which balances out the sweetness. “We use natural maple syrup, not flavoring, so the aroma and taste are not overpowering,” says Stromberg. “And so much of maple syrup is mouth feel.  So this mouthfeel and natural sweetness soften the rougher edges of whiskey and accentuate the woodiness of the oak with the sweetness of maple.”

A distillery located in a former highway department garage in Bennington, VT. Its limited-release, Village Bonfire, utilizes smoked maple syrup (from Sugar Bob’s) added directly to the batch, mixed for a few days to blend and then bottled.

Besides the requisite maple, this sweet 90-proof release (per Caskers, this is apparently a nod to Knob Creek creator Booker Noe, who liked pairing his bourbon with maple syrup and smoked meats) is, obviously, a bourbon infused with real maple syrup. Sweet, with notes of smoked hickory and vanilla.

Basically only available at the distillery and in a few Tennessee ships, the Jack Daniel’s Distillery Series Toasted Maple Barrel Rye is a Straight Tennessee Rye Whiskey originally barreled in March 2017 and then finished in high-toast, no-char maple barrels in September 2021 and bottled at 101 proof. The maple influence is there, but so is a lot of butterscotch, vanilla, marshmallow and raisin.

The best fall whiskey cocktails involve maple…and sparkles? This interesting kit pairs Barrel-Aged Maple Syrup Sparkle Edition with a bottle of WhistlePig’s Piggyback 100% Rye (which comes with a Pig Head Pour Spout). Note: The sparkles are edible and are simply for show.

Maple isn’t dominant here, but it’s part of an autumnal collage of flavor. Created by Clover Club’s Julie Reiner and Tom Macy, Social Hour’s limited-edition release is also possibly their best — it won the Chairman’s Trophy for best ready-to-drink whiskey cocktail at a recent Ultimate Spirits Challenge Competition, scoring a 95. It helps that the base here is a 13-year-old George Dickel Tennessee Whisky, followed by a combination of Honeycrisp apple, Meyer lemon, cinnamon, cardamom and, naturally, maple.

This upstate New York distillery offers several other uniquely matured ryes, including this one, which features a 95% rye, 5% malted barley mashbill and all local grains. As Brendan O’Rourke, their Master Distiller, told us last year: “We tried the rye with the maple syrup as a first fill, and that did not turn out good at all. But we tried it just with finishing instead, and it was phenomenal. Now Short Stack is part of our core line.”

A blend of 3-, 5- and 7-year-old rye whiskies and a Canadian maple “tapped at the first hint of spring in Quebec.” Maple, dark fruit and a bit (not much) of rye spiciness here.

No finishing here — this is a Kentucky bourbon with maple syrup from a company that purposely specializes in flavored whiskey (and they do seem to win a lot of awards in this category). This Bowling Green distillery leans into the sweetness here, suggesting the Maple expression could work well directly on pancakes…or, interestingly, in an unusual take on a Negroni.

Speaking of cocktails, a few good recipes to use with maple whiskey and maple syrup: 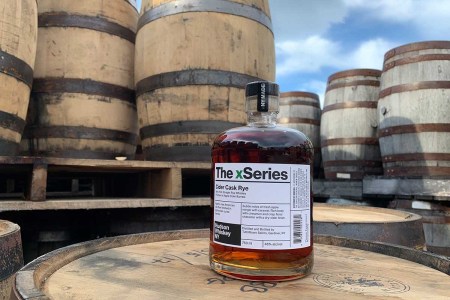 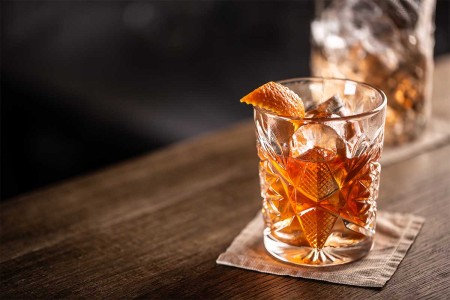 How to Make the Perfect Old Fashioned