Our favorite bottles that didn't neatly fit into any whiskey category

Some of our favorite non-bourbon, non-rye American whiskeys of 2022
Photo illustration
By Kirk Miller

We’ve already discussed our favorite bourbons and ryes of 2022. Now, we get to the fun stuff: Everything else in the American whiskey world.

Wheated whiskey, single malts, peated malts, bottled whiskey cocktails, whiskey with unusual barrel finishes — these are the areas where distillers (and blenders) can loosen the industry shackles and show some creativity.

If you’re looking for overarching themes, I noticed the influence and ideas of the craft beer world seeping deeper into the craft whiskey world, a newfound appreciation for smokiness and the creativity and flavor that some distillers are achieving with younger whiskeys. That last fact is important — it means we should increasingly find excellent bottles from newer distilleries in the future, as age will simply become a number, not an obstacle.

A cask-strength edition of this Virginia distillery’s Courage & Conviction expression (which we profiled here). This exceptional American Single Malt limited release is both sweet and bold, with notes of dried fruits and marmalade…and a spicy finish that coats the mouth.

This San Jose, CA distillery — where the founders designed all of their own equipment — released a peated malt whiskey that starts out in first-fill, charred American oak bourbon casks; then, some lots are finished in French oak Pinot Noir casks. The end result kind of reminds me of an American take on the excellent Benriach Smoky Ten and Twelve expressions — it’s peaty, juicy and fruity, with hints of cherry and even artisanal bacon.

This Colorado whiskey features a 100% heirloom malted barley mash bill with a combination of specialty malts from the Cody Family Farm, including crystal malt, chocolate malt and biscuit malt. And it does, in fact, taste quite like a chocolate malted biscuit, with hints of apple and tobacco.

The famed Delaware craft brewery notes that their core whiskey release, Straight Whiskey, is “delicately aged.” It’s certainly pleasant and doesn’t make too many waves. However, expand to their limited releases, like their award-winning Let’s Get Lost American single malt or the new Alternate Takes Volume 3 (a whiskey finished in apple brandy and apple cider barrels) and the flavors go from delicate to outright crowd-pleasing. The latter release brings in cinnamon, apple and honey notes in a perfectly balanced tipple that approaches a cocktail in complexity and flavor.

This Bushwick brewery utilizes vacuum distillation to make unique beer-based spirits. Their first release, crafted and aged in just a matter of weeks, is a whiskey built from an IPA as the base. You’ll get bright and citrusy hop aromas, but also notes of malt, fruit, baking spices and a very mild oak finish.

The first bottled-in-bond release from this Waco, TX, distillery, is this five-year whiskey made from roasted blue corn and matured in used tequila casks from Mexico. You’ll certainly get that roasted corn note, plus caramel, agave, citrus and a soft minerality. If you’re struggling with a summer whiskey drink, try this (as the brand suggests) in a salt-rimmed cocktail or neat with soda water and agave syrup.

This limited release from the Illinois distillery — which has already crafted cool collabs with the Flaming Lips and Alice in Chains — celebrates the 21st anniversary of the debut album from indie rock icons Black Rebel Motorcycle Club. Featuring label art inspired by the band’s logo, this is a blend of FEW Bourbon finished in rum barrels, FEW Bourbon finished in vermouth barrels and a mesquite-smoked wheat whiskey. It does a fine job imparting all of those flavors — it’s a bit grassy, but also kind of like a funky, slightly smoky Boulevardier.

Little Book Chapter 6: “To The Finish”

The sixth installment of this annual limited-release series is overseen by Freddie Noe, Eighth Generation Master Distiller of the Fred B. Noe Distillery. This one was inspired by Noe’s interest in smoking and grilling meats, particularly how smoking different hardwoods can create unique flavors and aromas in food. Ergo, Chapter 6 features five different liquid streams (four malt whiskeys and a bourbon) using different wood staves and barrel techniques to achieve a wonderful balance of malt, barrel spice and traditional bourbon notes.

A single malt made from a single variety of barley grown on a single Washington farm. What’s nice here is that while you probably won’t find Copperworks outside of Washington state, you can get this collaboration in 40 states, thanks to Lost Lantern’s unique reach. Given the craft beer background of the distillery’s founders, it’s no surprise that this actually hints at an IPA (though no hops were used). It’s a bit more herbal and almost piney, though the malt is prevalent.

A combination of Old Elk Straight Wheat Whiskey (aged 6-8 years) and Old Elk Wheated Bourbon (aged 6 years), this 107.1 proof release features a blend breakdown of 71.5% wheat, 25% corn and 3.5% barley. Candied fruit and butterscotch on the nose, this one delivers pepper, burnt caramel and some bready and jammy notes on the palate, complete with a rich mouthfeel and some lingering fruit.

Santa Fe Spirits is an award-winning independent distillery located 7,000 feet above sea level at the foot of the Sangre de Cristo mountain range in New Mexico. They craft some Scotch-like whiskeys with a Southwestern twist, including this 118-proof monster. The smoke is prevalent on the nose here, and there’s a lot of dark fruit that comes out on a first sip, followed by milk chocolate, baking spices and a hint of citrus. 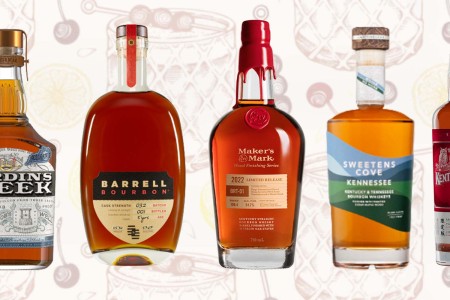 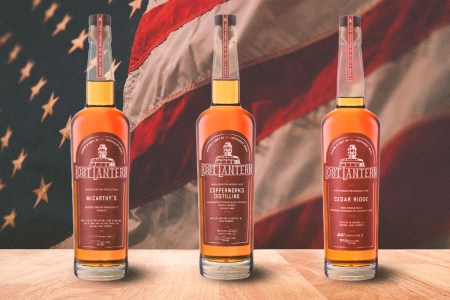