It’s not like breweries haven’t created their own spirits before. And several notable distilleries often employ former craft beer experts or craft brewing techniques for their whiskey.

But Arcane takes the intersection of beer and whiskey in a unique new direction. Launched as basically a one-man operation in 2017, the revitalized brand — now under the leadership of CEO Brian Thompson (formerly of California’s Telegraph Brewing Company) and distiller Phil Morgan (ex-King’s County Distilling) — is now a craft brewery based in Bushwick producing beer that’ll be transformed into a vacuum-distilled whiskey.

It’s a complex process, but as simply put by Thompson: “We are literally taking beer and turning it into whiskey.”

Essentially, they’re creating a brown spirit that holds on to the flavors and aromas of craft brews and doing so in a matter of days, not years. One side benefit is sustainability: The Arcane team estimates they utilize 15% less grain, 30% less water and a third of the heating/cooling energy of traditional whiskey producers.

And it’s really good! Both of Arcane’s initial releases, Superheroes Among Us (a collaboration with nearby King Country Brewers Collective) and Alpha utilize an IPA as the base for the whiskey. They’re flavorful — you’ll get bright and citrusy hop aromas, but also notes of malt, fruit, baking spices and a very mild oak finish.

It took a lot of outside-the-box thinking and some customized machinery and stills to get Arcane’s beer-whiskey vision into your glass. “The form factor of what we’re doing here, nobody is doing anything close to what we’re doing,” says Morgan. “What I like about this how untraditional it all is.”

“We know some other distillers do take a craft brewing approach to whiskey making,” says Thompson. “The big difference here is when you traditionally distill beer, you’re boiling off all of the aromatic compounds we want to hold on to. So we actually distill at 86 degrees, which is probably cooler than this room we’re in now. It’s a very different approach.”

Besides essentially crafting whiskey at room temperature, Arcane also utilizes a vacuum distillation process that’s more akin to something you’d find from a gin maker; each step is about condensing and holding on to specific flavors and aromas from the beer they’re brewing. (They’re also harvesting and utilizing their own yeast “more like a brewer would,” as Thompson notes).

And the final result is so flavorful that it doesn’t require aging. Well, that’s not entirely true — the finished product rests in oak vessels for a tiny bit of time to legally get their juice designated as “whiskey.”

“Barrels are enormously wasteful,” says Thompson. “A 100-year-old oak tree can yield about two whiskey barrels. We don’t want to be a part of that.”

To impart the color that whiskey fans would crave, Arcane places its spirits in a pressure vessel filled with toasted oak staves for a few days, with gentle heat and under pressure, to impart a traditional brown color but very little in the way of wood or oak flavor. And that’s about as close to traditional barrel aging you’re going to get.

“Based on some experiments we’ve done, the flavors we’re working with actually degrade in real barrels over time,” says Thompson.

Arcane Alpha was crafted at KCBC’s brewery but made to Arcane’s specifications. Arcane is using their own facility for Imperial, a whiskey crafted from an Imperial Stout that should appeal to more traditional whiskey drinkers, as it amplifies the beer’s caramel, cocoa and coffee flavors/aromas. That one will make for a mean Old Fashioned — that said, we tried Arcane’s initial releases in a Boulevardier and in a highball with ginger ale, and they held up spectacularly well. Thompson also suggests using Alpha to create a drink he calls Paradox, which is, oddly, a cocktail with a flavor profile that’s more like beer. (Note that any of these would make excellent sips or shots as part of a boilermaker.)

A tasting room should be opened in the Bushwick brewery/distillery by early 2023. Until then, you’ll be able to find Arcane Alpha locally on shelves starting this month and Imperial by this fall. And it won’t take too long for other releases to follow.

“We can go from grain to beer to a finished bottle of whiskey you can buy in a store in three weeks,” says Thompson. “But we’re not trying to recreate a 20-year-old Scotch. We’re trying to capture beer flavors and aromas and turn it into whiskey.” 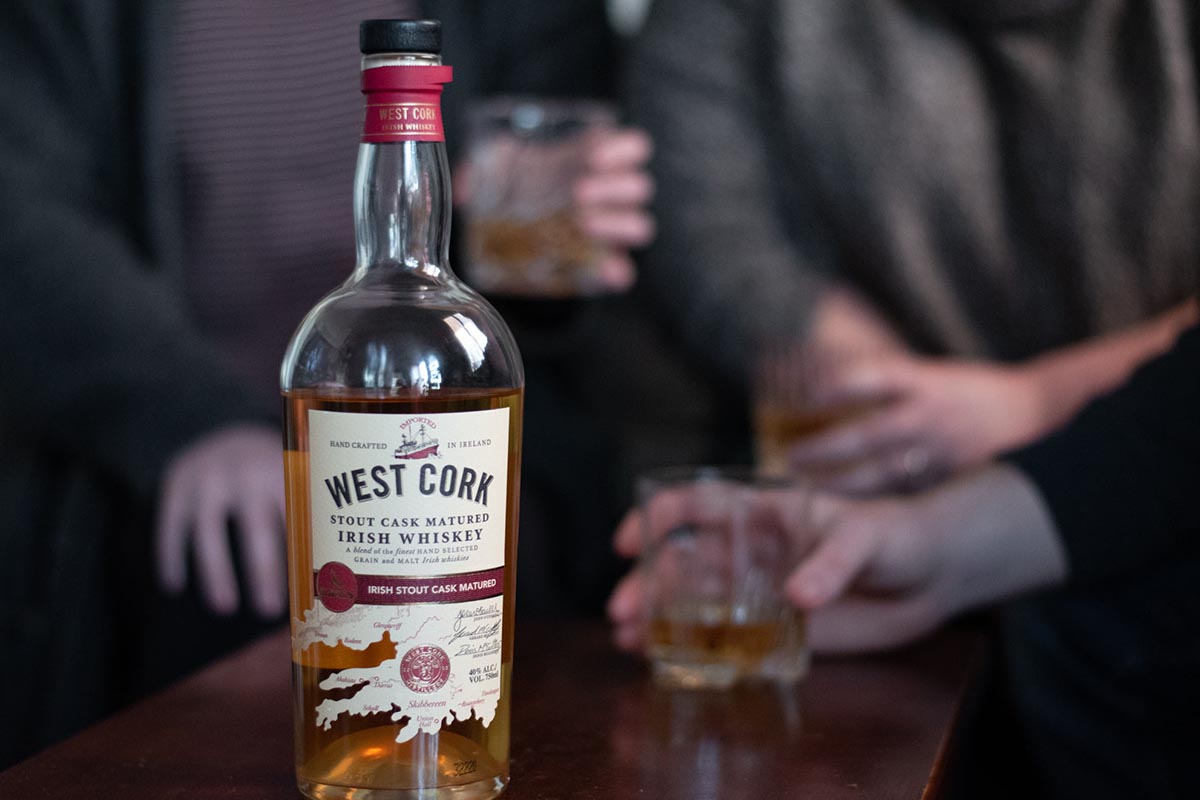 This Irish Whiskey Is Your Ideal Pairing With Beer 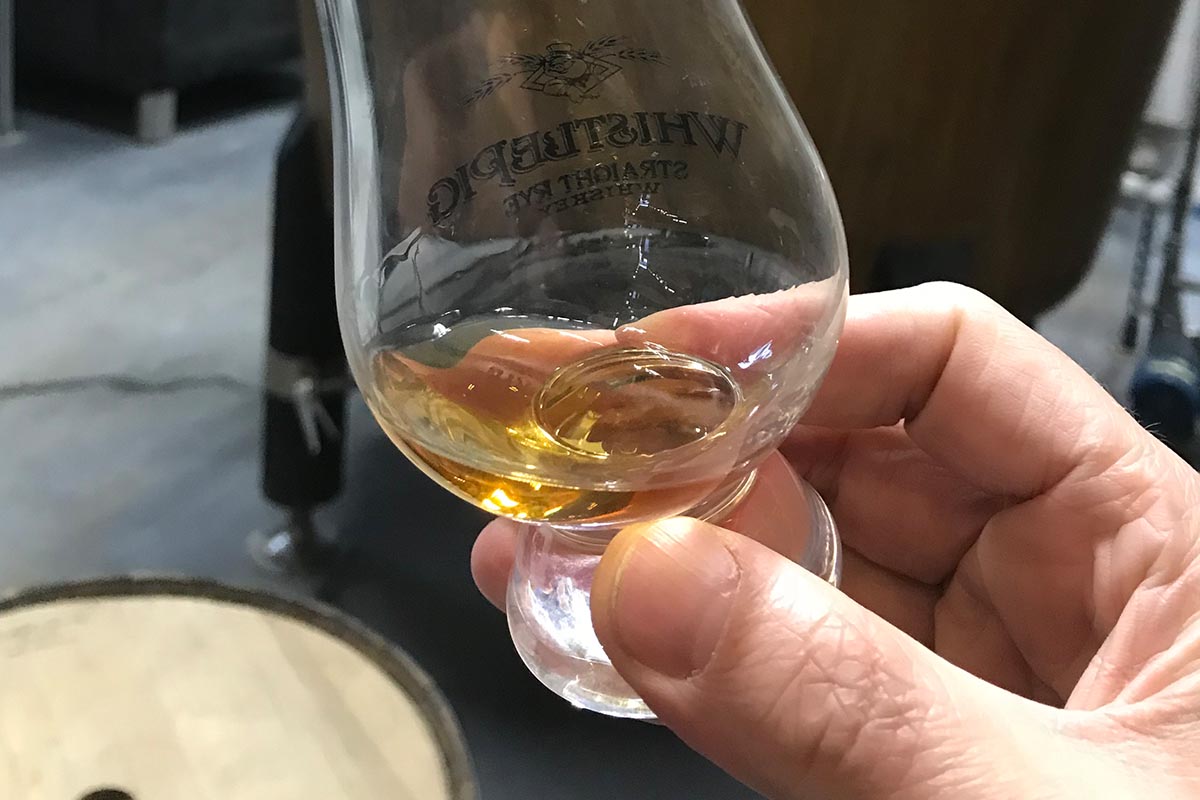 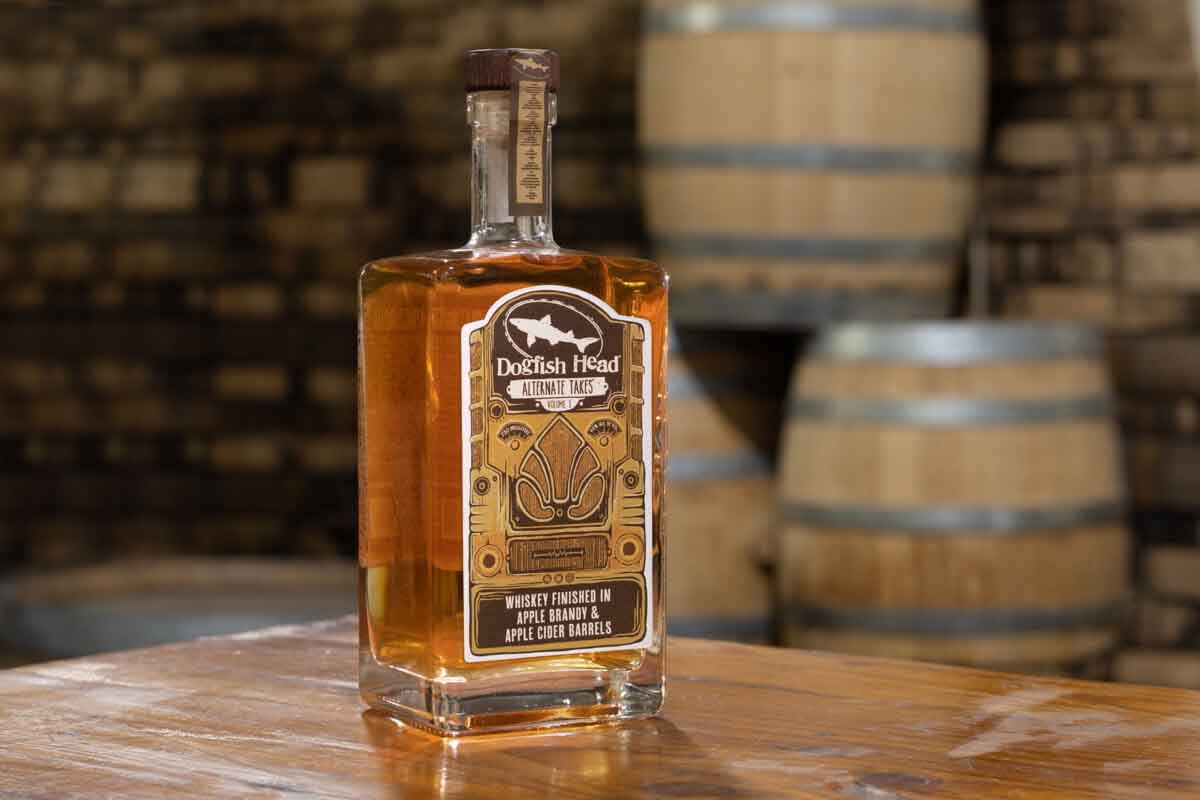 Why Breweries Are Now Making America’s Most Interesting Whiskeys