How Prince Harry Became the Most Annoying Man in America

Imagine if complaining about your family was your only marketable skill?

It is not hard to have some sympathy for Prince Harry and Meghan Markle, who have defected from a cloistered, oxidizing institution — populated by racists and freaks — in pursuit of the bucolic early-40s dream of moving to Los Angeles and adopting a dog. The reign of Queen Elizabeth II was the sole remaining connective tissue the British Monarchy had to any semblance of aureate national mythology, and her death seems like the perfect juncture to pack up Buckingham Palace and redistribute the royal assets throughout a country that is currently in the midst of stark material decline. Harry and Meghan were ahead of the game. For that, and that alone, they deserve credit.

What they do not deserve credit for, and what is frankly getting out of hand, is Prince Harry airing out all of his perceived slights, mild abrasions and bizarre confessions into a rapidly ballooning media brand. He has broadcasted the sort of overwrought intimate exposures best left to rowdy therapy sessions or drunk pillow-talk to anyone willing to listen. Again, it is not hard to have sympathy for Prince Harry and Meghan Markle. It also isn’t hard to find those two incredibly, flagrantly annoying.

It began two years ago, when the ex-Royals sat for a legitimately explicatory interview with Oprah, where they detailed some of the finer grotesqueries of the Monarchy. (Like, for instance, the implication that the kingdom was concerned that his future son may not carry the same pallid skin tone of the imperial bloodline.) Compassion for the erstwhile Prince and Duchess reached an all-time high in the aftermath, as everyone on both sides of the Atlantic relished in the long-awaited desecration of the British aristocracy. Alas, while he was still riding high on the narrative-solidifying power of that exposé, Prince Harry simply never stopped talking. He and his wife launched a podcast in 2022, where they rehashed the increasingly warmed-over tensions with their former estate, and then a Netflix serial that was mostly more of the same. Slowly but surely, it dawned on the rest of the population that the primary characters of the most captivating celebrity storyline in the world might not be particularly interesting or intelligent people. Case in point: In Allison P. Davis’s masterful profile of Markle last summer, we learn, in a remarkably tone-deaf declaration, that one of the key tenets of the Duchess’s existential recreation is to get back on Instagram.

The Prince took this much, much further when he released a stinging tell-all titled Spare earlier this month, in which he reduces all of his provocative critiques of the Crown into a series of tawdry blind items. Where do you even start? Prince William and Kate Middleton apparently really liked Suits, the show that Markle starred on before her pivot to generational wealth. William encouraged Harry to wear the Nazi Halloween costume, which got him in a lot of hot water back in 2005. Harry thinks William is balding too quickly. Harry couldn’t get any extra money out of his dad. And who could forget the pièce de résistance: Harry had frostbite on his penis at his brother’s wedding. The more these disclosures make the news, the more it becomes apparent that Prince Harry has correctly identified that gossiping about his family is his only marketable skill. If he truly wanted to leave the dynasty and live the life of a private citizen, he’d probably be bartending somewhere in Los Feliz.

I don’t think this is entirely Harry’s fault. He is, at his core, a product of his circumstances. Young men born into outrageous wealth generally have a skewed, solipsistic perspective that their menial grievances ought to be etched into the tablets of history. (See also: Donald Trump, Elon Musk and every other person who’s ever been associated with the Royal Family.) Harry seems like a reasonably good-hearted young man, but he has also been told, from the very genesis of his cognition, that he’s one of the most important people on earth, which has to have a detrimental effect on your brain chemistry. The same could probably be said about occupying the absolute crucible of the English tabloid press for decades, which is an infamously necrotic force. The Daily Mail, in particular, has spent the last five years lambasting Meghan Markle for the most benign fabricated infractions — like, say, touching her baby bump. After a lifelong war with the paparazzi, perhaps tacky, messy gossip is the only language Prince Harry knows how to speak; fighting back the fire with tales of penile frostbite.

It seems inevitable that someday soon Prince Harry is going to run out of things to complain about. Perhaps he has another book in him — the dreaded Spare II — where he digs out a few lingering muddled resentments that slipped his mind, like a drunk dad on the twelfth minute of his wedding speech. But then, mercifully, the well will finally be depleted. Prince Harry and Meghan Markle can enjoy the life they said they wanted; unattached from the Royal orbit, never breathing the names William, or Kate, or Camilla, or Charles ever again. They’ll be reinserted into the grim, fallow environment that all of us aging millennials share. Maybe Harry can go work at a digital marketing startup, or fire up an Etsy shop, or go back to school for an MFA.

The only thing I ask is that they both try to live the gimmick. The first step towards the normalcy they desire is the renunciation of their titles, because ordinary citizens don’t ask the poor Starbucks employees of Brentwood to write “Duchess of Sussex” on their cappuccino cups. If Prince Harry wants to be more like us, he needs a last name. Welcome to hell, buddy! You’re about to have a whole lot more to whine about. 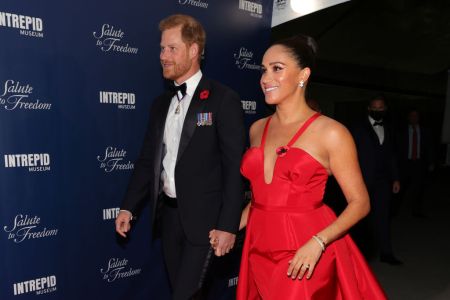 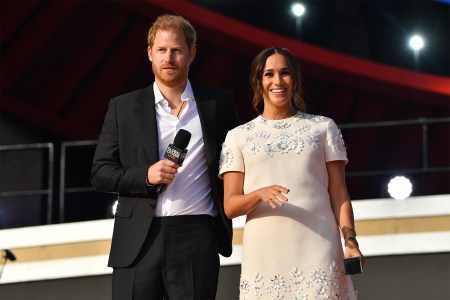 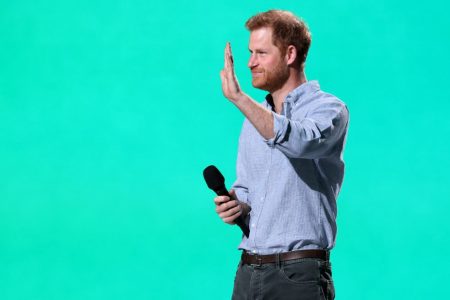 Prince Harry Is Working On a Memoir