These are the releases we're most excited to hear this year

One of the worst things about the period of time roughly between mid-December and mid-January — besides the post-holiday malaise — is the fact that there’s barely any new music released when everyone’s year-end lists are already out and they’re all focused instead on jamming “All I Want for Christmas Is You” for the millionth time. Fortunately, things are ramping back up again soon, and there are plenty of new albums coming in 2020 that we can’t wait to give a spin.

We’ve highlighted some of the confirmed upcoming releases we’re most looking forward to below, along with a few that are tentatively expected to drop at some point in the next year. Mark your calendars accordingly.

These Atlanta garage punks’ aptly named ninth studio album comes at a time when the world does, in fact, feel like it’s falling apart. It’s a return to their roots, a lo-fi country-influenced collection of 12 tracks recorded direct to tape, and the band promises in a press release that it’s their “best collection of songs since the aughts.”

Destroyer, Have We Met

Dan Bejar initially conceived of Have We Met as a Y2K album, complete with “period-specific Björk, Air, and Massive Attack in mind,” before abandoning it. Now, 20 years after people were afraid that a computer glitch would cause the world to end, the project — a 10-track follow-up to 2017’s ken — is finally seeing the light of day.

Drive-By Truckers’ 12th studio album is also their first in over three years, the longest gap between records that they’ve had, and it follows a period of writers’ block stemming from current events. “How do you put these day to day things we’re all living through into the form of a song that we (much less anybody else) would ever want to listen to?” Patterson Hood said in a statement. “How do you write about the daily absurdities when you can’t even wrap your head around them in the first place? I think our response was to focus at the core emotional level. More heart and less cerebral perhaps.”

Likewise technically isn’t Hop Along’s Frances Quinlan’s debut solo album, but it is her first under her own name. It was recorded with her Hop Along bandmate Joe Reinhart, and as Quinlan said in a statement, “One of the benefits of experience in my case has been that I’ve become a stronger and more adventurous collaborator. Working with Joe on this made me able to better see that the guitar is just one vehicle… there are so many others to explore.”

This joint EP sees the Houston trio teaming up with their fellow Texan Leon Bridges, and what started as a one-off track quickly evolved into a four-song collection. “If you just let the music do what it’s supposed to do, it will reveal itself,” Khruangbin bassist Laura Lee said. “We tried to take that same approach with Leon. For us, it was opening up our world to have another person in it. But all of it feels like Texas to me.”

Tame Impala’s The Slow Rush was initially supposed to be out last year, but it was delayed after the release of singles “Patience” and “Borderline.” Finally, we’ve got a new release date locked in, and fans can expect the 12-song LP — described in a press release as Kevin Parker’s “deep dive into the oceans of time” — on Valentine’s Day.

Grimes’ highly anticipated follow-up to 2015’s Art Angels is a 10-track concept album about “the anthropomorphic goddess of climate Change.” According to the singer, “Each song will be a different embodiment of human extinction as depicted through a Pop star Demonology.”

It’s been a long time since we were graced with a new Caribou record, but the follow-up to 2014’s Our Love is finally coming at the end of next month. In a statement, Dan Snaith said single “You and I” was a good representation of the album’s vibe as a whole. “‘You and I’ was one of the first tracks on the album that I started, and one of the last tracks I finished; it existed in some form or other throughout the whole arc of making the record,” he said. “It also captures a lot of what the record, and the title of the album, are about — the track changes suddenly and unpredictably, and it is about a change in my life that happened out of the blue.”

Moses Sumney’s new double-album græ — the follow-up to his excellent Aromanticism — will be released in two parts. The first part will be released digitally in February, with part two dropping (along with the full physical album) on May 15.

This cult soul legend’s follow-up to 2018’s Love, Loss and Auto-Tune features a slew of impressive collaborators. It’s produced by Poliça’s Ryan Olson and features guest appearances from Jenny Lewis, John Prine, Bon Iver’s Jusin Vernon, Sam Amidon and Poliça’s Channy Leanagh. You can hear Lewis, Vernon and Leanagh on its first single, “Sleeping Without You Is A Dragg,” above.

Alanis Morissette, Such Pretty Forks in the Road

Hot off of the 25th anniversary of her iconic Jagged Little Pill album (and the new Broadway musical centered around said album), Alanis Morissette returns with her first new studio LP since 2012’s Havoc and Bright Lights. It’s shaping up to be a big summer for the singer: in addition to the new record, she’ll be hitting the road with Garbage and Liz Phair in June.

At their New Year’s Eve show in Brooklyn, Julian Casablancas and company confirmed the news that fans can expect a new Strokes record in 2020, telling the crowd, “We’ve been unfrozen, and now we’re back.” They also debuted a new song, “Ode to the Mets” during the set, which you can see footage of here.

It’s been less than a year since Lana Del Rey released her critically acclaimed Norman F—-ing Rockwell, but she’s already hard at work on a follow-up that she promises could be released sometime in 2020. Back in August of last year, she told the Times of London that the album is already partially done. “I’ve already written parts of it,” she said. “It’s called White Hot Forever. I feel like it probably will be a surprise release sometime within the next 12 or 13 months. I’m really excited right now. I don’t want to take a break.”

There’s no word yet on when this year fans can expect Bethany Cosentino and Bobb Bruno’s first album in five years to be released, but based on their tour dates, we’d say Q1 is a safe bet. The duo dropped its first single “For the First Time” back in November and will celebrate the 10-year anniversary of their debut, Crazy For You, this year.

There aren’t many details about SZA’s followup to 2017’s Ctrl yet, but on Friday, the singer responded to a fan’s inquiry on Twitter about her next album by promising it’d be out at some point this year.

Back in September, Fiona Apple gave a rare interview to New York magazine, where she promised that a follow-up to 2012’s The Idler Wheel… would be out “early 2020.” “It’s probably its own thing,” she said. “But I don’t know how to articulate that. It’s like, if you’ve been working out every day for a month and then nobody sees you, they see the difference, but if you’ve been doing it all the time, you don’t really see the difference. I can’t really know the growth or the evolution or anything like that in what I do, because I’m in the middle of it.”

The National frontman Matt Berninger announced his debut solo album back in October via Instagram, revealing that the project is produced and arranged by the legendary Booker T. Jones. There’s currently no release date, but Berninger promised “more about it soon,” adding that he’s “the luckiest man in the universe.” 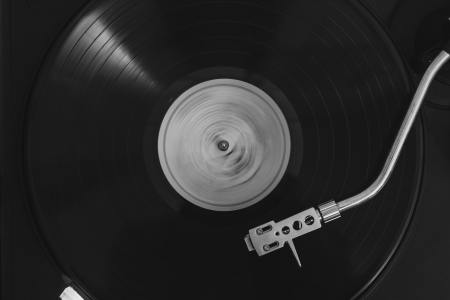 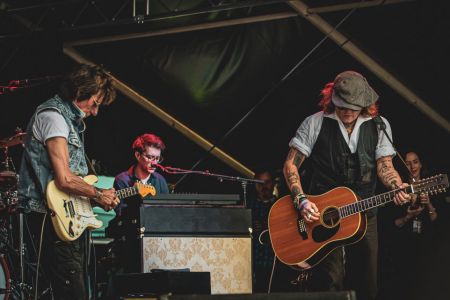 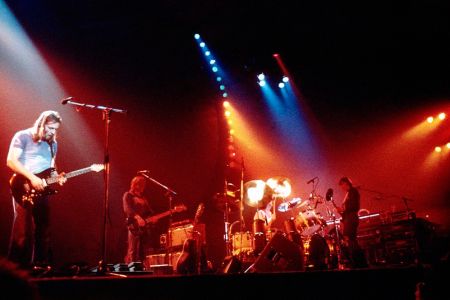