Why You Should Spend a Bunch of Money on Bandcamp Today

A few of the albums you can buy on Bandcamp today.
Father/Daughter Records / Burger Records / Merge Records
By Bonnie Stiernberg @aahrealbonsters

It’s no secret that one of the best ways nowadays to support musicians who have been hit hard financially by the coronavirus quarantine is to buy their music and merch online. With all venues closed and public gatherings of people banned indefinitely, artists are facing a huge loss of income. Last month, Bandcamp waived their revenue share on all sales for one day to help maximize the amount of money going directly into musicians’ pockets, and they sold a whopping $4.3 million of music and merch — 15 times the normal amount they’d typically sell on a Friday.

Today (May 1), from midnight to midnight PST, the site is waiving their revenue share to once again maximize artist profits — and plenty of labels are following suit by waiving their cuts on Bandcamp sales for their artists as well. (And if you’re unable to throw down some cash for your favorite band today, don’t worry: they’re going to do it again on June 5 and July 3.)

Anything you buy today on Bandcamp will be helpful — a digital album, a physical LP, a t-shirt, you name it — but many artists and labels are also offering special exclusive releases on the site to entice you to buy. You can check out a complete lists of artists and labels doing special releases or promotions today here, and we’ve rounded up some of our favorites below.

It’s also worth noting that Bandcamp’s interface allows you to pay more than the listed price for songs, albums and merch, so if you’re feeling especially generous, you can always give even more to help your favorite band in these trying times.

This name-your-price digital live album from Craig Finn and company was recorded at Rickshaw Stop in San Francisco, and the band is donating a portion of the proceeds from it to a relief fund for the staff of that venue who have been financially impacted by COVID-19. It features the first live performance of “The Stove & The Toaster,” and as Finn writes, “The whole vibe was loose and celebratory, as we were happy to see a lot of our West Coast friends in the house.”

While many larger indies have the means to donate their share of revenue to artists today, smaller labels like Athens, Georgia’s Arrowhawk Records are struggling to weather the financial storm caused by the pandemic just as much as musicians themselves and could use your support. As Arrowhawk’s founder Alyssa DeHayes notes on their Bandcamp page, “Buying this sampler of recent releases is the best way to help us continue to pay our staff, warehouse rental, and monthly operating costs. We’re hanging on, but we didn’t qualify for small biz aid, mainly because I’ve never payrolled myself.”

Burger Records has put together a massive seven-volume collection of songs from over 140 different artists, all written and recorded in isolation in the last three weeks. One hundred percent of the proceeds from the compilations go directly to the artists. As the label writes, “We came up with the idea for the compilation as a way to help artists earn money with their music while they are unable to play live and make the best of a bad situation in difficult times. Executed in true over-the-top Burger style, Quarantunes: Songs From Self-Isolation is a DIY music event and an audio time capsule of one of the strangest and scariest periods of modern history.” You can buy Quarantunes: Songs from Self-Isolation #1 with the button below and buy volumes 2 through 7 here.

Cloud Nothings have released an exclusive series of 27 live shows dating back to 2012 on Bandcamp. You can check them all out here, or purchase their set from New York City’s Webster Hall from January 2017 for less than you’d spend on a cup of coffee by clicking the button below.

New West Records put together this compilation of rarities featuring some of their most beloved artists — including Justin Townes Earle, Nikki Lane, Robert Ellis, Seratones, Caroline Rose, Jaime Wyatt, Lily Hiatt, Andrew Combs and more — specifically for today’s promotion, and all the proceeds from the record go directly to the artists involved.

Drive-By Truckers dropped a new single, “Quarantine Together,” recorded by Patterson Hood, Mike Cooley, Brad Morgan, Jay Gonzalez and Matt Patton at each of their homes in self-isolation. (Sample lyrics include “So if you’ll come over to my place, I promise you I will stay six feet away.”) You can name your own price for that track here, or purchase the band’s new “Quarantine Together”-themed t-shirt below.

Back in February, Archers of Loaf released “Raleigh Days,” their first new song in 22 years. It sounds just like vintage Loaf and calls to mind their early career with lyrics like “Raleigh Days, from the Fallout Shelter stage/heard you scream you’re gonna be somebody some day,” and now they’re pairing that with a rollicking cover of the Rolling Stones classic “Street Fighting Man.”

The Song Is Coming from Inside the House compilation

This compilation album features B-sides, demos and unreleased tracks from the likes of Mount Eerie, Palehound, Downtown Boys, Ratboys, Lala Lala, Sadie Dupuis, and more. All the proceeds go to Groundswell’s Rapid Response Fund to benefit people impacted by COVID-19, because as the album’s page notes, “We are supporting Groundswell because this is a way for us to invest in organizations working to address some of the severe inequities in our society that this pandemic is highlighting. Victims of COVID-19 are disproportionately people of color, and the crisis has already been used as an excuse by lawmakers to deny abortion access. We feel that issues like these have been unreported relative to the general media conversation surrounding COVID-19, and as a result they are likely to be underrepresented in charitable efforts.”

Yves Tumor was forced to scrap the planned tour behind his excellent new album Heaven to a Tortured Mind, but the musician still has plenty of exclusive merch from that would-be tour for sale today. The t-shirts are great, but we’re especially partial to this album poster. 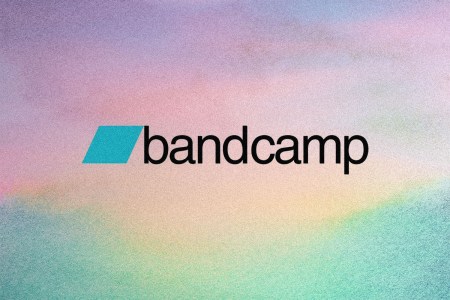