The Best Movies, TV, Music and Books for June

It includes a new museum, a design festival and noir pulp

VIEW: Marciano Art Foundation
L.A. isn’t hurting for fine art. Nor is it hard up for generous patrons. The latest to the field: Paul and Maurice Marciano, the founders of Guess. Their new museum contains 1,500 works ranging from various styles and periods. Look for Jim Shaw’s wig collection and relics from the previous tenant, The Masonic Temple.

VIEW: Kerry James Marshall: Mastery at MOCA
Kerry James Marshall was born in Alabama but reared in South Central, near the headquarters of the Black Panthers. He said, “You can’t move to Watts in 1963 and not speak about it. That determined a lot of where my work was going to go.” Marshall paints folksy, almost vaudevillian characters in vibrantly colored scenes. The 35-year retrospective concludes in early July.

WATCH: The Big Sick
Kumail Nanjiani (Silicon Valley) pines for his girlfriend in a coma in this indie drama, which wowed at festivals — and then got picked up by Amazon for a whopping $12 million. (June 23)

STREAM: GLOW
A wrestling drama-comedy based on the real-life exploits of the Gorgeous Ladies of Wrestling circa the 1980s. Starring Alison Brie — the Community actress who is also (fact) a national treasure — it’s a mishmash of sparkly costumes, copious drug use and poofy ’80s haircuts.

READ: Peak Performance
An Olympic coach and a former McKinsey consultant turned science writer demystifies the ideas behind peak human performance, be it athletic, artistic or academic (turns out they all share the same processes). If you’re a lifehacking fan or watch a lot of TED Talks, this is for you. (June 6)

ENJOY: Blood Drive
A cross-country death race (“in the distant future of 1999”) where cars run on human blood? Sign us up for Syfy’s cheesy grindhouse depravity. (June 14)

SHOP: LA Design Festival
The Los Angeles Design Festival is heading to the ROW in downtown. If you haven’t been to the ROW for Smorgasburg, now’s your chance — especially if you need some new furniture. (June 8-10)

REMEMBER: Your favorite albums
It’s a good month for digging deep into your musical past. Bob Marley’s new box set of Exodus (June 2) includes son Ziggy’s “restatement” of the original record, with previously unheard mixes and recordings. U2 revisits The Joshua Tree (June 2) for its 30th anniversary, which features 25 previously unreleased tracks and a hardcover photography book by the Edge. The late great Prince sees his musical nadir Purple Rain (June 23) re-released with a whopping 26 unreleased tracks (including “We Can Fuck” and “Wonderful Ass,” because Prince) and a 1985 live performance. Finally, Radiohead’s OKNOTOK (June 23) celebrates 20 years of OK Computer with 11 b-sides and unreleased tracks; a larger box set in July also features a cassette mix tape of studio sessions and a 104-page notebook chronicling the making of the album.

PERUSE: Visceral
New from Viscous, the publishing house where Emily Ratajkowski got a start, Visceral is a scantily clad ode to the city and its vices. Available now for preorder, we recently spoke with the book’s creator, artist/model Amy Hood.

Pop-Up Magazine works like so: a longform journalist tells a live story with a band and/or visual effects and short video footage. These journalists come from places like Rolling Stone, Slate and the New York Times. It’s rock and roll meets This American Life. (June 13)

And don’t forget: Bong Joon-ho (Snowpiercer) crafts an odd tale of a girl, her mutant animal pal and an evil Tilda Swinton in Netflix’s Okja (June 28) … Jack White, Beck and the Avett Brothers (among many others) replicate a 1920s recording session in the soundtrack to PBS’s American Epic (June 9) … In a console world filled with endless sequels, a synthpop-flavored isometric assassin game like Tokyo 42 feels like a revelation (out now) … Aussie Jim Jeffries is the latest topical comic to land his own late-night talk show (June 6, Comedy Central) … Scarlett Johansson, Zoe Kravitz, Kate McKinnon, Jillian Bell and Ilana Glazer throw a deadly and hilarious bachelorette party in Rough Night (June 16) … Finally, it’s the welcome TV return of Orange Is the New Black (June 9), Idiotsitter (June 10) and Preacher (June 25). 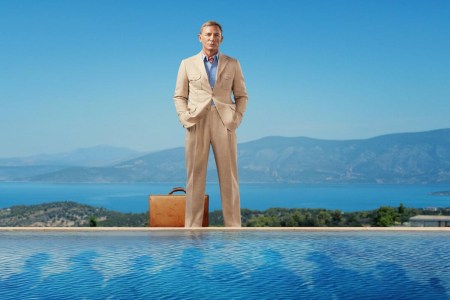 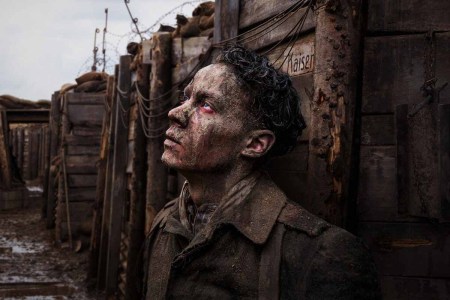