These Are Some of the Last Images of Famous Mob Bosses

From Al Capone to John Gotti, every don is mortal in the end. 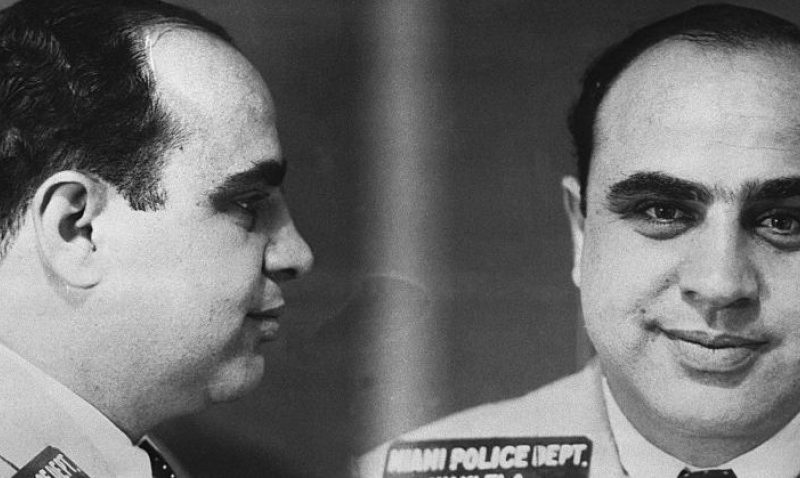 Content warning: Some of these images are difficult to look at.

The American Mafia typically refers to the highly organized Italian-American criminal society. Many of the mob bosses became infamous, and though some of them lived long and prosperous lives, like Frank Costello, others were brutally murdered, like Angelo Bruno, who was shot in his car.

We take a look at some of the last photographs taken of major mob bosses. Warning: Some of these pictures are pretty gruesome.

Gambino was a Sicilian-American mobster. The Gambino crime family was named after him. He unexpectedly seized control in 1957 and was known for being low-key and secretive.

He was convicted of tax evasion in 1937 but his sentence was later suspended. He died of a heart attack at age 74.

Costello, who was known as “the Prime Minister of the Underworld” was one of the most powerful and influential mafia bosses in American history. He led the Luciano crime family (later called the Genovese crime family), which is one of the Five Families that operates in New York City.

He controlled a vast gambling empire across the United States and also had a lot of political influence. He died from a heart attack in 1973.

Al Capone, sometimes known as “Scarface,” was an American mobster, crime boss and businessman. His reign as crime boss lasted for seven years, until he was 33. He was born in Brooklyn, New York, but moved to Chicago in his early twenties.

For a while, he was seen as a “modern day Robin Hood,” because he made donations to various charities, but then, seven gang rivals were murdered in broad daylight in the Saint Valentine’s Day Massacre, and Capone became “Enemy No. 1.” He was imprisoned for tax evasion and was released after eight years behind bars. He died not soon after that.

Charles “Lucky” Luciano is considered the father of modern organized crime in the United States. He was also the first official boss of the modern Genovese crime family. His criminal empire included narcotics-peddling, prostitution, extortion, and running vice dens.

He was tried and convicted for compulsory prostitution and running a prostitution racket in 1936 after years of investigation, which was led by District Attorney Thomas E. Dewey. Though he was given a 36-year prison sentence, he was released early and deported to live his life freely outside the U.S. However, following his imprisonment in 1936 he founded the Crime Syndicate of Mafia families and reorganized crime. He died from a heart attack at Naples Airport on Jan. 26, 1962.

The last photo of John Gotti, taken by the Bureau of Prisons on October 17, 2001. It was less than eight months before he died, at age 61, at the federal prison hospital in Springfield, Missouri.

John Gotti become boss of the powerful Gambino crime family in New York City. In 1985, worried that he was going to be killed along with his brother and best friend by Gambino crime boss Paul Castellano for selling drugs, Gotti organized the murder of Castellano. He took over the family shortly thereafter. He was then the boss of the most powerful, richest and largest crime syndicate in the world. He made hundreds of millions of dollars a year from criminal activities, and at his peak, Gotti was one of the most powerful and dangerous crime bosses in the history of the U.S. He was known as “Dapper Don” for his expensive clothes and personality in front of news cameras.

He went through three high-profile trials in the 1980s, all which resulted in his acquittal, though later it was discovered that the trials had been tainted by jury tampering, juror misconduct and witness intimidation. Gotti was finally given a life sentence in 1992. He was convicted of five murders, conspiracy to commit murder, racketeering, obstruction of justice, illegal gambling, extortion, tax evasion, and loansharking. This picture was taken by the Bureau of Prisons just six months before he died of throat cancer.

Bruno was considered to be one of the nine major mob bosses in the country in the 1970s. He was assassinated in 1980, after being boss of the Philadelphia crime family for two decades. He successfully avoided the media, law enforcement and outbursts of violence that plagued other crime families. He operated through bribery instead of murder.

It is believe his assassination was ordered by Antonio Caponigro (aka Tony Bananas), Bruno’s consigliere.

Albert Anastasia was the head of the Mangano/Gambino family mob. He was potentially the most feared hit-man of the Italian American Cosa Nostra’s golden era, and earned the famous nickname “the Mad Hatter” and “Lord High Executioner.”

He was murdered while in his barber’s chair. His body guard was taking a walk when two masked gunmen burst into the shop and opened fire.

Galante was murdered while having lunch in Brooklyn. Known as “Cigar” since he was rarely seen without one, Galente allegedly organized the murders of at least eight members of the Gambino family, whom he was rivals with, so that he could take over the drug trafficking operation.