(Hulton Archive/Getty Images)
By Will Levith 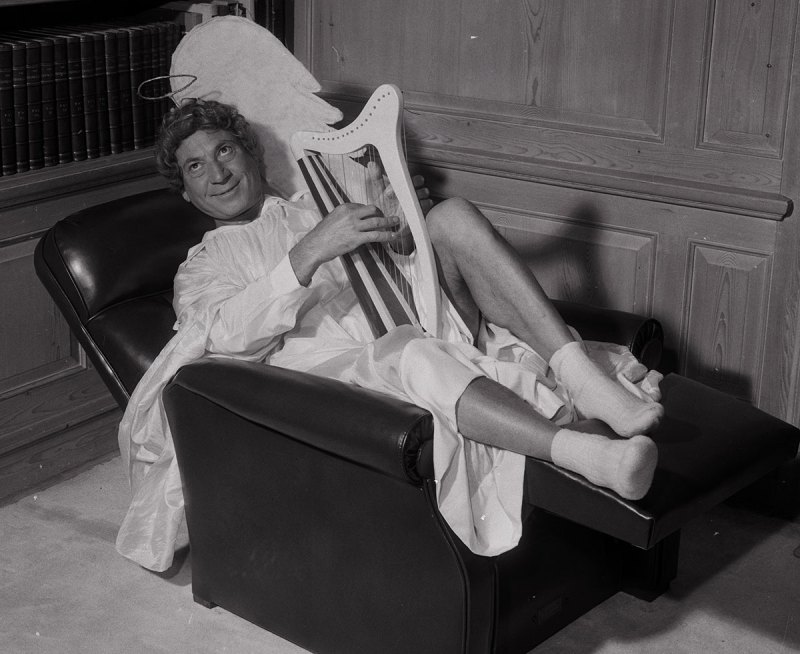 Salvador Dalí had an iron grip on the art of the weird, surreal, and downright obscure. But had his own personal favorite oddball artists, too. One of those was comedian Harpo Marx, the blonde-haired mime in the Marx Brothers comedy troupe. Why Harpo? Dalí thought of him as a “surrealist”; he was a comedian who worked mainly by gesture or through the crazed look in his eyes. He was a surrealist artwork in human form.

In a 1937 issue of Harper’s Bazaar, Dalí recounted his first meeting with his favorite Marx brother:

“I met Harpo for the first time in his garden. He was naked, crowned with roses, and in the center of a veritable forest of harps (he was surrounded by at least five hundred harps). He was caressing, like a new Leda, a dazzling white swan, and feeding it a statue of the Venus de Milo made of cheese, which he grated against the strings of the nearest harp. An almost springlike breeze drew a curious murmur from the harp forest. In Harpo’s pupils glows the same spectral light to be observed in Picasso’s.”

For more on the artist’s history with Harpo Marx, click here.