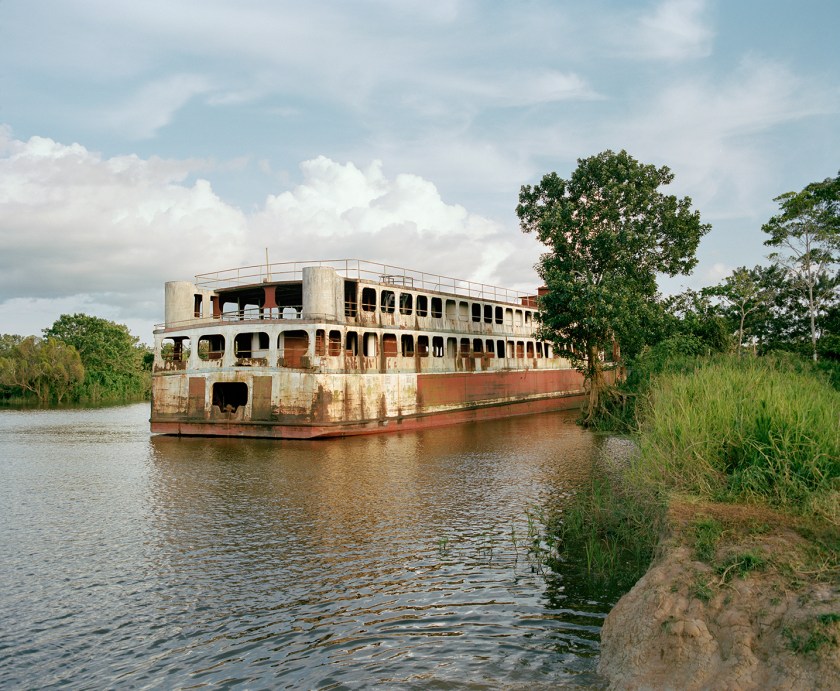 The Peruvian Navy confiscates vessels that are used to transport drugs. The boats are often left abandoned and rusting along the riverbanks. (Yann Gross/Aperture)

The Amazon, believe it or not, was among the first places in history to feel the effects of globalization, when Spanish conquistador Francisco de Orellana landed there in 1541, in search of cinnamon and gold. Throughout time, the world’s longest river has weathered development, removal of its natural resources, and numerous religious campaigns.

Seeking to capture the essence of contemporary Amazonia, Swiss photographer Yann Gross created a series of environmental portraits in a place that continues to inspire greed, competition, and fascination in its visitors. These images are featured in The Jungle Book: Contemporary Stories of the Amazon and Its Fringe, which follows in the footsteps of past expeditions. 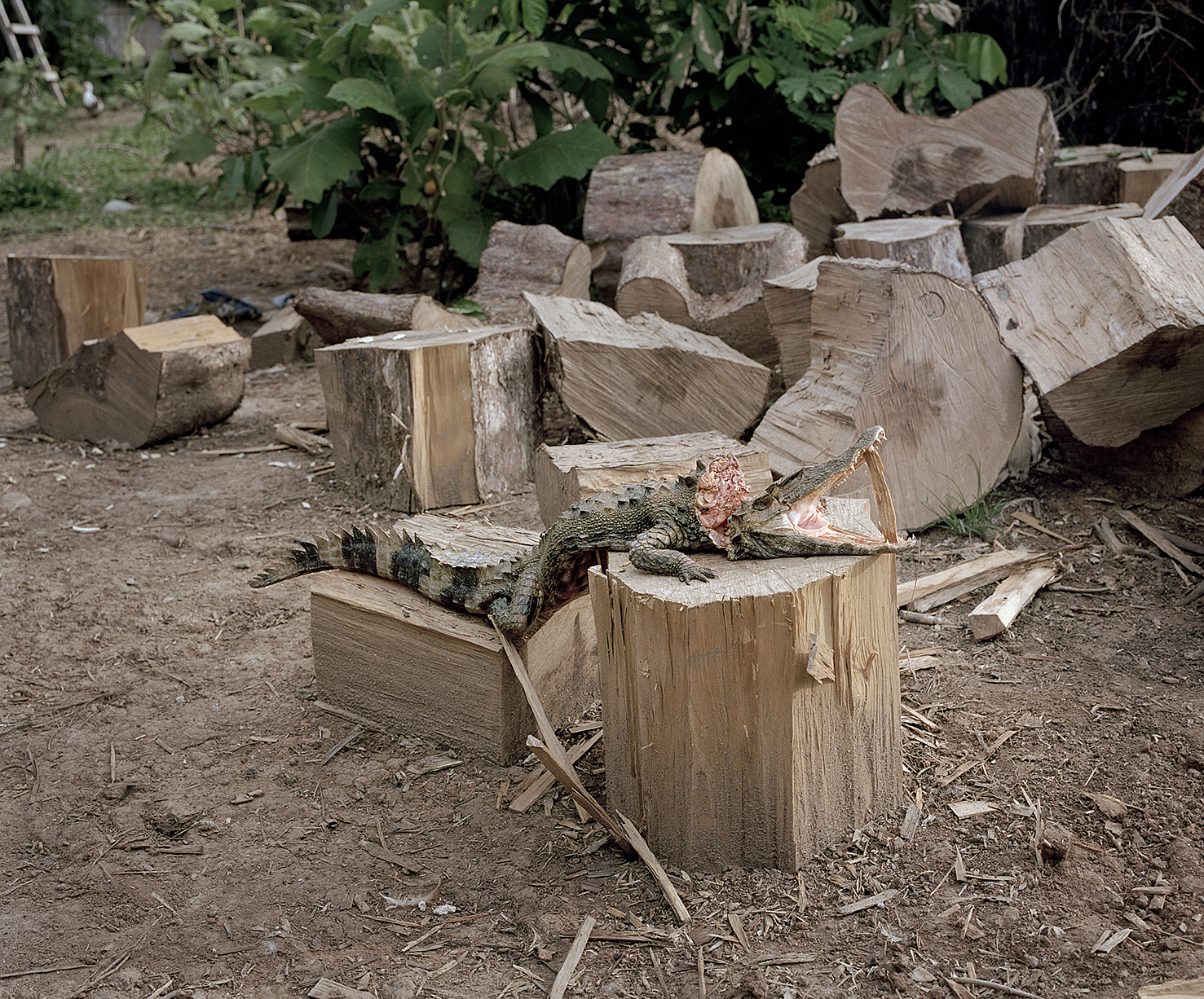 Freshly caught caiman is prepared as breakfast in the Bolívar community at the banks of Rio Curaray, Peru, 2012 (Yann Gross/Aperture)

Through Gross’ Jungle Book, viewers are forced to let go of romantic clichés of forgotten lands. Instead, the photographs offer an alternative to the guiding ideals of progress and development that inform escapist fantasies.

Below, you’ll find a selection of images from the book alongside some thoughts from Gross himself.

“Turtle meat is a favorite dish in the communities along the banks of the Rio Curaray. After the meal, the turtle shell becomes a toy for the children.” 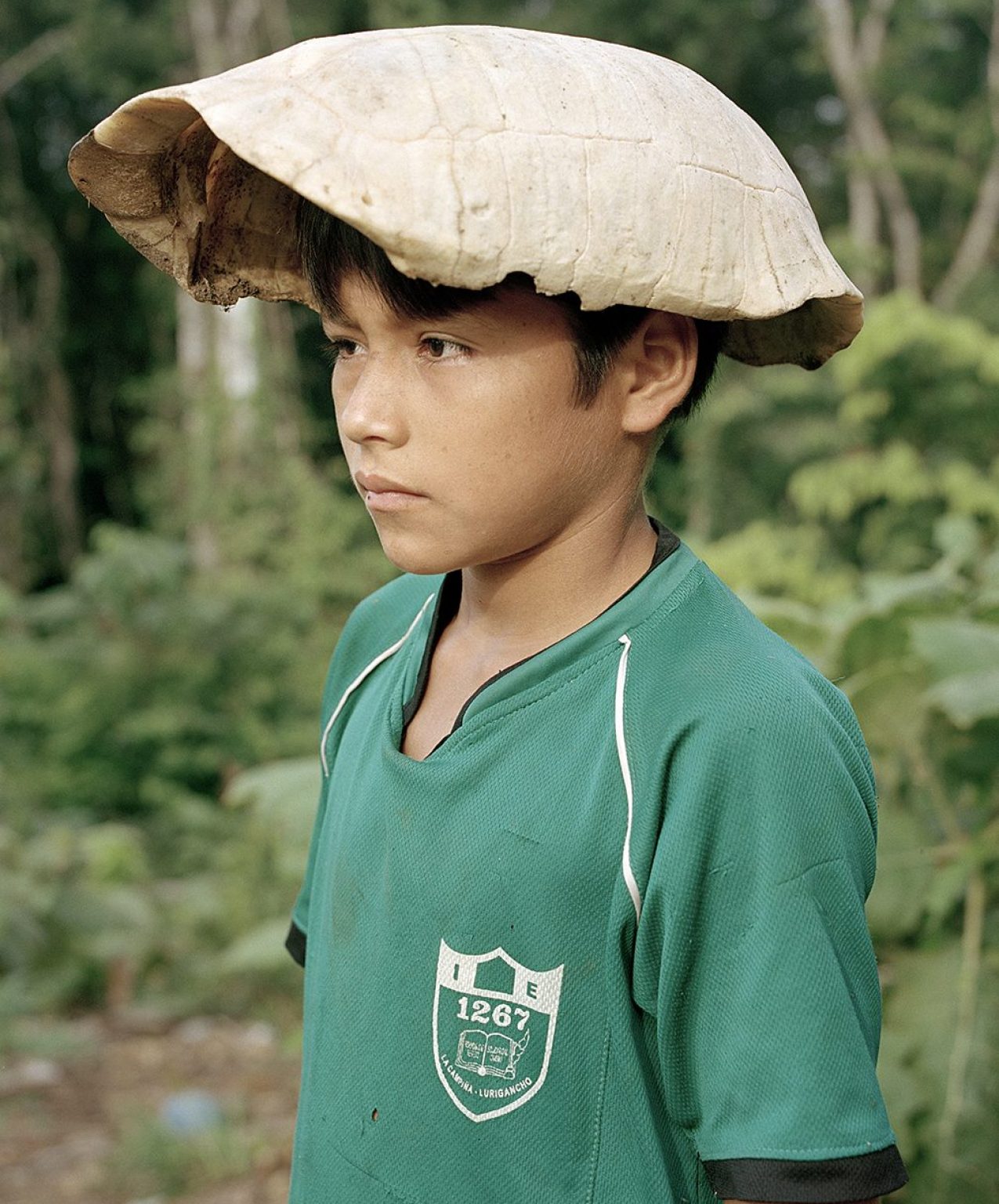 “Delta Uno does not officially exist. Yet a large quantity of gold leaves [are extracted] daily from this city in the middle of the jungle. In order to recover the gold dust extracted from the ground, miners use mercury. Mercury attaches to gold to form an amalgam that facilitates the separation of the gold from rock, sand, or other materials. The amalgam is then heated to evaporate the mercury, leaving only the gold in nugget form. When this operation is performed in open air, mercury escapes into the atmosphere and rivers.” 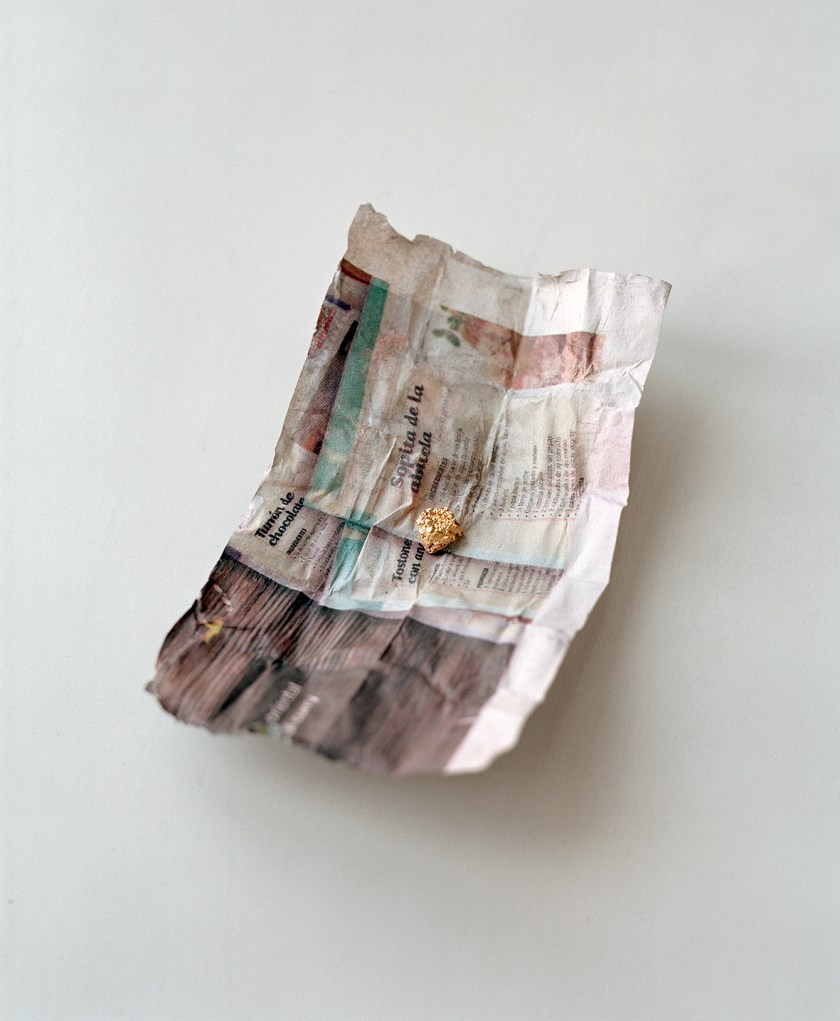 “A traditional prophecy said that someday a giant snake would come and swallow up the Suruí people, destroying them and everything else in its path. The snake arrived in 1969. It’s called the Trans-Amazonian Highway. The acculturation of indigenous communities has been rapid. With the opening of the Trans-Amazonian Highway, missionaries rushed in to evangelize the Suruí people. This act of faith profoundly changed indigenous beliefs because the missionaries encouraged the shamans to abandon their ancestral rituals. Perpera Suruí was the wawã, the shaman of the community of Lapetanha. He is now the gatekeeper for the Evangelical church in the village and has given up his shamanic practice.” 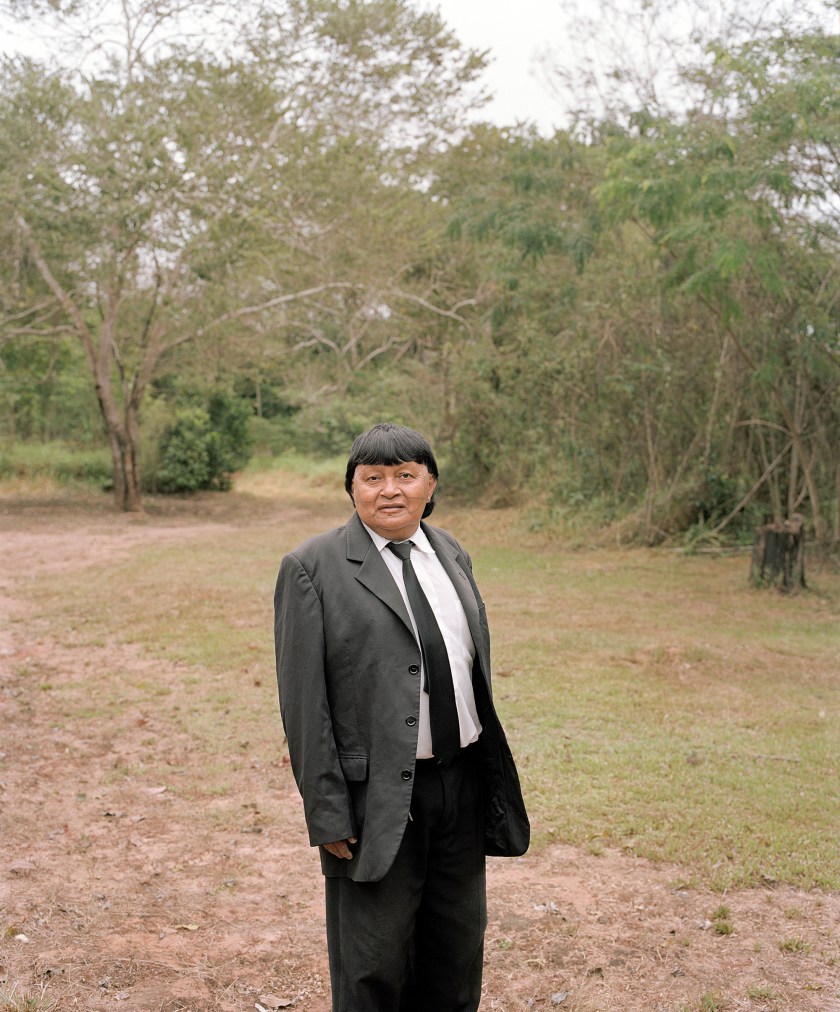 “Fish have become rare in the Curaray and Napo Rivers and the water makes eating them dangerous. New communities are being established near lagoons that are better protected, and where it is easy to fish for piranhas, fasacos, zungaros, and tucunares.” 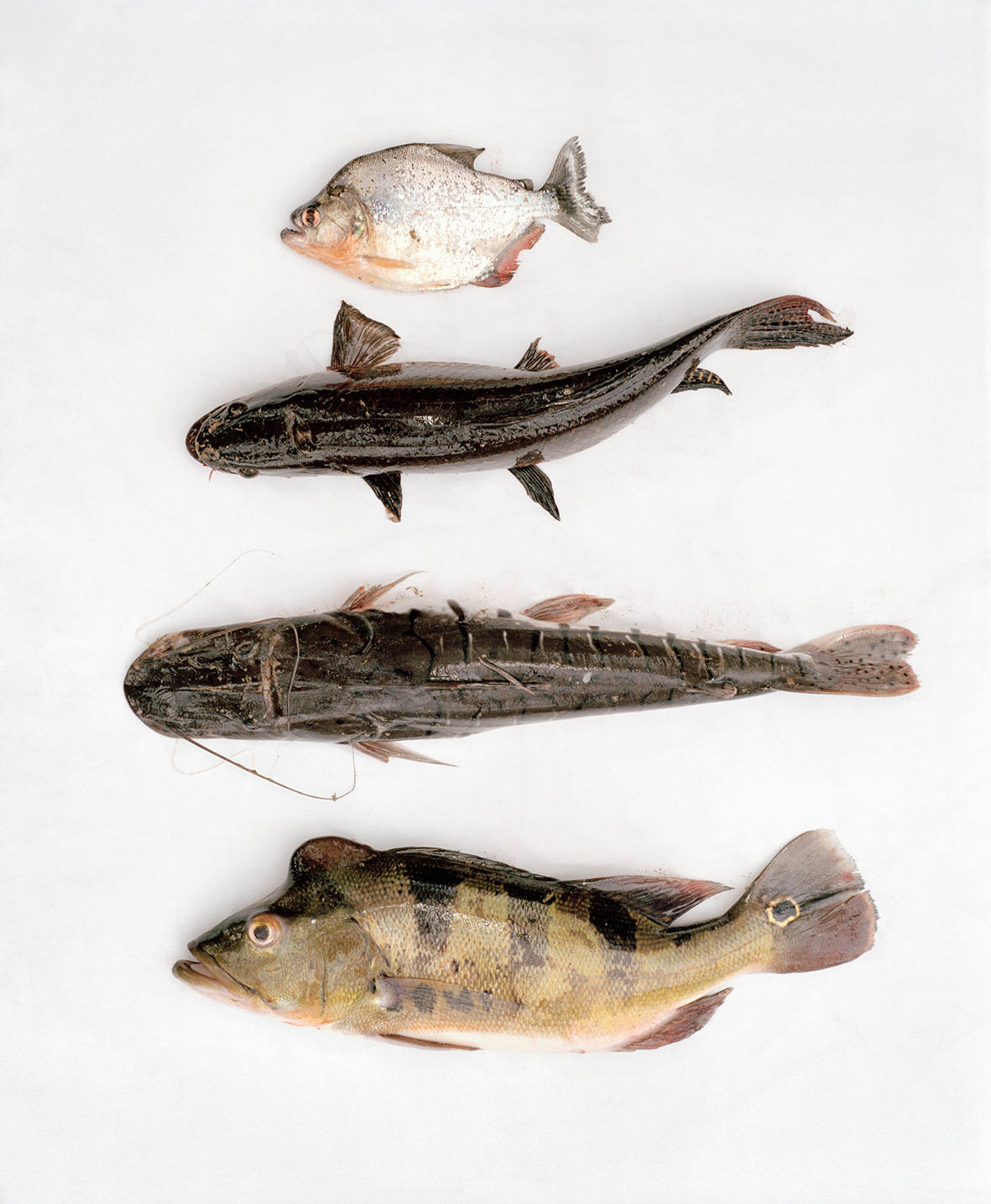 “Valentina Del Aguila Vasquez is considered to be the most beautiful woman in the Amazon. She won the Miss Amazon Confraternity beauty pageant in Leticia, in which Brazilians, Colombians, and Peruvians all participate. The first prize includes an envelope with $1,000, an orthodontic treatment, and cosmetic surgery at a reputable clinic in Bogota.” 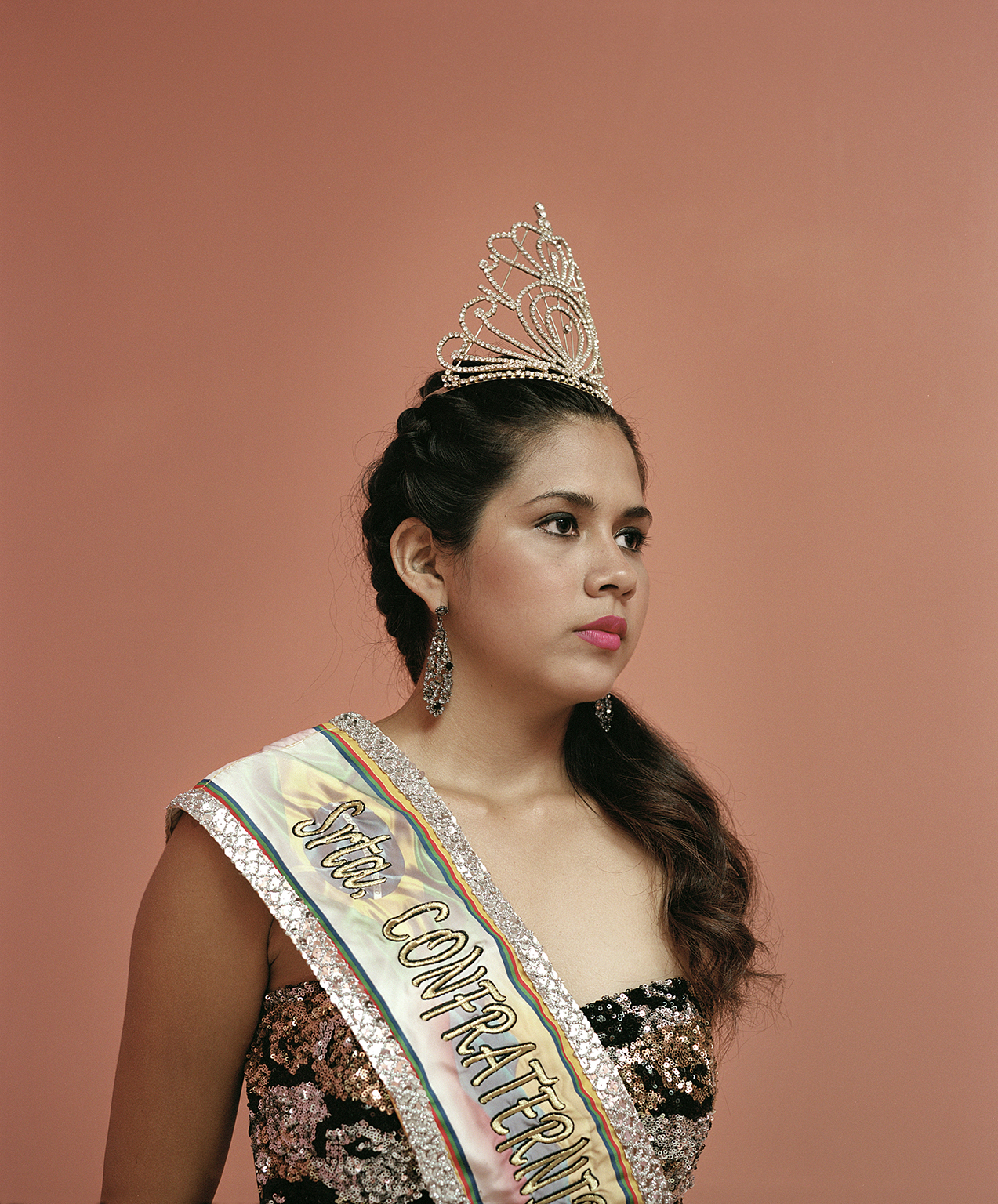 Jungle Book, published by Aperture Foundation, is available for $35. Along with text from the photographer and detailed notes, the 123 images act as a portal into the diverse local communities and dynamic culture of the Amazon, subject to modern economic and social forces.

You can order a copy here. To learn more about the exploration of the Amazon, watch the video below.