Christo’s Floating Piers Installation Allows You to Walk on Water 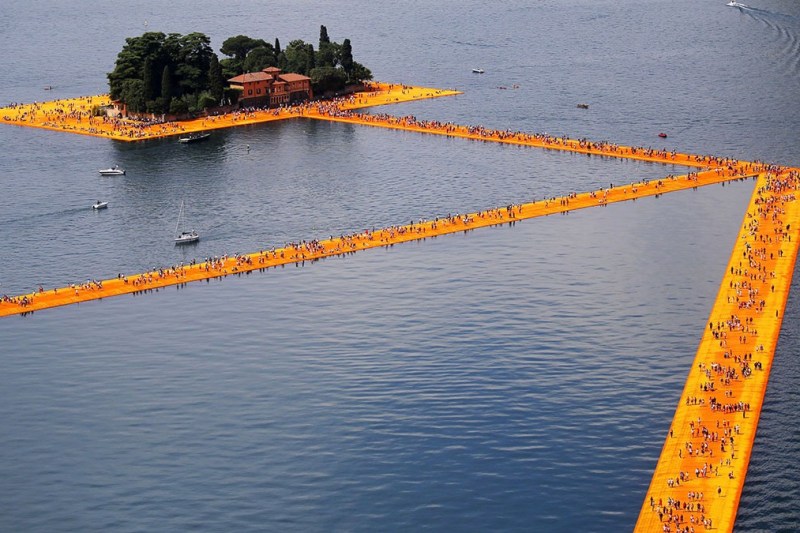 At 81, artist Christo continues to take on projects of a scale unimaginable to most of his contemporaries. His latest installation lets visitors to Northern Italy’s Lake Iseo actually walk on water. “The Floating Piers” is a walkway stretching nearly two miles into the lake, linking two islands to the mainland. 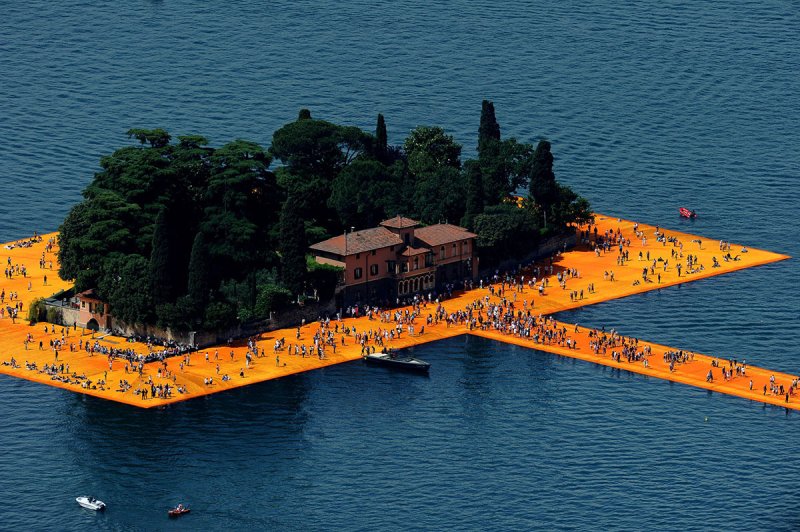 Christo has long championed temporary works: “Our works are nomadic, just like people. They appear somewhere for a short time and then they are gone forever.” This effort is particularly fleeting, open for only 16 days. (It closes on July 3.) It’s proved even more popular than expected, as 270,000 people visited it in the first five days, a massive number for a place where only 2,000 people normally live. 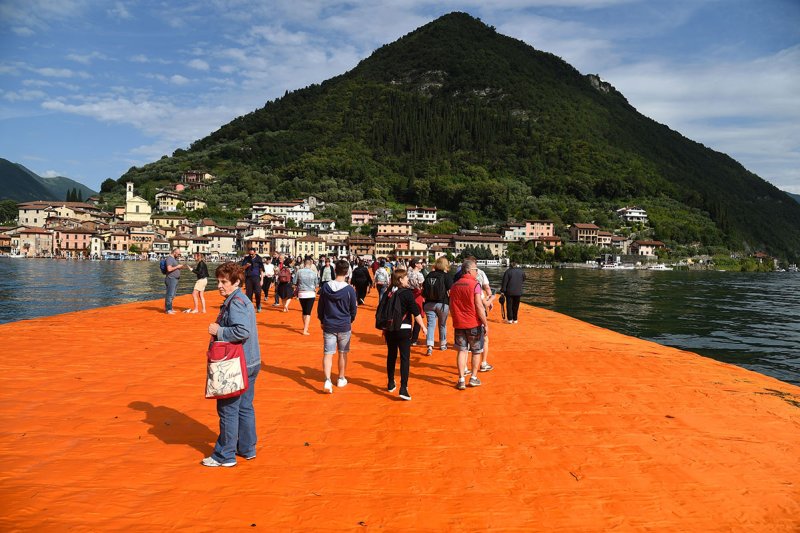 Entrance is free, and the project’s estimated cost of $17 million was self-financed by the artist. 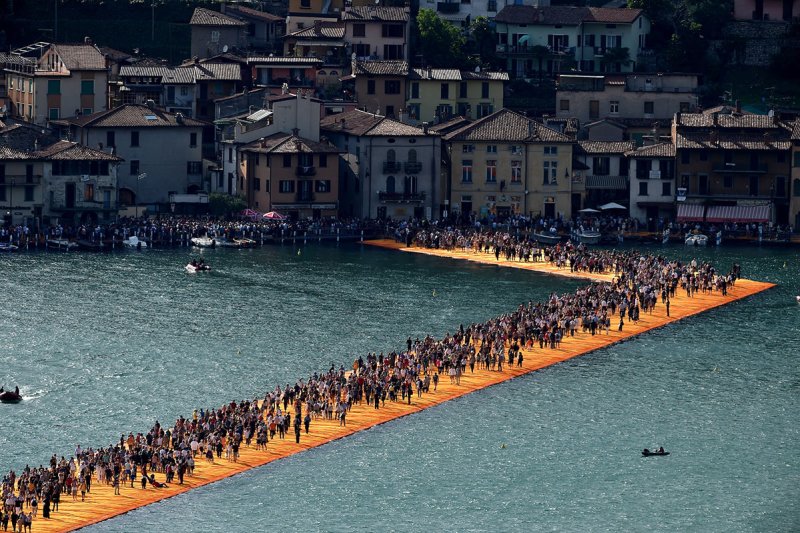 Christo conceived of the idea with his wife Jeanne-Claude back in 1970. The project, however, had to be executed without her. Jeanne-Claude passed in 2009 at the age of 74. 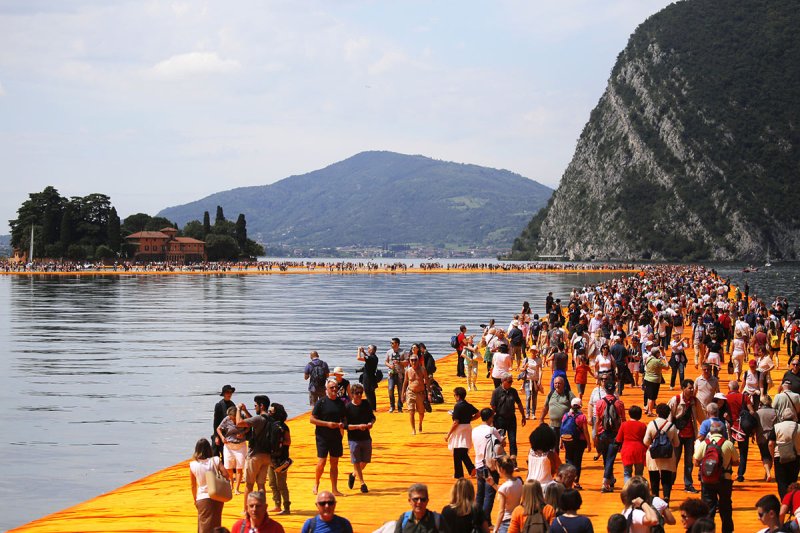 Christo had not taken on a large-scale project since her death. His previous one was he and his wife’s collaboration, “The Gates,” in New York’s Central Park in 2005. 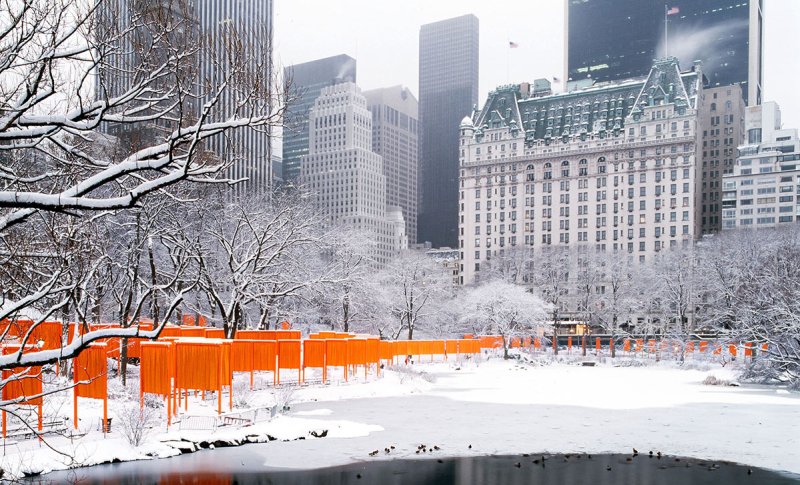 Cristo and Jeanne-Claude’s ‘The Gates: A Project For New York’ sits during a snow storm in Central Park on February 21, 2005. (Matthew Peyton/Getty Images)
Getty Images

Everything You Need to Know About Amaro, the Iconic After-Dinner Drink
A Real World Test of the Unreal Bentley Continental GT Speed
Chef Sol Han Tells You How to Expertly Navigate a Korean Market
What Science Tells Us About Being a Grower vs. Shower
Where Have All the Big-Screen Comedies Gone?
How to Be Happy, According to the First Deaf-Born Person to Run Every Major Marathon
Musicians Pay Tribute to Television's Tom Verlaine
Products of the Week: Chili Chocolate, Bowers & Wilkins and California Birks
The 18 Best Valentine’s Day Gifts for Him