Icelandic Turf Houses: The Next Big Trend in Eco-Friendly Architecture?

Reconsidering the appeal of a centuries-old home design

Imagine coming along a peculiarly-designed home as you walk through a rural landscape one day. The walls of the building have been assembled from lovingly-crafted wood, harvested locally and tapering upwards to give the front wall a distinctive peak. It’s the roof that really catches your eye, though: instead of shingles or solar panels, this home is covered in grassy turf, making the house appear from a distance to be part of the landscape.

Is this the latest iteration of tiny home design? Is it the work of a revolutionary approach to green building? The answer to both questions is no. Instead, this is an example of Icelandic turf house design — an approach to homebuilding that was popular in the island nation’s history but has fallen out of favor.

The turf houses still standing in contemporary Iceland are largely museums — though there are a few notable exceptions, including one located in eastern Iceland and owned by a woman who’s become used to having tourists mill about her house during the summer months.

But as the saying goes, everything old is new again — and it’s hard not to think of some of today’s most compelling home-building trends when looking at photographs of turf houses. In an era of sustainable design and ecologically-conscious homebuilding techniques, might the time be right for the turf house to have a global resurgence?

The Icelandic Turf House Institute is located in Árnessýslu, about an hour’s drive southeast from Reykjavik. There, visitors can take in a preserved turf farm, getting a glimpse into the past. In an essay titled “The Icelandic Farmstead,” the Institute’s co-founder Hannes Lárusson explored the historical traditions behind turf homes and the distinctly Icelandic concepts that influenced their development.

In Lárusson’s telling, much of this comes from the concept of bær — essentially, the way a building exists in a state of interconnectedness with other buildings. “A ‘house’ can be finished; it will then take on its finished structure. Bær is a process that spins its continuum from inner necessity,” Lárusson writes. “Therefore, bær cannot be finished. A house can be drawn and then built according to that drawing. Bær cannot be drawn beforehand; its outlines continue to develop in an organic process as the needs for changes or improvement arise and in that manner it creates its own ongoing three-dimensional drawing.”

What that boils down to, then, is an ever-shifting space, and one that’s every bit as alive as the people residing there. “The Icelandic turf house is imbued with warmth; it is mild in its quiet beauty and modesty,” Lárusson writes later in the essay.

For Icelandic historian Sigridur Sigurdardottir, who has written about traditional building techniques, familiarity with turf houses is something she’s had for her whole life. “I grew up with a turf building next to the house I lived in,” she recalls. “Before 1937, my grandparents lived in that building and my father was born and raised there.”

That familial experience included some lore related to the specific quirks of turf house life. “They told me many remarkable and adventurous things about life in that turf house, during my childhood,” Sigurdardottir says. “I was told little guys were not supposed to play or climb on the roofs. I’ve always felt that I should take care, and be aware of turf buildings wherever they are.”

Sigurdardottir notes that the influence of turf homes hasn’t translated into subsequent generations of home design, but it can be seen in other examples of Icelandic architecture. “Icelandic architects have not much used turf houses as models in their house drawings,” she says. “However, in some parts of the country, you can see architecture [and] buildings that clearly refer to the 19th-century type of turf houses, which we call the burstabaer.”

Specifically, Sigurdardottir points to Laugar in Reykjadalur and Korpúlfsstaðir, located in Reykjavik. Looking at both, it’s easy to see their architectural lineage. Both also make use of a kind of interconnectedness that hearkens back to the ways in which turf homes easily connect with one another. She also notes the design of Héraðsskólinn, located on the Golden Circle outside of Reykjavik, as working in tandem with a similar history. Turf houses themselves may no longer be common in contemporary Iceland, but their descendants are more plentiful.

Historian Magnús Rafnsson recalls the process of working on the The Museum of Icelandic Sorcery & Witchcraft in Hólmavík, situated in northwestern Iceland. Once the museum was open, the next step was creating a house evoking the living conditions for working-class people in historical Iceland. “The farm building, The Sorcerer’s Cottage, was based on all the information we could gather about the living conditions of tenants and description of foreign visitors to Iceland in the 18th and 19th centuries,” he says. “The house was also built with timber framing according to a local tradition influenced by driftwood on the shores of the Strandir area and what evidence of turf building we could find in Bjarnarfjörður where it stands.”

Several years have passed since the house was first built, leading to the need for renovations — something that, Rafnsson says, is to be expected: ”old people tell us [this] is natural.”

He’s also candid about the design issues that have come up. “The main problem has been [a] leaking roof and sodden walls after heavy rains, very unfortunate in an exhibition,” he says. And there’s one more piece of building material that could prove contentious in attempting to revive turf homes in the present day.

“An elderly lady brought up in a turf house I met last summer told me that as a kid she hated one piece of work,” he says. “That is, to be sent up on the roof in the rain with a bucket of cow manure to smear it over all possible holes.”

Still, when discussing the contemporary benefits of turf homes to Sigurdardottir, she is largely positive about it. “Turf houses with their grassy green roofs are perfectly environmentally-friendly buildings and sustainable,” she says. “The material is taken from wetland areas where the grass root is thick and strong. It lasts for decades in dry weather and rots eventually like wood, just a little faster. [It] is then used as a filling in new walls or put into holes to smooth the meadow or spread it over it like fertilizer. Dry turf provides good insulation against cold weather.”

In an article about the show in The Reykjavik Grapevine, curator Annabelle von Girsewald argued that the time is right for a reconsideration of that combination of materials and design. “With the correct form of technology, there could be ways to work with turf for the future,” she said. It’s another method of exploring how centuries-old techniques could be just the thing to make for a more sustainable tomorrow — and something to make both design enthusiasts and environmental advocates rejoice. 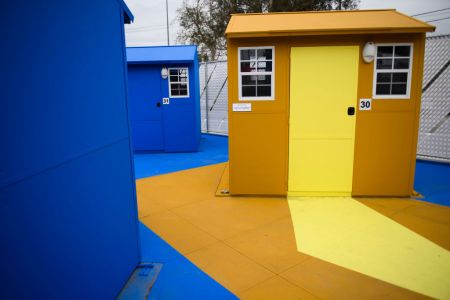 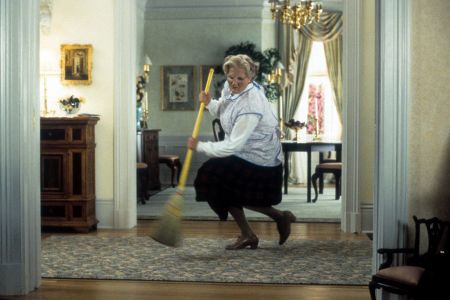 Can Living Near a Movie Location Make Your Home More Valuable? 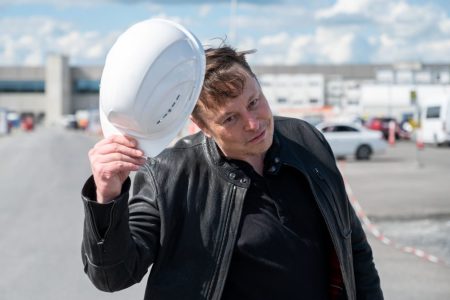