Stop Complaining About Wildlife Corridors — They’ll Save Your Life

Why protecting wild animals will ultimately protect you

Last April, a nine-foot mountain lion was caught in Granada Hills, CA, a fairly populated suburb northwest of Los Angeles. Of the 16 recorded mountain lion encounters in California history, six have been fatal. And almost all of them took place after 1980. The why is simple: we grew into their territory.

Mountain lions need quite a bit of land; they’re territorial by nature and need a lot of space to hunt. In an ideal world, 10 individuals would have an area of about 100 square miles of roaming space. To account for this, the state of California has recently proposed the establishment of a series of wildlife corridors.

These corridors — grassy overpasses or tunnels that connect two areas of wilderness — are intended to prevent human encounters with wildlife. Which really has no downside: according to the National Highway Traffic Safety Administration, 165 people die from accidents with animals, and animal deaths on highways cost us $1 billion annually.

And yet, there is another side to this issue. A very vocal one that disapproves of government spending on them and fears public interference could stymie real-estate development. “Who cares about animals?” they say. “Let’s talk about how this affects the economy.”

But that’s a very myopic stance: the benefits of wildlife corridors to humans outweigh all potential pitfalls by a mountain-lion-inhabited country mile.

Biodiversity leads to more resilient ecosystems, and strong ecosystems lead to better life all up and down the foodchain. We need animals to help seeds disseminate, food grow, and keep us flush with wood for building. More resilient ecosystems also help clean the air. They mitigate forest fires and mudslides. They diminish the chance of outbreaks of viruses like West Nile — bats and birds eat mosquitoes, and they need a biodiverse environment to do so.

And that’s all on top of the whole “I’d rather not have a run-in with a mountain lion when I pick up the morning paper” thing.

Though few long-term studies exist on the effects of wildlife corridors — several larger projects are in place in Asia and Europe — smart money says that the establishment of smaller ones in urban areas could prove helpful.

The best way to support them is to alert your local representative, or donate to the National Wildlife Federation, the Nature Conservancy or the Sierra Club. 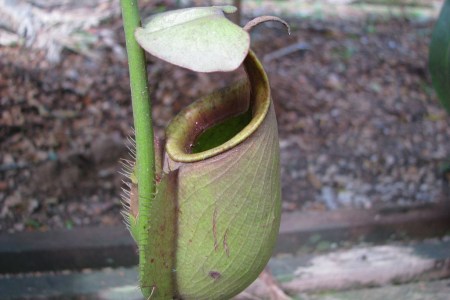