How to Improve Your Push-Up Capacity, the Ultimate Home Heart Test

They're the key to heart health, according to a Harvard study 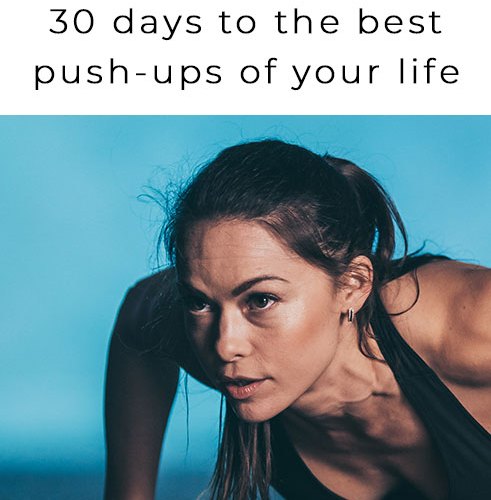 Middle-school gym teachers can rest their case: knocking out 40 push-ups is good for your health, and it’s especially beneficial for those who’ve reached age 40.

This according to a team from Harvard’s School of Public Health, which recently published its findings on the association between an active adult man’s “push-up capacity” and his cardiovascular health. As part of the study, 1,104 men (all firefighters) took a baseline push-up test and were monitored over the course of 10 years. Those who completed 40 or more push-ups at the outset (compared to those who completed fewer than 10), displayed a diminished risk of cardiovascular disease by an astonishing 96%. And of the 37 CDV-related cases reported over the following decade, all but one came from a participant who’d performed less than 40 push-ups.

So, what does all that mean? Increased push-up capacity is a sign of longterm health in your heart. That might not sound particularly illuminating, but as the Harvard team deduced, you should be able to stage your own CDV-risk “test” just by getting on the floor. Don’t beat yourself up if you don’t reach 40 (remember, the control group for this experiment was firefighters, with a mean age of 39.6), but if you’re really struggling to reach 10 or 15, you should consider devoting some time to the exercise. Upping your push-up capacity won’t singlehandely fix your cardiovascular health — better sleep and less alcohol/sodium/stress are also crazy important — but it’s a step in the right direction, and might spur healthier habits elsewhere in your life.

For more information on the study, head here, and for our tips on getting back into push-ups shape, see below.

Stretch
For a long time, men just showed up to the gym and immediately started throwing around iron. Stretching, tissue work and dynamic warm-ups were either not considered or seen as unnecessary additions to a workout already under time constraints. That’s silly. Attempting a workout without stretching is like trying to telecommute using coffee-shop wifi. You will be more efficient, less stressed and more confident when everything’s running smoothly. We suggest loosening up the arms pre-push-ups with stretches of the pectorals, biceps, delts and lower back.

No shame in using the knees
Everyone’s gotta start somewhere. Using a mat with each knee down behind you is an excellent way to reintroduce the motion to your arms and chest. You can also do semi-standing push-ups against a bench or incline. Just remember: don’t get complacent. Eventually you’ll have to try the exercise the traditional way, in order to make real progress.

Master the “perfect push-up”
Nah, we’re not talking about the As Seen on TV sensation. A perfect push-up is a clean, slow down-and-up. Pumping the ground like you’re giving CPR — without much bend in the elbows — doesn’t count. It’s more than OK to sacrifice reps on push-ups if you’re doing them right. One old trick? Find your number for perfect push-ups … let’s say it’s 20. Halve it. Do five sets of that half-figure, each with a minute of rest in between. It’ll offer you volume without overwhelming.

Mix ’em up
Flip over a BOSU ball and log push-ups while holding onto either end, balancing all the while. Grab a set of dumbbells and do five push-ups holding onto each, before doing some Renegades. (Alternating pulling each dumbbell up to your chest … neither easy nor fun.) Attempt some tricep push-ups on an exercise ball. The more methods you try, the more trivial plain old push-ups will seem. You’ll be cranking out 75 in no time.

Steal them during the day
Not necessarily during a staff meeting or your daughter’s dance recital, but there are points during your day where you can “steal” a couple sets of push-ups. I had a coach who famously did sets during commercial breaks while watching TV. Bang out 20 in the morning before your shower, just to get the blood pumping, or as an added jolt to your warmup before a run. These “surprise sets” shouldn’t be high-intensity (see “Stretch” above) but can be a great way to make push-ups familiar and friendly.