The 11 Most Dangerous Vacation Spots on Earth

You might want to do your research before you visit these tourist sites. 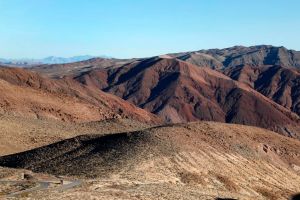 Death Valley has a rather sinister reputation for mysterious vanishings and deaths. The area, located between Nevada and California, covers around 3,000 square miles and is stranger to rain. It holds the record for the highest temperature ever recorded on our planet: 134 °F (56.7 °C). Many have died in the valley from dehydration or heat stroke, including Harry Potter actor Dave Legeno.

Skellig Michael, off the coast of Ireland

The island was made famous after it became a shooting location for Star Wars, but be warned, it isn’t the safest tourist destination. There are 600 ancient steps up the side of the mountain that have absolutely no safety features whatsoever. There’s also no food or water, visitor centers, toilets, or shelter. You also have to take an hour-long boat ride acros potentially rough waters just to get there, and oftentimes boats cannot even dock because of high waves and choppy water. The area is prone to falling rocks, and the stone stairs, which are more than 1,000 years old are rough, uneven, and meandering. Two deaths only months apart in 2009 sparked a review of the safety conditions on the island. 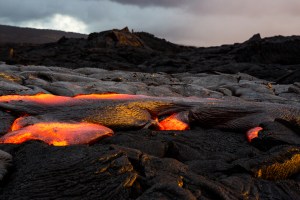 In Hawaii, you can either bike or hike up active volcanos. But both have track records of death and the National Park Service temporarily shut down the bicycle tour in 2007 after there were three deaths and a number of serious injuries within the space of a year. People died after losing control of their bikes, but that’s not the only way fatalities occurred. In the decade between 1992–2002, Hawaii Volcanoes National Park reported 40 deaths and 45 major injuries. A number of the deaths are attributed to the presence of lava haze, which is a mix of hydrochloric acid, hydrogen sulfide, and carbon dioxide. Other dangers include the scalding ocean water, the potential for flying rocks, and a chronic lack of preparation on the part of the hikers.

Action Park was one of the first places to open a wave pool in the U.S. back in 1978. But on opening day, about 100 swimmers had to be rescued from the wave pool. Many places have called the park the “most dangerous ever,” according to Fox, and a documentary reported 110 injuries in just one year, including 45 head injuries and 10 fractures. This could be the reason it would later be nicknamed “Class Action Park” or “Traction Park”. 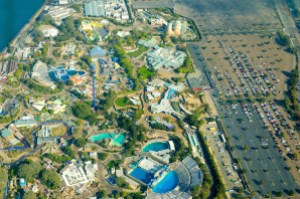 Between Sea World Orlando and Sea World San Diego, there have sadly been many deaths and accidents at SeaWorld parks, including when an orca named Tilikum pulled Dawn Brancheau, a 40-year-old trainer with 16 years of SeaWorld experience, into the water and she drowned. Other trainers have been attacked by killer whales as well, and multiple employees have sued SeaWorld for personal injuries.

Snake Island, Brazil is home to the largest concentrated number of snakes in the world The Bothrop Snake is the most venomous snake in the world

Found off the coast of Brazil, this island is known as being one of the most dangerous places on Earth because it contains the largest concentrated population of snakes in the world and is also home to the most venomous snake in the world, the Bothrops, commonly known as lanceheads. The snakes’ poison is fast-acting, and melts the skin around the bite(s) and according to researchers, there are about five snakes per square meter on the island. But you actually don’t need to worry about a loved one wanting to visit the island, because even though it is beautiful, it is so dangerous that the Brazilian Navy has forbid anyone from landing on it. 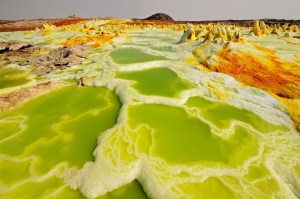 This alien looking landscape in Ethiopia is an incredibly hot place — temperatures often top 120 degrees F (50 degrees C) — but if that weren’t enough, the Danakil Desert also has numerous active volcanoes and geysers that spew toxic gases. Lastly, a swim in the Desert’s acid lakes will be anything but refreshing. 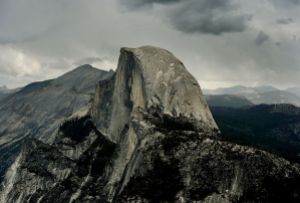 View of the Half Dome monolith from Glacier Point at the Yosemite National Park in California on June 4, 2015. At first glance the spectacular beauty of the park with its soaring cliffs and picture-postcard valley floor remains unblemished, still enchanting the millions of tourists who flock the landmark every year. But on closer inspection, the drought’s effects are clearly visible. (MARK RALSTON/AFP/Getty Images)
AFP/Getty Images

Around 60 people have died on Half Dome and the trail that leads up to it. It takes a  whole day to hike the trail, in which you climb over 5,000 ft (1,500 meters) and the last 400 ft is nearly vertical, so you need to use cables to complete the climb. When wet, the combination of slippery cables and slippery rocks is deadly. There is a section of the Half Dome known as “Death Slabs” and even when not wet, accidents on the mountain are still well documented.

This beautiful beach in Brazil is also infested with bull sharks

Sunny beach, beautiful ocean, what could be better? It was built on the breeding ground of bull sharks. There were 56 shark attacks documented at Praia De Boa Viagem between 1992 and 2012, and though that might sound small, one-third of the attacks ended in a fatality. 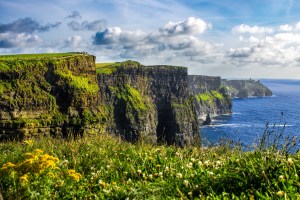 Though they may be one of the most beautiful places in Ireland, the Cliffs of Moher can be deadly. High, unpredictable winds, relentless and equally unpredictable rains make the already steep paths and loose gravel that much more dangerous. In 2006, a woman was walking along the top of the cliffs when wind swept her to her death. In 2010, a huge chunk of the upper ledge of the cliff fell into the ocean (though luckily no one was hurt in that instance).

The trail is nearly 60 miles of hot, humid, leech-infested territory running between the northern and southern coasts of Papua New Guinea. Every year, thousands of visitors make the trek, though there are endless threats. It takes six days to complete the trail, and you must hike, swim and climb to get there. Dehydration, broken bones and illness are the biggest threats, but there are others, including attacks on groups by people wielding machetes, which happened in Sept. 2013. Two porters died and seven others were severely wounded.