On 130-Year-Old Cigars, and Whether You Should Smoke Them

A peek into Principle Cigar’s vintage humidor at Biggs Mansion

A man might think it unwise to spend the entirety of an unusually mild winter day in Chicago indoors.

And yet, here I am, on the other end of a lit cigar.

The place is an 19th-century mansion called Biggs. I am stopping by to meet Darren Cioffi, a Cigar Smoking World Champion (yes, actual thing) and the founder of Nashville’s Principle Cigars. He’s in town to unveil his new partnership with Biggs, a “vintage humidor” stocked with a surfeit of hand-rolled smokables that date back to the 1870s.

We are talking about the incredibly rare world of vintage cigars, a niche market even by collector’s standards. “At the turn-of-the-century, there were one million cigars brands and something like 80 percent of men smoked cigars,” Cioffi explains.

“What is it today?” I ask Biggs owner Richard Bley, who’s sitting adjacent us, zen-like, drawing from his cigar with a well-drilled grace.

To which Cioffi adds: “The entire premium cigar industry makes up only one-half percent of what’s sold. Throw in vintage cigars on top of that and we’re talking about a microscopic dot in the landscape of tobacco.”

We smoke cigars not simply for show, but because it is pleasurable, sensory, therapeutic. We enjoy the pull of a drag, the smoke and how it billows, the art of the roll, the moderation that typically attends the endeavor.

I know this because I, like most men, enjoy an occasional smoke.

Cioffi smokes for the same reasons, but with a very special distinction: he has a deep-seated love for antique packaging and vintage cigar labels, which he’s traveled the world and back collecting.

So when he shows me stogies from 1870, he says things like “this is a transitional box.” He talks about the artwork. The cigar band. The fact that they are original, pure (i.e., pre-embargo) Havanas and many cigars this early were a bit less refined in shape. Price per stick: $1,100.

But pre-embargo Cubans are not the only coveted stoges up for sale here.

Cioffi introduces another box as an example of “American cigar packaging at its finest.” He pulls out a dusty carton from the humidor. It’s dated 1931. “These are Puerto Rican. It’s interesting that the cigarmaker took the time to note the two regions in Puerto Rico from which the tobacco came.”

In a standard cigar lounge scenario, you like what you see and you smoke it. But with vintage, you might wanna ask some more questions. Namely: Can I really smoke this thing?

“Once you’re dealing with cigars of this age,” Cioffi says, “we’re probably not gonna sit down and toil over the nuances of the flavors. I mean, we are. But it’s all very relaxed stuff. We’re not chasing the original flavors in a 130-year-old cigar, we’re chasing bizarre notes that are not thought of in tobacco.”

“A 100-year-old cigar is not sitting there getting better. It just is what it is.”

This esoterica is not just for show. Cioffi’s knowledge of tobacco and its history informs Principle Cigars’ bespoke cigar collection, his lifeblood and primary business. They produce two fantastic house blends for Biggs; they’re also the two best smokes you find anywhere in the city.

Why? No other tobacco man is more sought-after than Hendrik Kelner, Jr., son of Henke Kelner, master blender for Davidoff. And Kelner the younger is Cioffi’s feet on the ground in the Dominican Republic.

“From the agricultural and blending perspective, the Dominican Republic is royalty,” says Bley. “What’s so great about Darren’s stuff is the access no one else gets.”

Both offerings — 6×50 toros — are complex five-country blends. One Cioffi describes as very “old-world with leathery, earthy tones that strengthen halfway through,” the other “more subtle, and with citrus as the dominant flavor.”

You can pick some up, and peruse the whole vintage collection, by paying a visit to Biggs.

Stay awhile when you do. 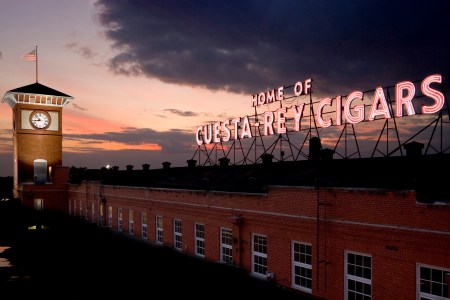 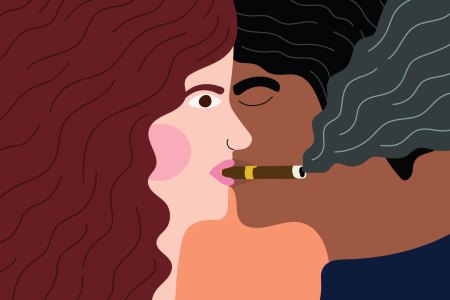 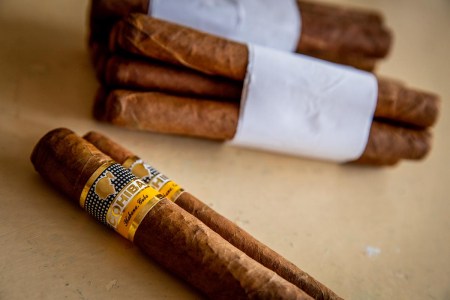