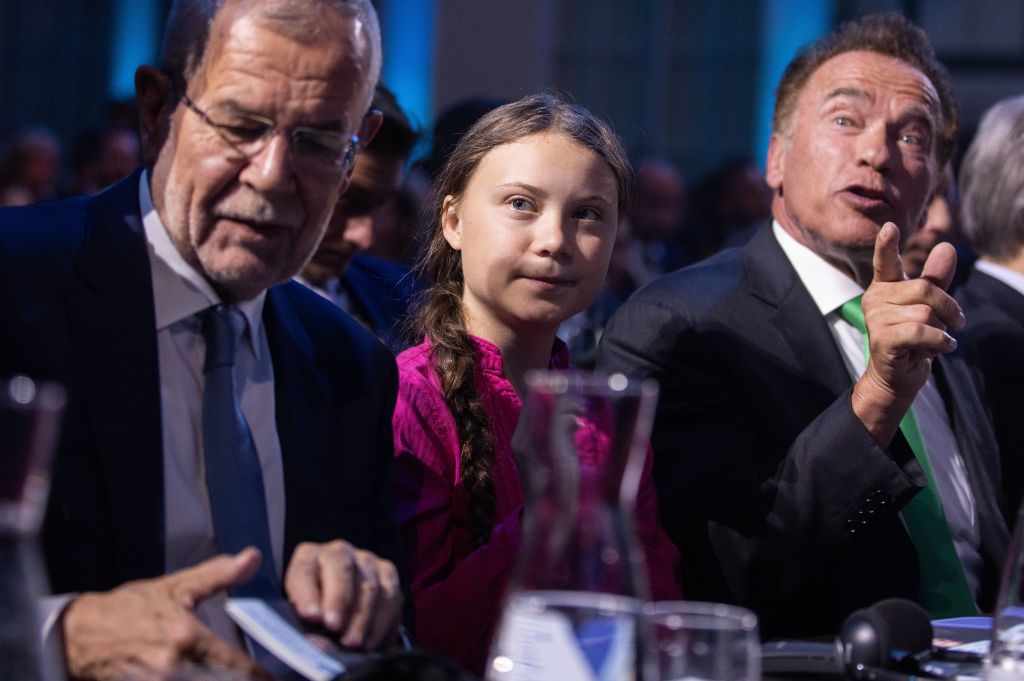 Climate change activist Greta Thunberg famously doesn’t fly to reduce her carbon footprint, and since she’s currently touring North America on her way to Santiago, Chile on Dec. 2 for the 2019 United Nations Climate Change Summit, she’s in need of some efficient transportation. Enter the Governator.

As Car and Driver reports, Arnold Schwarzenegger arranged a Tesla for the 16-year-old to use on her journey to various events across the United States and Canada. “Getting his electric Hummer across the country would be quite a challenge, so it isn’t his personal car,” his spokesman told the publication. “It’s a Tesla Model 3.”

Schwarzenegger is a big fan of electric vehicles. In addition to his electric Hummer, said to be the first of its kind, he also owns an electric Mercedes-Benz G-class. It’s a long way from his early days as the face of the gas-guzzling, big SUV’s of 1990s that the action star and former governor helped popularize. These days, the Terminator star is so pro-electric that he’s even dressing up like a used car salesman to create viral videos to promote more environmentally-friendly options for getting around.

The spokesman also told Car and Driver that Schwarzenegger told Thunberg to call him if she needed anything. With the Tesla Model 3, “Greta can travel fully electric through the United States and Canada,” he said. The two first met back in May at a climate summit in Austria, Schwarzenegger’s home country; after the meeting, the former governor of California tweeted that he was “starstruck” in the presence of the teen activist.

Excited to kick off our @R20_AWS in Vienna. I have to admit I was starstruck when I met @gretathunberg. Tune in tomorrow. pic.twitter.com/b0c5FtmZDq

Read the full story at Car and Driver