Every Airport Should Do What This Amsterdam Hub is Doing

Amsterdam’s Schiphol Airport understands that this summer of travel has been awful, and that airports have had just as much to do with all the problems as the airlines. Their excellent response? They’ll pay you for your troubles.

Per an airport press release: “Amsterdam Airport Schiphol will introduce a scheme for passengers who were at the airport on time between 23 April 2022 and 11 August 2022, but missed their flight due to an exceptional waiting time at security control.”

Passengers who were at the airport during that time frame have until the end of September to submit a claim, which includes costs incurred to rebook a flight or for a replacement flight, alternative transportation, extra travel costs incurred traveling to Amsterdam Airport Schiphol or another airport, accommodation costs at or near the airport and expenses for “non-cancellable accommodation, transport or activities at their destination.” So, basically, they’re not just paying for another flight, they’re offering to pay for all the extra costs (including hotels) that passengers incurred because of long security lines.

“A lot of people have really been looking forward to their holidays abroad, especially after two years of COVID. We’re extremely sorry that some people have missed their flight due to the long security control queue,” says CEO Dick Benschop of Schiphol. “They’ve had to miss out on all or part of their holiday, and we really sympathize with them. The broadcast of MAX Vakantieman and the appeal made by the Consumers’ Association has underscored this sentiment. During these special times and circumstances, we must not let these people fall through the cracks.”

Ben Schlappig at the travel site One Mile at a Time actually thinks the offer sounds too good to be true. “Am I the only one who thinks this almost seems unrealistically and suspiciously generous, though, at least as published?” he asks, noting that there’s no published cap to the expenses and the airport may not really be able to determine if a person missed their flight by waiting in line too long at security.

He adds: “I hope that the airport is making this offer in good faith and intends to pay out, rather than using this to simply delay public outcry for another six weeks, with lots of claim denials at that point.” 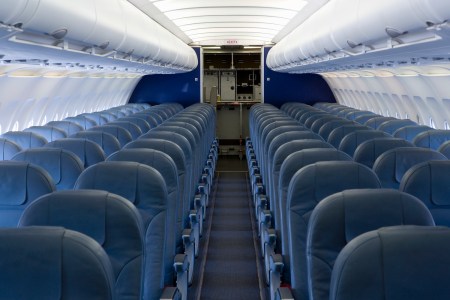 Are Reclining Airplane Seats Becoming a Thing of the Past?