The league reportedly earned more than $10.8 billion in 2022

MLB raked in more money than ever in 2022.
Dylan Buell/Getty Images
By Evan Bleier @itishowitis

If it seemed odd that a plethora of Major League Baseball players landed guaranteed contracts this offseason that will pay out north of $300 million, a new report from Forbes appears to have a fairly simple explanation as to why MLB teams were willing and able to shell out big bucks.

The jump in revenue in 2022 is particularly notable as it came after a season that was delayed by a 99-day lockout, a pause which may have resulted in league-wide batting average plummeting once games finally began. The decrease in offense clearly wasn’t offensive to advertisers as the league’s sponsorship gross revenues of $1.19 billion in 2022 were a 5.6% increase from 2021, according to a report by IEG. 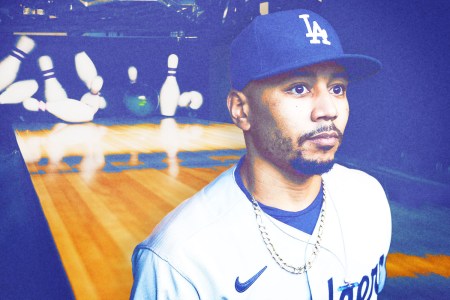 “The largest business sectors that partnered with the league included beer, insurance, technology, automotive, telecom, apparel, betting/lottery/gaming, non-alcoholic beverages, mortgage and brokerage, and wine and spirits,” per Forbes. “The increase in gross revenues is striking as it comes at a time when game attendance continues to decline.”

Perhaps attendance will shoot back up in 2023 when MLB rolls out much-needed changes to speed up the pace of play and increase in-game actions including a pitch clock, a ban on defensive shifts, limits on throws to first base and larger bases which should theoretically encourage steal attempts. If those alterations actually add some buzz to baseball and increase viewership, perhaps more fans will be able to remember who won the World Series.

Fewer Americans watch that than watched the World Cup, but it was the Astros.