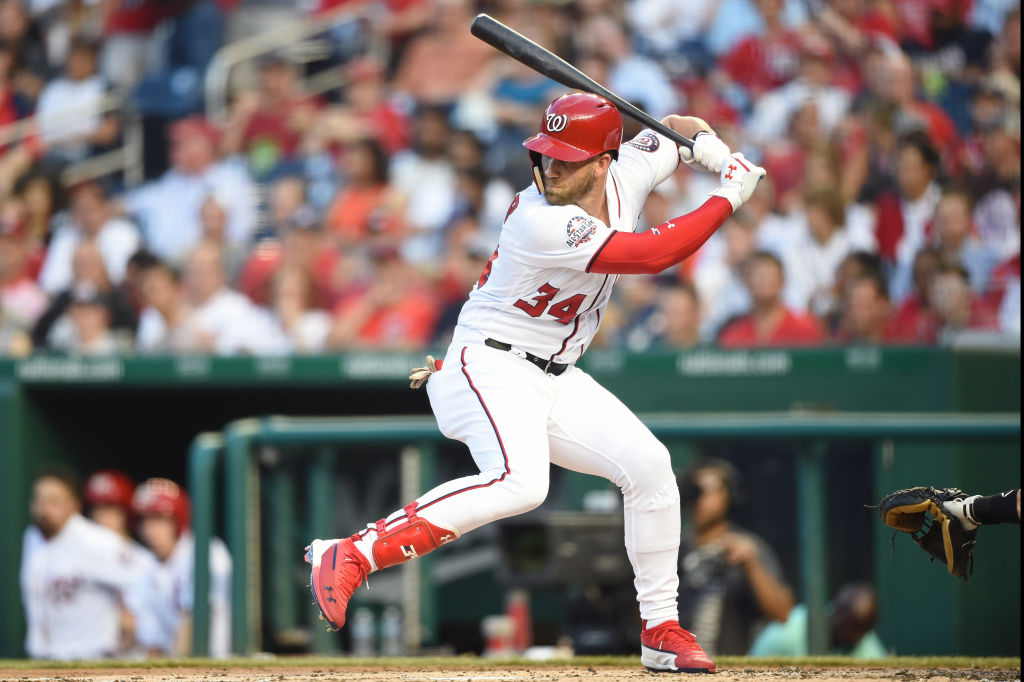 Bryce Harper #34 of the Washington Nationals prepares for a pitch during a baseball game against the Miami Marlins at Nationals Park on July 5, 2018 in Washington, DC. The Nationals won 14-12. (Photo by Mitchell Layton/Getty Images)
By Bonnie Stiernberg / August 19, 2019 12:13 pm

Things like sabermetrics, instant replay and controversial new rule changes have alienated plenty of old-school baseball fans, but they’re not alone: in a recent interview with USA Today, some former players and managers weighed in to voice their concerns for the state of the game.

“I can’t watch these games anymore,” Hall of Famer Goose Gossage said. “It’s not baseball. It’s unwatchable. A lot of the strategy of the game, the beauty of the game, it’s all gone. It’s like a video game now. It’s home run derby with their [expletive] launch angle every night.”

Gossage, Lou Piniella and Pete Rose all bemoaned the current emphasis on dingers over small ball, arguing it’s destroying the spirit of the game. “All anybody wants to do is launch the ball,” Piniella said. “They’re making the ballparks smaller, the balls tighter, and all we’re seeing is home runs. There are no hit-and-runs. No stolen bases. Nothing. I managed 3,400 games in the big leagues, and never once did I put on a full shift on anybody. Not once. And I think I won a few games without having to shift.”

The focus on home-run hitting instead of fundamentals has led to a record number of strikeouts in the MLB; hitters are on pace to strike out 42,607 times this season, breaking the record for the 12th consecutive year.

“We’re seeing all kind of guys who can hit home runs, but they can’t hit,” Rose said.

Perhaps that’s why, as USA Today points out, attendance is down approximately 800,000 from last season. Gossage blames executives and coaches who live and die by stats instead of relying on baseball experience.

“They got it so an [expletive] coming off the street who doesn’t even know what a damn baseball is can manage our sport,” he said. “It’s like rotisserie baseball. These [expletives] won their rotisserie leagues at Harvard and all of those [expletive] schools and now they’re general [expletive] managers.”